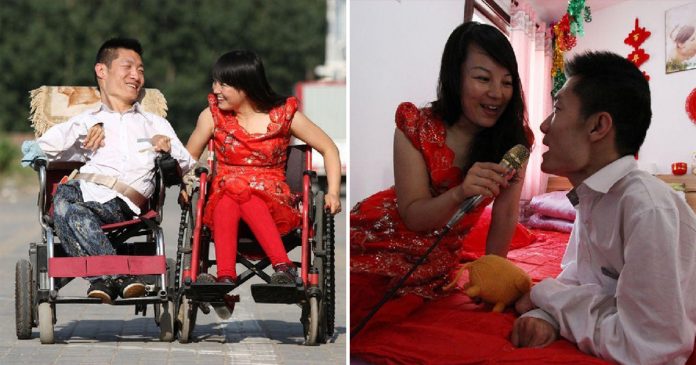 The institution of marriage has become somewhat less sacred in today’s era than it did a few decades ago. Only a handful of couples can sustain their marriage and are willing to grow old together as they work through times of hardship. This couple in China prove that it is possible to be in love and to help each other through strife. People who have witnessed their relationship cannot help but to feel happy for them.

They truly are a spectacle of what a relationship should be like.

These two people have come together despite their individual disabilities 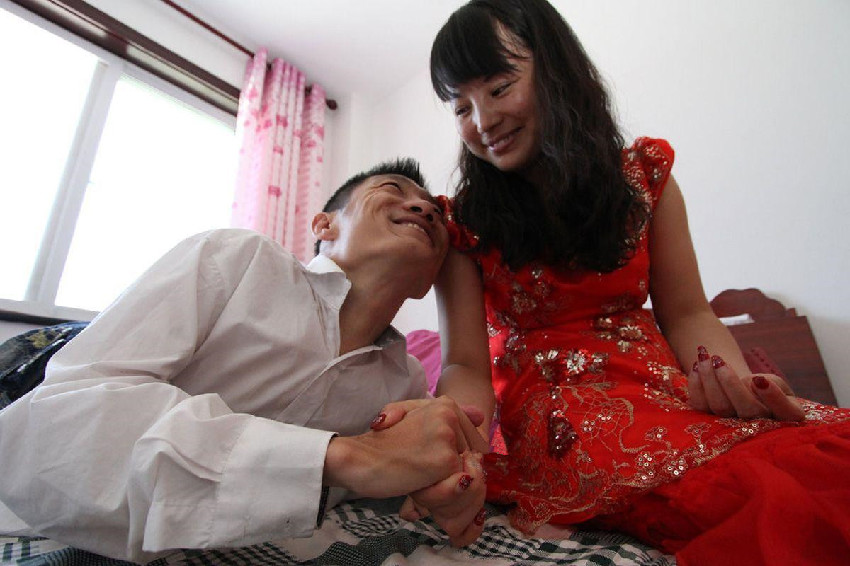 They prove that they are like any other regular couple in love because they choose not to let their shortcomings restrict them from living life to the fullest.

They have found their soulmates in each other. The husband was born without his legs and his wife is bound by a pair of crutches as she does not have full control over her legs. They have found a way to sustain themselves and it is by having an online shop which they manage from the comfort of their home.

Despite their individual disabilities,they prove that they are like any other regular couple in love 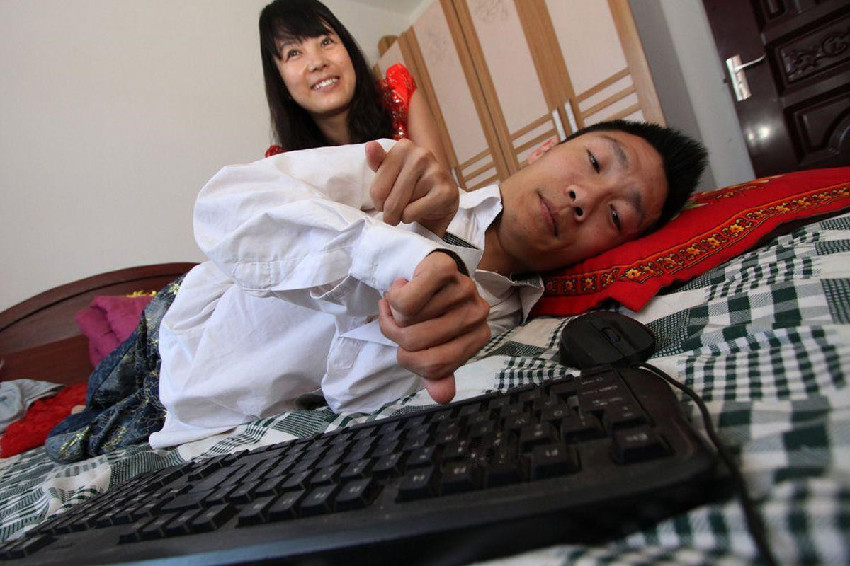 Both of them have a passion for music and it serves as a way to deepen their relationship as well as strengthen the bond they share. Their household is always filled with music and they often sing along together.

The blissful couple is always living in the moment. They keep themselves occupied in each others company and also by tending to their online store. 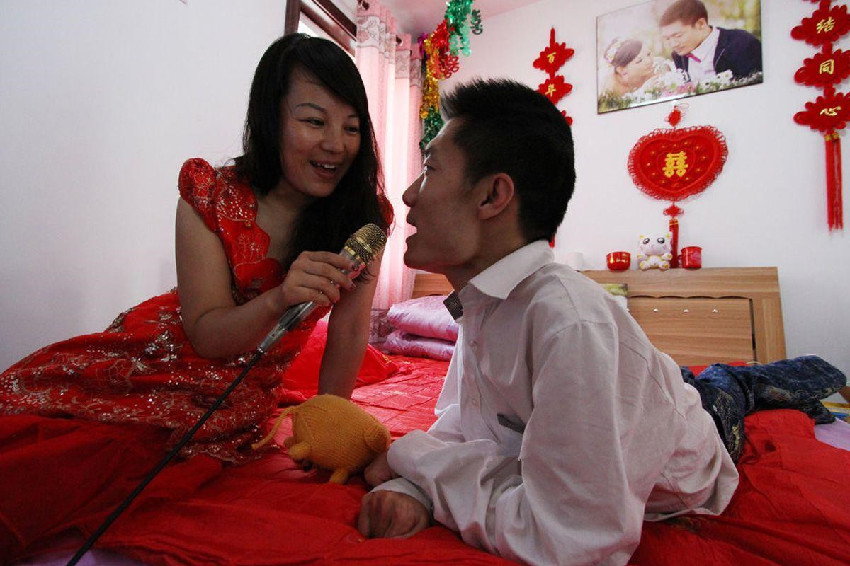 It is obvious that they care for each other deeply 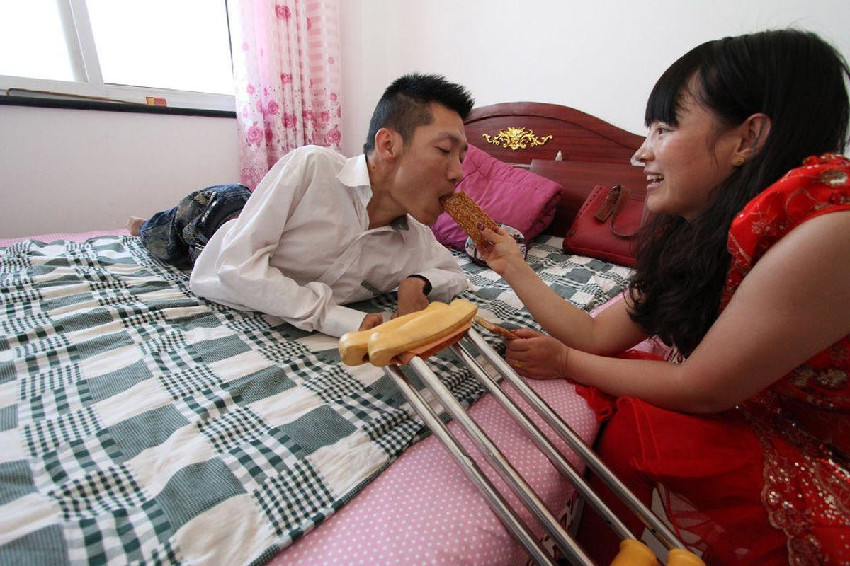 Their families objected to their union because they were sure these two could not sustain their relationship, but the couple proved them wrong. Thanks to their determination and perseverance, they managed to break all obstacles.

The wife who can only move slowly because she has difficulty in using her legs, is trying her best to train her limbs in order to care for herself and her husband. They had promised to look after each other for the rest of their lives. 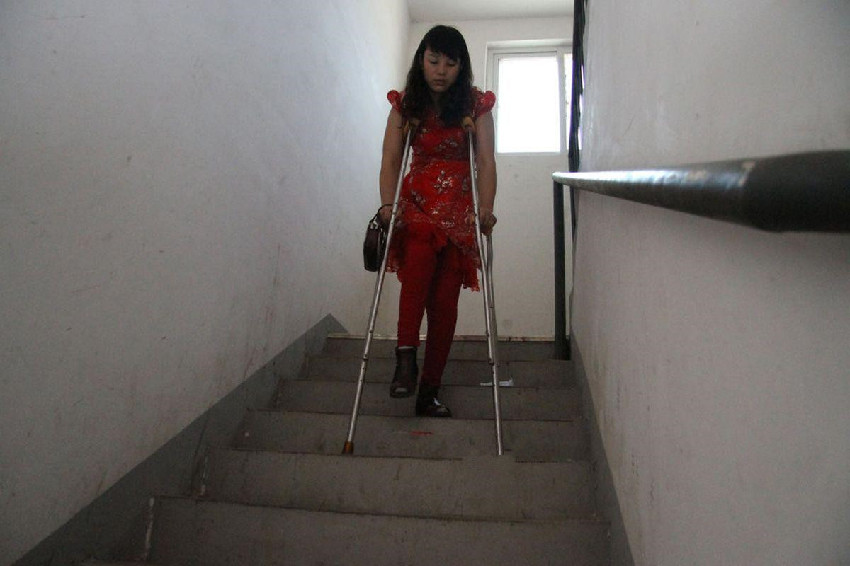 When it is bright and sunny outside, they take the chance to got out for a stroll together. Many people often stare at them but they don’t bother acknowledging these strangers. They just appreciate each other’s company and the great weather.

They know people will find it hard to understand the dynamics of their relationship but it is of no consequence to them. They remain optimistic and they’re ready for the obstacles to come because they know they are not alone.

Great weather to be strolling along the streets arm-in-arm 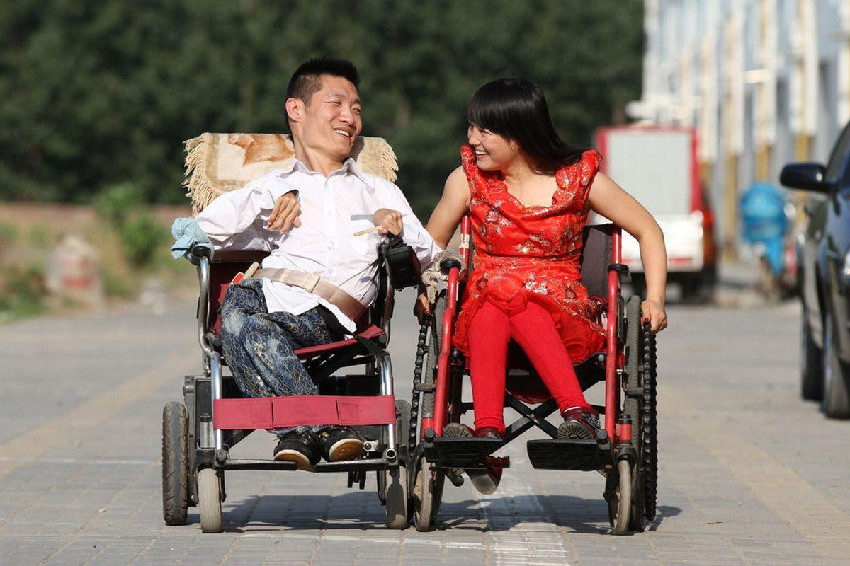 This couple’s story really is and inspirational one. Despite both of them having physical disabilities, they are not depressed or sullen about it. Instead, they look on the bright side and are both happy they found each other.