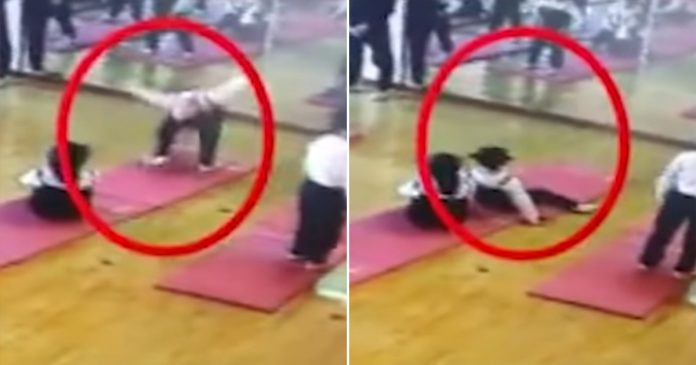 Yoga an umbrella term for several physical, mental, and spiritual disciplines which originated from ancient India. This exercise is practiced by many because it is known to promote relaxation, reduce stress and even improve some medical conditions.

Recently however, a CCTV footage was obtained and put on the internet and it shows a little girl who became gravely injured in a yoga class. The video shows a clip of a young girl who falls down after attempting to perform a stretch called the ‘black bridge’. The CCTV footage was taken from a dance studio in Zhengzhou, Henan Province. She then does two different back stretches before collapsing on the floor, unable to get back up on her feet.

Scroll down to watch the studio’s CCTV footage: 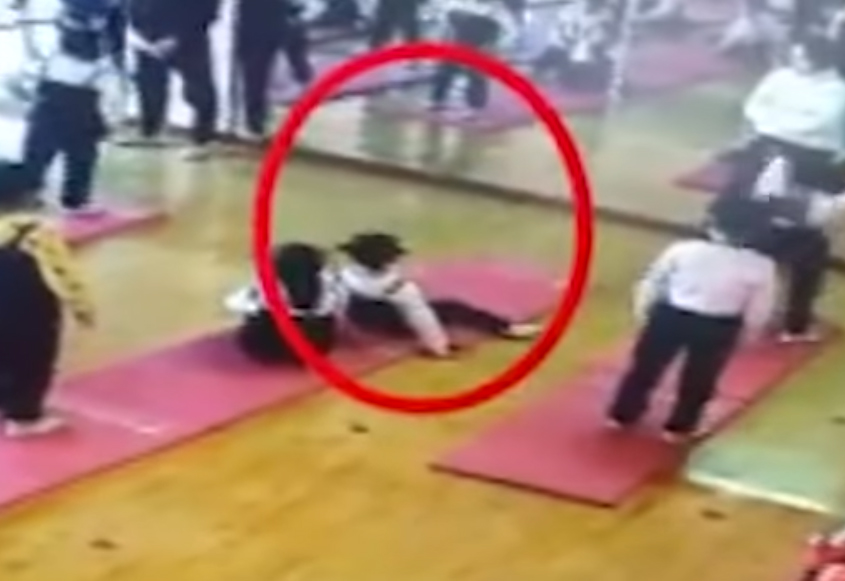 The young girl is known as Xiao Bao and she was immediately rushed to the hospital after her instructors discovered she had lost all feeling in her legs as local media reports. Reports also say that she showed signs of incontinence as she had lost control of the lower half of her body.

She was taken to Zhengzhou Children’s Hospital where doctors performed tests to examine the cause of her condition. The doctors discovered that the girl did not dislocate or fracture her spine but she did seriously injure it. 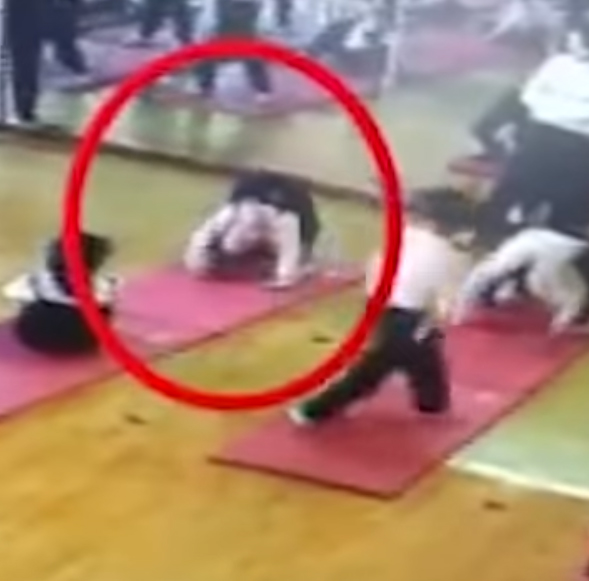 Xiao Bao was taken to Zhengzhou Children’s Hospital after her instructors discovered she had lost all feeling in her legs.

Doctor Qi Lin who is the head of Neurosurgery at the hospital told the media that “the prognosis was not looking good.” She continued by saying “There’s a real chance this child could be paralyzed for life in her lower body.” 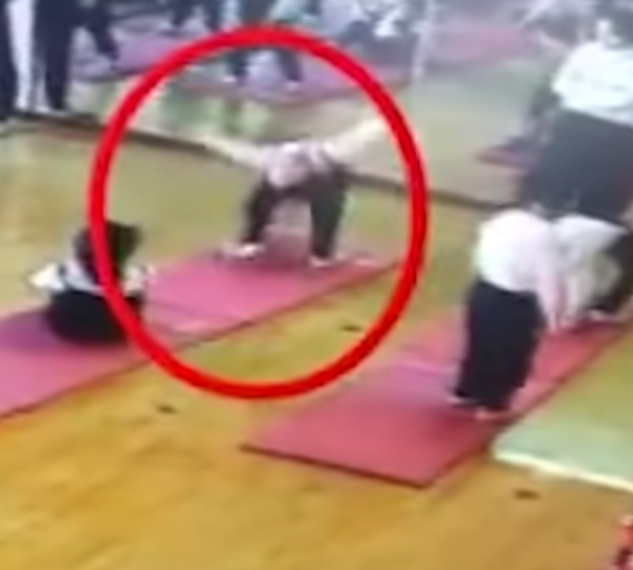 Xiao Bao’s parents went back to the dance studio and found that they did not have a legitimate license to operate. They also found that that none of the teachers were accredited dance trainers.

Jing-Ke, who is the Vice-President of the Hunan Dancer’s Association told local dance studio outlets that the 4-year-old was performing an advanced move that should only be attempted by children over the age of 7 to 8 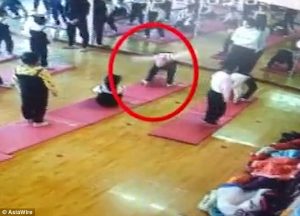 The dance studio had no license to operate and the dance instructors had no accreditation.

He said “The problem with this dance school arose from how it organized its classes.”

“From the ages of 6 to 8, children are usually unable to perform a ‘back bridge’ on their own. This move is usually first attempted only after a child turns 7 or 8.”

The dance school offered $1,574 to the family as compensation for the girl’s injury. It is understood that they will be increasing the sum reported the Daily Mail. The girl’s parents are also pursuing legal action against the dance studio’s owners.

Watch the video of the incident below:

Apparently, this kid stole the show at a county fair when...