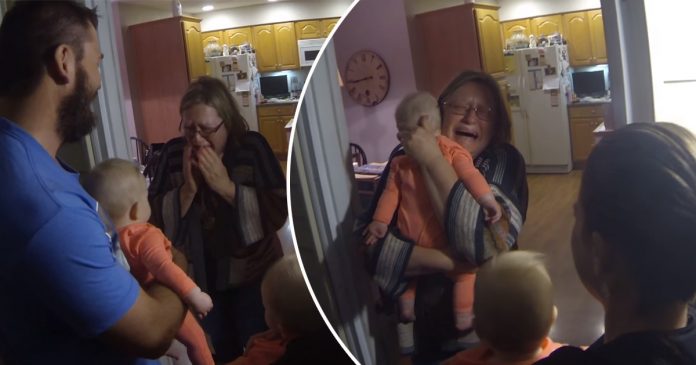 The world is becoming increasingly globalized and that means people can travel to almost any country they want to in order to settle down. Although this is great news for families who want to raise their children in better climates, this would mean they’d physically move to a different country and leave the rest of their family members behind.

They may come back to visit during celebrations and they can FaceTime or Skype to their hearts content but there is nothing like seeing a person face-to-face. That is why this couple who is currently living in New Zealand, decided to take their six-month-old twins on a 17-hour flight.

Scroll down to see the heart-warming video! 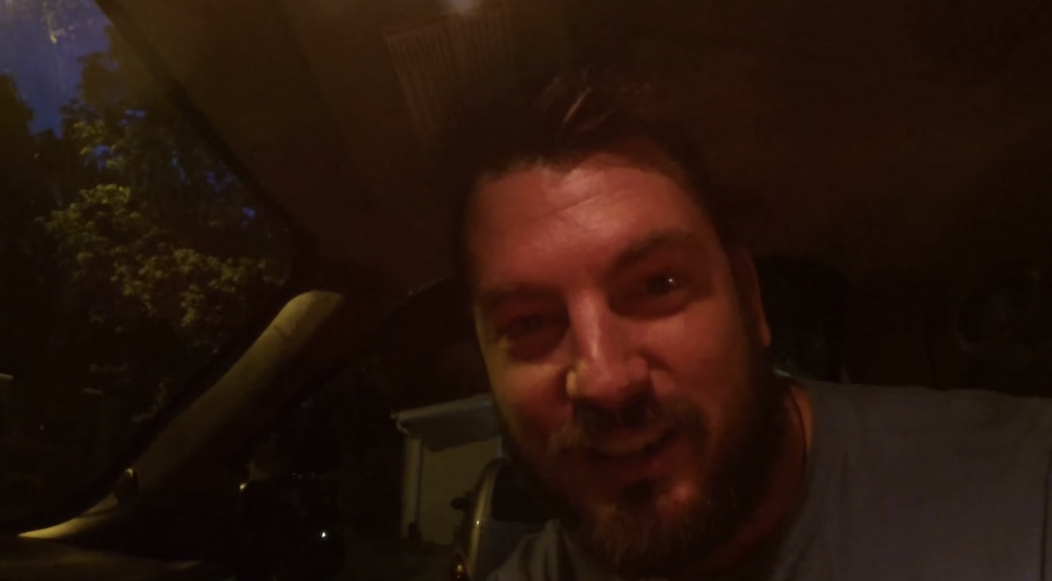 A couple named Alex and Paula live in New Zealand with their two baby girls. Alex’s parents however, live all the way in the U.S. and they have not met their granddaughters. The Huffington Post reported that the twin baby girls were the first girls born in Alex’s family in 54 years!

The family flew to Missouri, United States with one mission in mind and that was to surprise the baby girl’s grandparents. This trip is made even more special because they are first-time grandparents as Alex was the first of their children to have kids.

The twin baby girls were the first girls born in Alex’s family in 54 years! 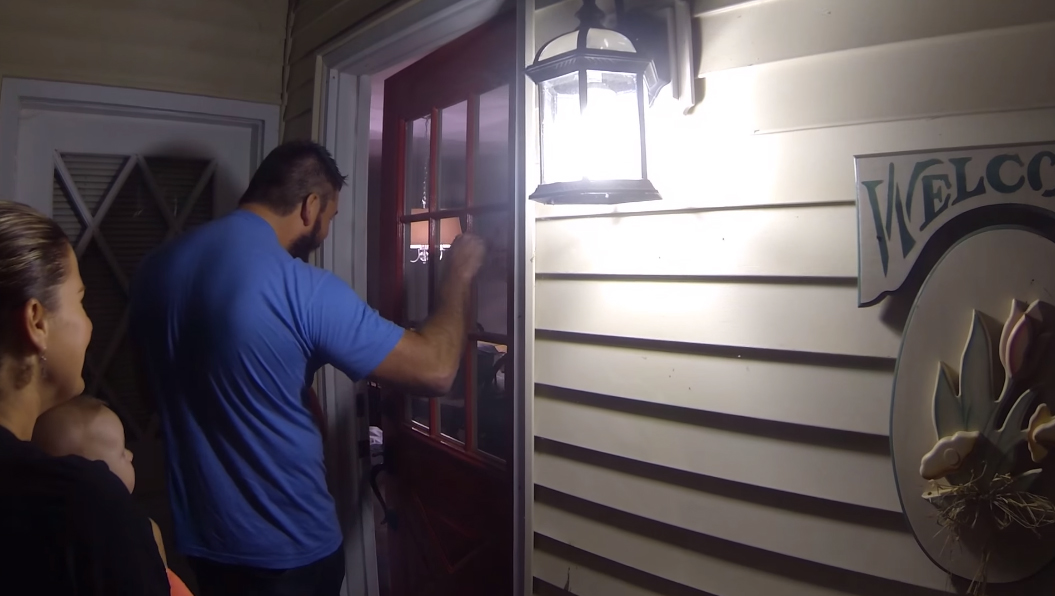 The old couple had no clue that their son was going to pay them a visit and was utterly dumbfounded when she answered the door. She was met with her son and daughter-in-law standing in her doorway with the two baby girls in their arms. Words failed her and she started crying because she was so overwhelmed.

After giving herself some time to realize what was happening, the grandmother of two finally managed to say “Oh, my babies!” before reaching out to her granddaughters. After 17 hours of flights and additional travelling, Alex and Paula’s baby girls seem really tranquil when they met their grandparents.

The first thing their grandmother managed to say was “Oh, my babies!” 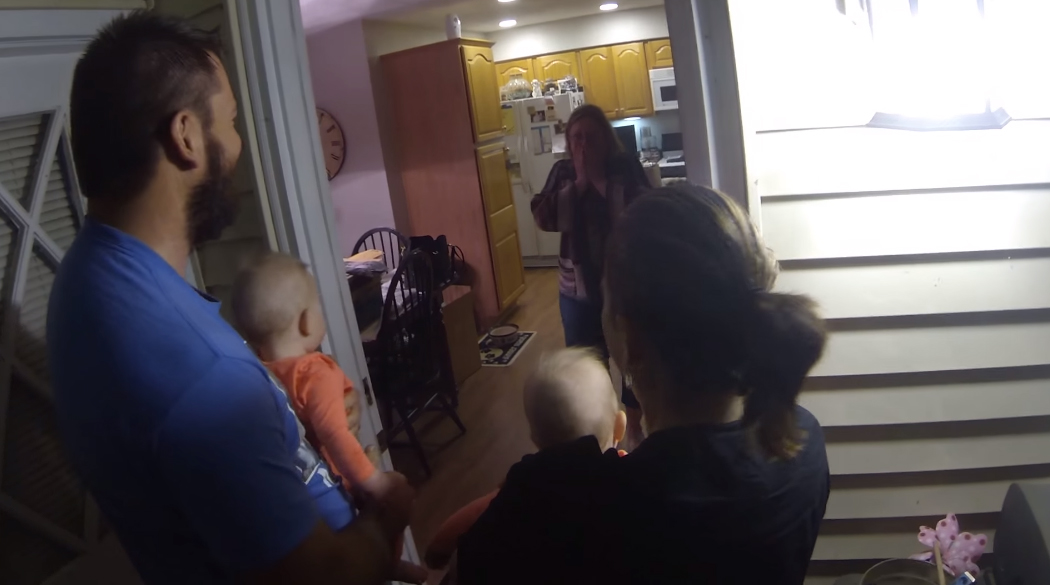 She was so overwhelmed that it looked as though she could not decide on which baby to grab first before ultimately determining to carry them both at the same time. The two girls were receptive and went to their grandma without hesitation. In fact, they seemed to like her right of the bat because you can see them warm up to her almost immediately.

After going inside, Paula who is Alex’s wife laughed and exclaimed “You’re covered in baby!”

To which her mother-in-law gleefully responds by saying “That’s right, and I’m not giving them up, either!” 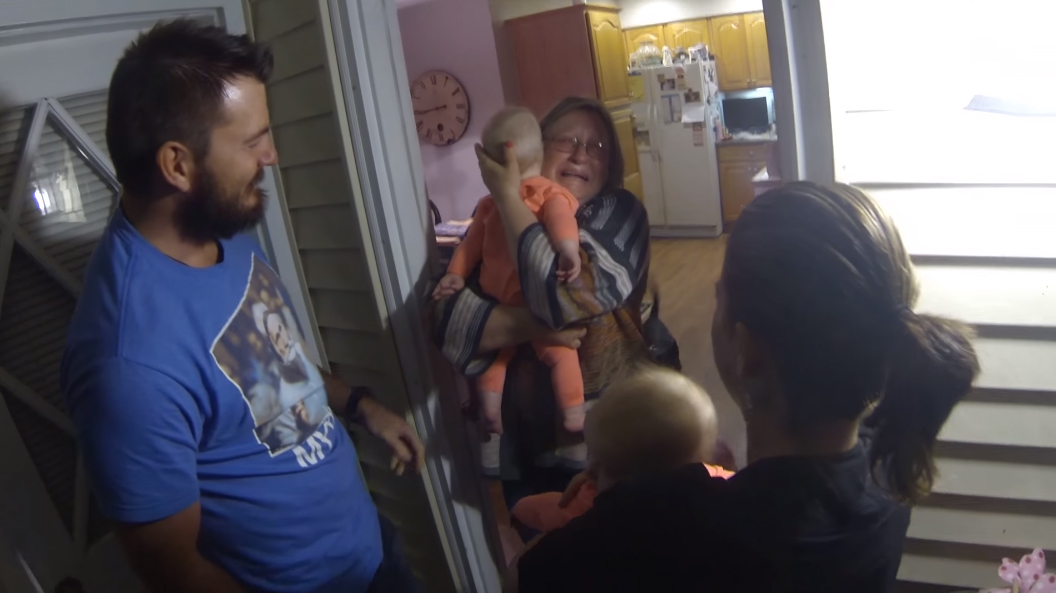 The whole family radiated an air of exuberance because everyone was excited to see each other. Alex and Paula were smart to have filmed this memorable moment because the girls will definitely thank them for it when they are older. 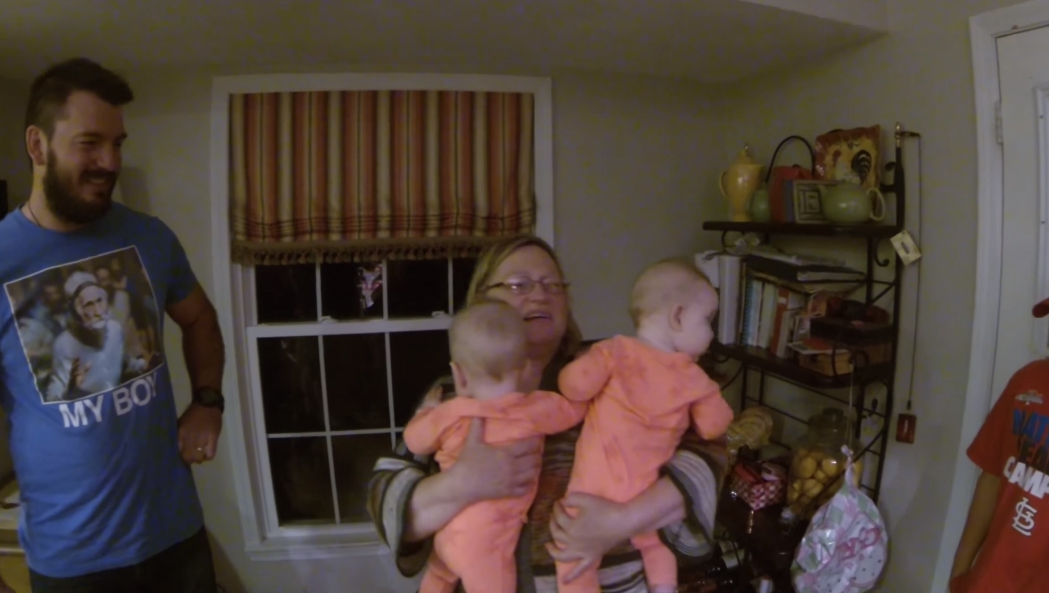