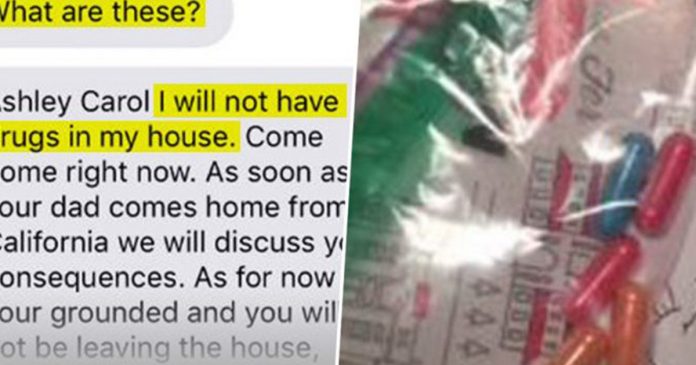 It is definitely not easy to keep our children under surveillance 24/7. The only option most parents have is to trust their children not to involve in any delinquent behaviours like taking drugs and underage drinking. Unfortunately for this mother, she accidentally discovered ‘strange pills’ in her teenage daughter’s bedroom. The mother asked her daughter to come back home straight away but to her surprise, her daughter just laughed it off!

In the viral text exchange between the mother and the daughter, it began when the 16-year-old teenager, Ashley Banks asked her mother to search for a calculator in her drawer.

In the mid of her searching for the device, her mother was broken-hearted to find a plastic bag containing several colourful pills 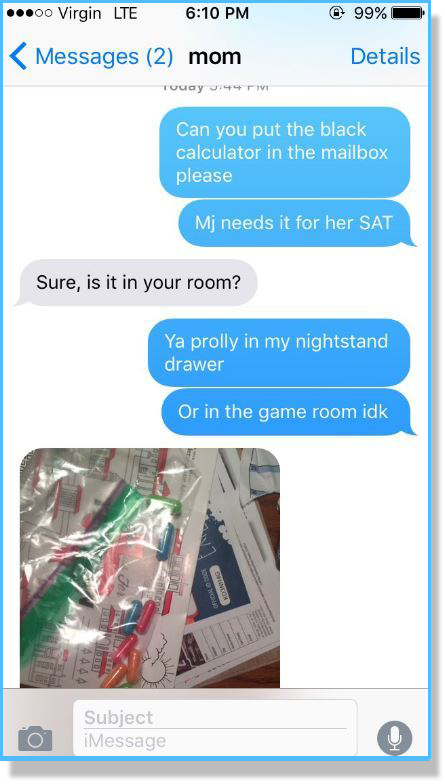 Without much hesitation, her mother then texted her to come back home immediately and that she was grounded 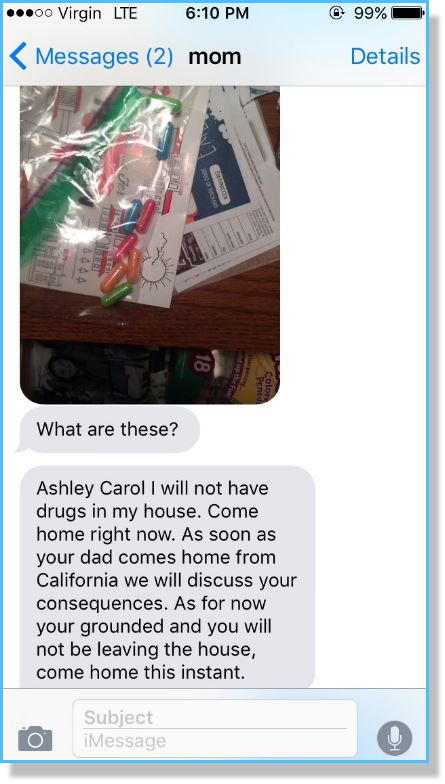 Nevertheless, Ashley’s response regarding the pills puzzled her mother as she assured her that they were not drugs as she thought they were before asking her to put them in water.

So, her mother did as her teenage daughter told her to.

To her surprise, the pills then transformed into… 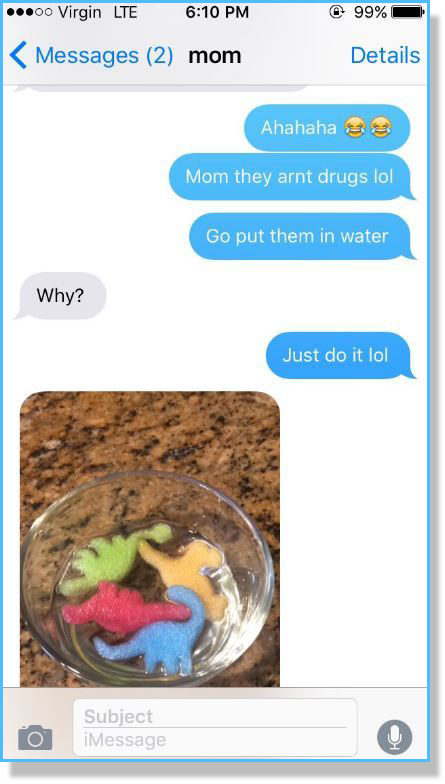 Apparently, the pills were magic grow capsules in the form of colourful dinosaur shapes which transformed into fun shapes when dropped into water 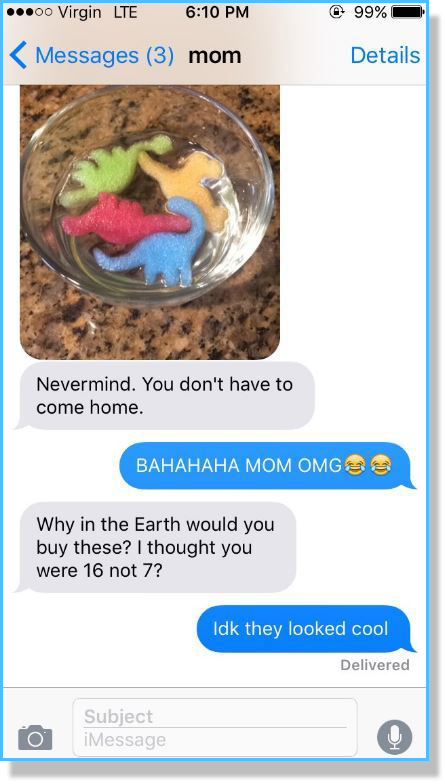 Ashley then posted screenshots of the hilarious conversation to Twitter and it had been retweeted over 43,000 times in just a week!

“Me and my mom have a really good relationship. I stay out of trouble and my mom knows that.”

Ashley said that it was particularly funny as her mother knew that she was into sports rather than partying.

“That’s why I was so shocked that she thought they were drugs because I am the complete opposite of someone who would do drugs,” Ashley said.

“I think at first my mom was just in disbelief that it happened,” Ashley said. “But now we look at it and laugh.”

We can imagine how relieved her mother was when she found out the truth about the ‘pills’! Now, Ashley no longer have to ‘hide’ them in her drawer!

Woman misread email and sent photos of herself to car insurance...