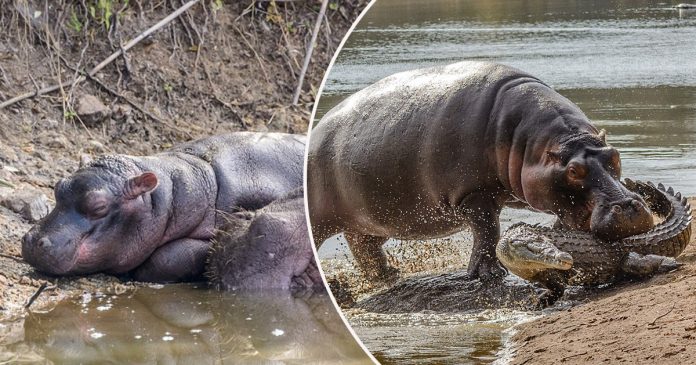 An unbelievable sighting of a Hippo attacking a crocodile has been caught by a photographer at the banks of Lake Panic in Kruger National Park and the reason of the attack was incredibly shocking!

Amateur photographer, Ken Haley, captured the intense moments when the hippo bites on the tough skin of the crocodile and seems to not let the reptile go. 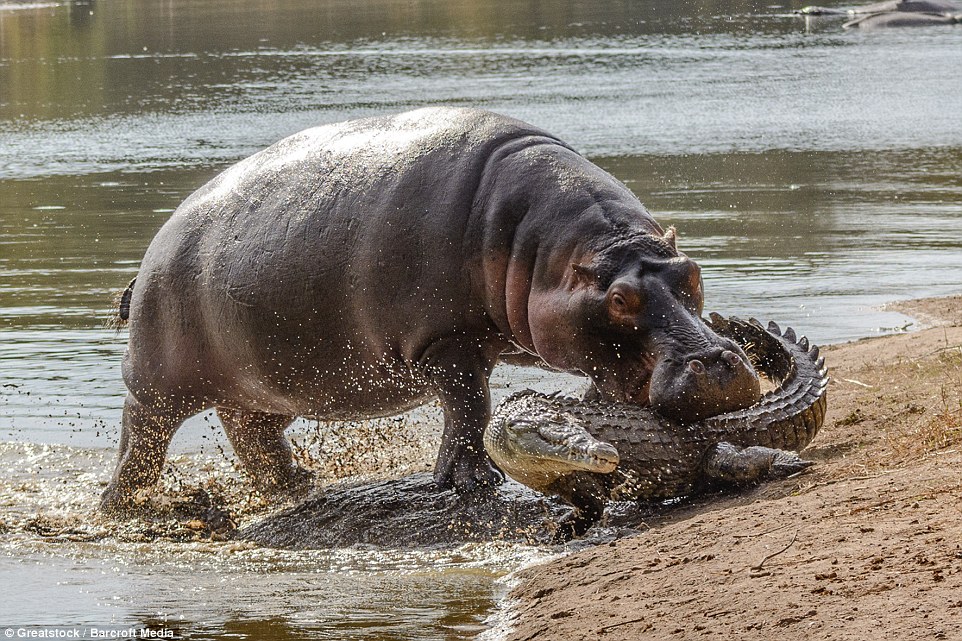 It appeared to struggle to escape from the fierce hippo’s jaws.

Apparently, the hippo could sense that the crocodile was in the midst of attacking her calf so she set out to protect her baby before things went worse.

“My first reaction was one of shock at the speed of the hippo and her level of aggression against the crocodile… The hippo must have felt that her calf was under threat from the crocodile and her protective instincts kicked in,” Haley said 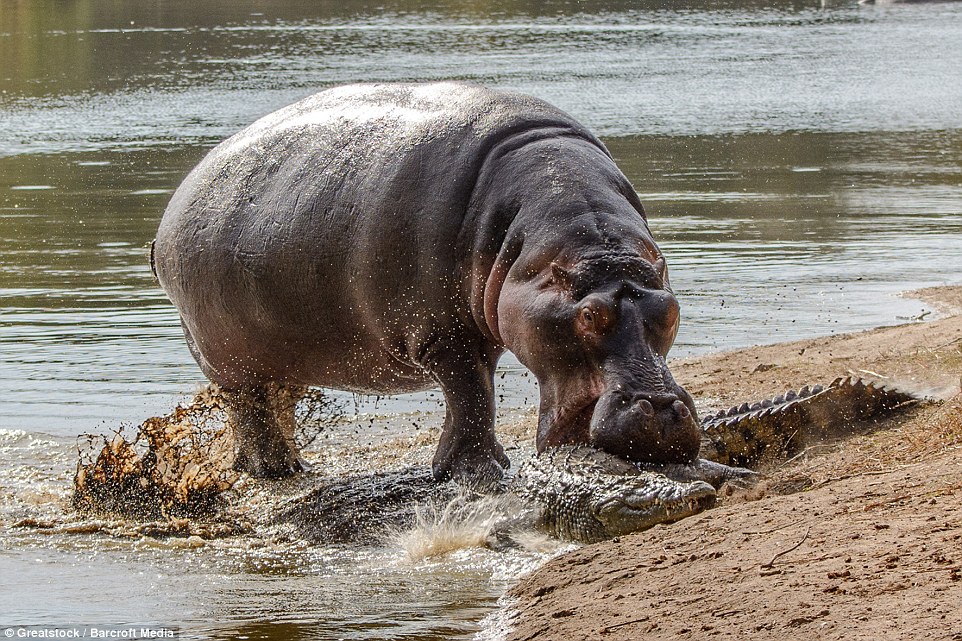 “The crocodile was lying still on the shore, pretty much minding its own business, when suddenly the hippo charged out of the water and attacked the crocodile,” said Ken 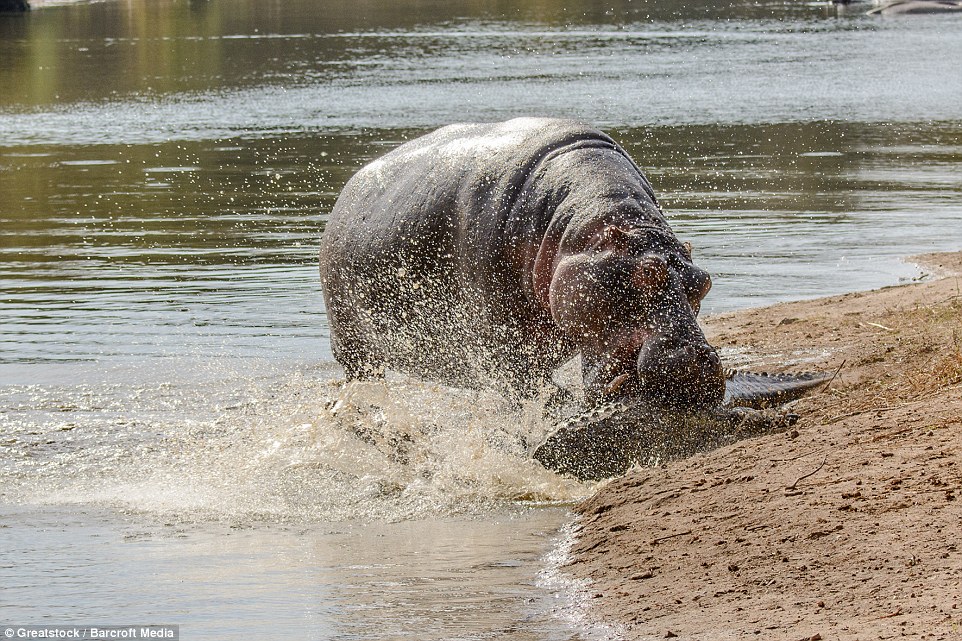 “The hippo held its grip for a couple of seconds before the crocodile was able to escape into the safety of the dam. It disappeared into the water and I didn’t see it again” 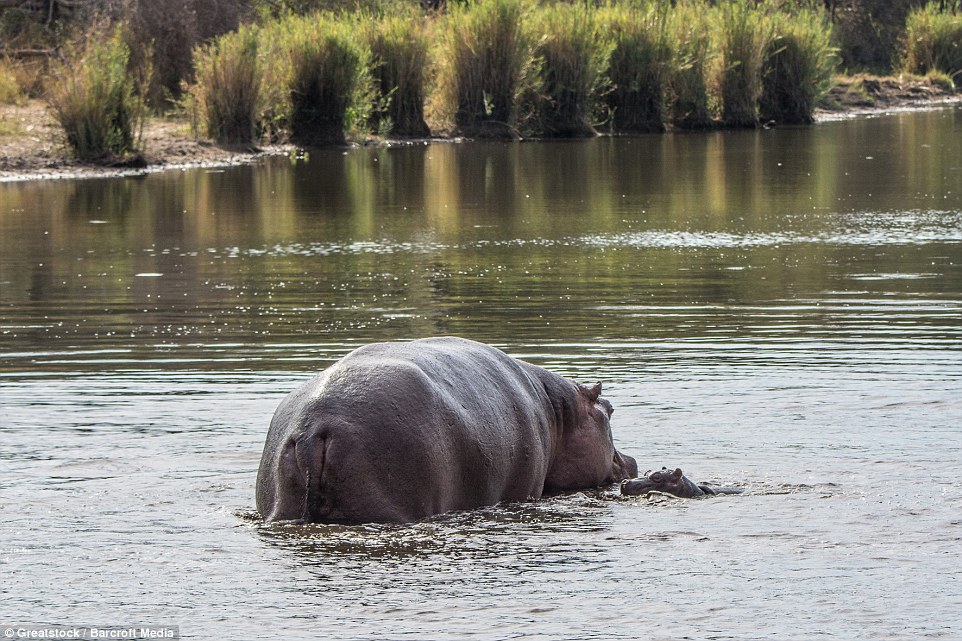 After the warning was delivered, the hippo went back to her calf and enjoyed cute snuggling time with her baby 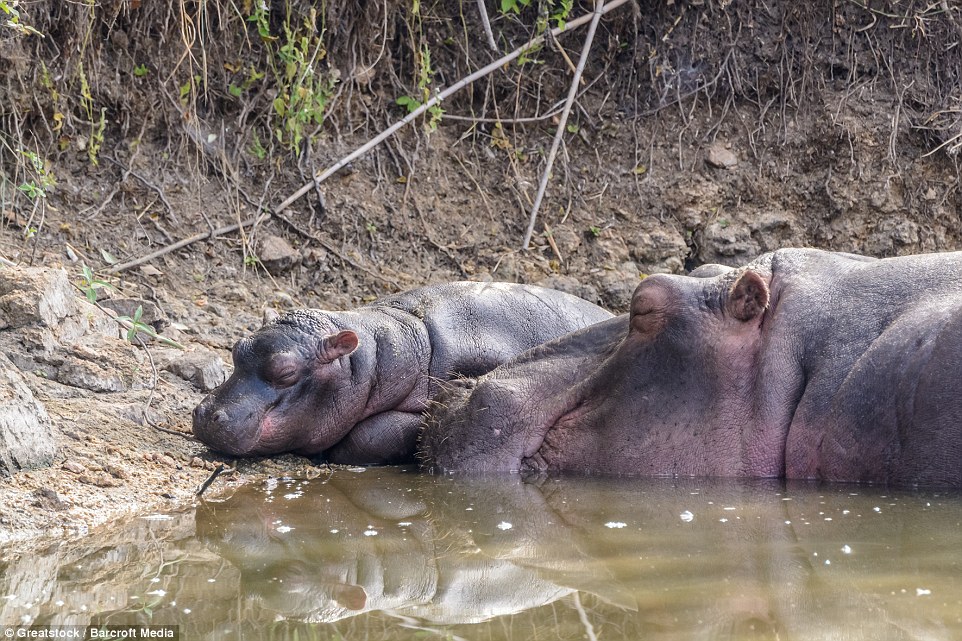 Rest assured, baby! Looks like every predator in the national park will think twice before they want to attack the baby hippo again.