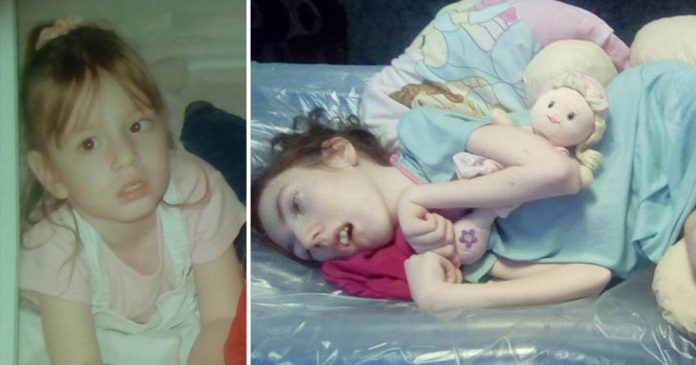 Newborn babies have a weak immune system where they are easily exposed to dangerous bacteria and virus. A simple cough or sneeze to a baby could bring harmful effects towards their health. Some might even be lethal. Sickness for a baby may affect their development later in life. This is what happened to 33-year-old Alicia Brooks.

Alicia from Western York, England has issued a warning to the other parents to not simply let anyone kiss their newborn as her daughter, Melody is now left paralysed after being infected with Herpes virus when she was a baby.

Melody was initially born as a healthy baby girl in 2004. However, her joy did not last long when she suddenly found blisters on Melody’s legs and chest. The blisters got worse a few days later and she even had a seizure. Following her deteriorating condition, Melody had to be hospitalized for further treatments.

Melody is now 13 years old. She cannot walk, talk or eat without being helped and requires round-the-clock care 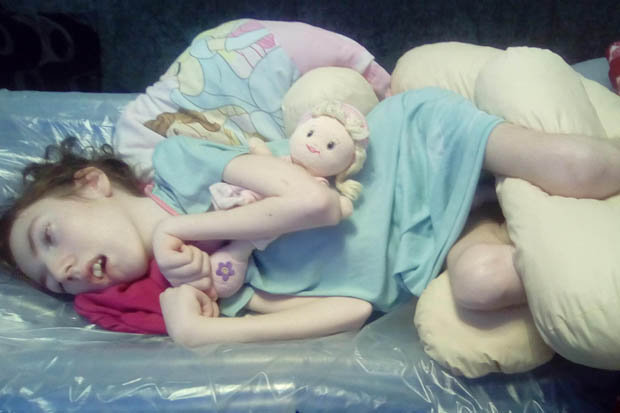 She was hospitalized for three months and had to be given intravenous drugs to help her fight the virus. She was soon allowed to go home after that, however, doctors warned Alicia that Melody may never walk or talk.

For a while, Melody grew into a normal and healthy girl. Her condition seemed to get better until she had a relapse in the summer of 2008 when she was 4 years old.

Melody started struggling to see and keeping her balance. “I took her to the hospital three times,”…“Over the next few months she lost all functions and reverted back to being a baby – it was terrible to watch,”… “We were heartbroken,” Alicia recalls. 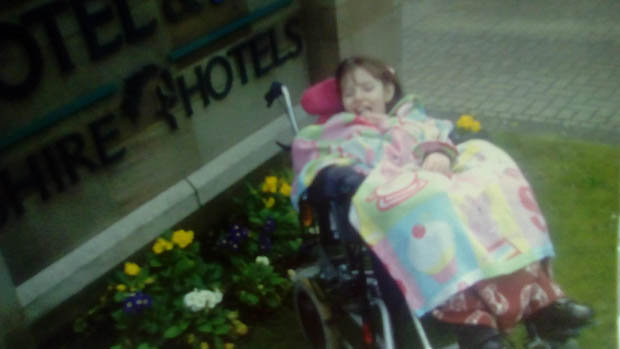 Doctors said her illness was probably caught from a visitor who kissed her when she was a baby and that it was causing brain damage.

Feeling devastated for what happened, Alicia hopes that other parents would not have to go through the same situation as she did. She urged hospitals and doctors to warn the public about the danger of the virus to young children

She said: “There should be posters up wherever there are little babies warning anyone who has cold sores or who has had the herpes virus not to kiss or touch newborn babies. A simple kiss could kill.”

“Knowing that the herpes virus has caused this is absolutely devastating. We just don’t want this to happen to anyone else,” said Alicia 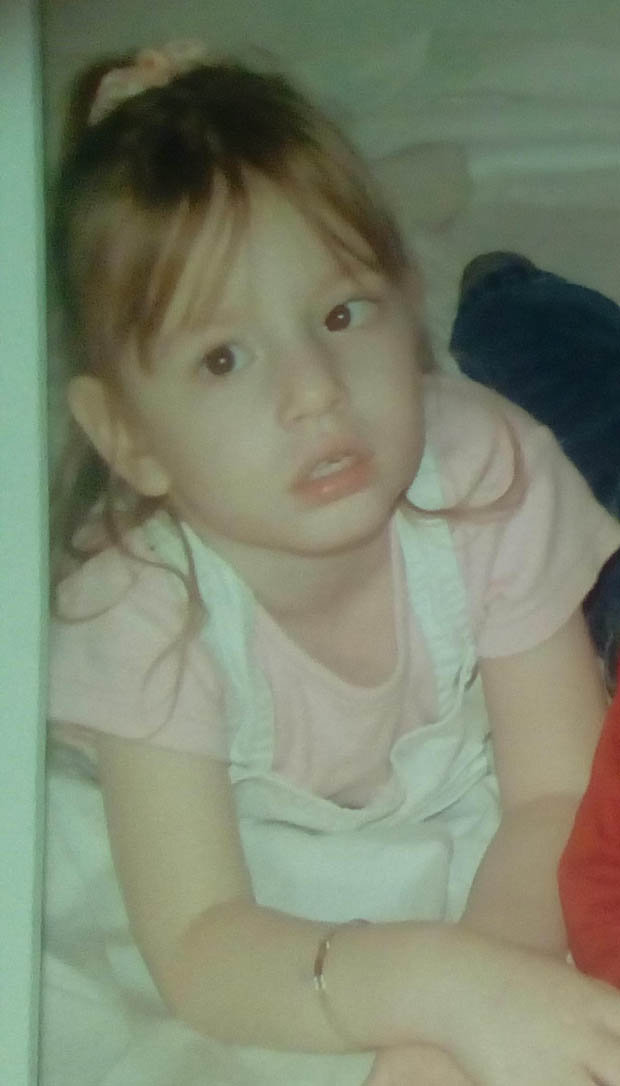 Alicia lives with her husband, Gary, 55, and their two sons, Ryan, 15, and Jay Jay, 11. It is absolutely heartbreaking for the family as they never knew if Melody recognized them as her family.

“She has a blank look on her face and she doesn’t even smile anymore. It’s so hard to watch – we just want our beautiful girl back,” said Alicia.

Share this article to warn others about the dangers of Herpes. Please do not simply kiss a newborn baby as they would be easily infected.

Twin’s teeth were melting away, but dentists had no idea why....