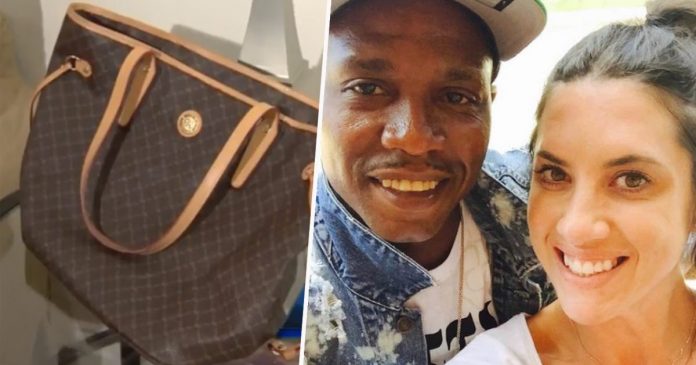 Aeric “Bubby” McCoy is one of hundreds of victims who had fallen prey to the struggles of heroin addiction. The 36-year-old lives in Baltimore which is known as the heroin capital of the United States. Government agencies estimated that as many as 1 in 10 of it’s residents are addicted to the drug.

One day, McCoy came across an abandoned purse which was chucked in an alley located in a particularly “unsavory part town.” In that purse he found a wallet, a few receipts and notes. He took out an envelope from the bag which was addressed to Kaitlyn Smith from Patterson Park and worked out that it must have belonged to her. He searched through the wallet but all the cash and credit cards were gone.

Though normally he would sell the purse to earn some money, he felt like something spurred him to return the purse to it’s owner.

He said “I didn’t care about my life. I was in so much pain mentally, I felt like my life had no value. And then, when I found that purse, it was like God put it there. It was crazy, like, normally, I would have just sold it. But this time, for once, I told myself, ‘Aeric, do the right thing, you gotta find the owner and give it back,’ “.

He noticed the purse was in an extremely good condition and figured that it had not been in the alley for too long. He then proceeded to find out where exactly Patterson Park was and search for Smith. 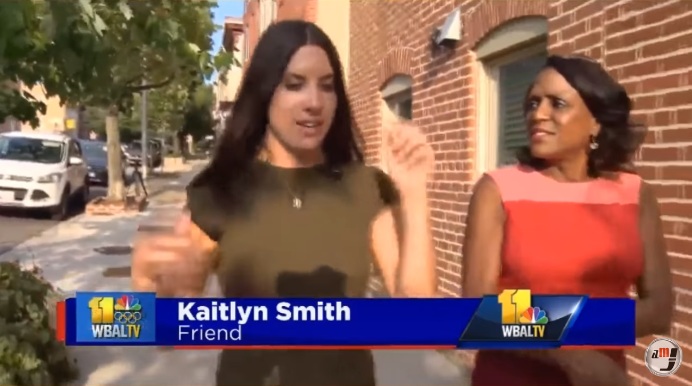 McCoy recalls “I went to Upton market and asked a guy to Google the address for me. I was devastated when I learned how far away it was. I said, ‘There’s no way I can walk that far.'”

Although he knew it was going to be difficult, he pushed himself to go on the journey. He bought a subway pass and proceeded to take the Metro to the stop nearest to his intended location. He still had a long way to go but he kept trudging on in order to find the bag’s owner.

McCoy was persistent in finding the owner of the purse

McCoy encountered a woman in a van who noticed him carrying the purse and she offered to buy it from him.

McCoy said “I said, ‘I cannot sell you the purse.’ Another woman got out of the van and asked again. I kept walking. I was exhausted and worn out, and I sat on some steps and started crying. I’d just missed an opportunity to sell the purse and get some money, you know? So I cried for a while. Then I put on some sunglasses and kept walking.”

Smith was touched by his gesture and trusted him, so much so that they became friends

On the way to his destination he stopped by a church because they were handing out free meals for the homeless. After his meal, he continued on his quest to find the owner of the purse. A young woman approached him on the sidewalk. She stopped and stared at the purse he was carrying and said “I’m Kaitlyn Smith, I’m the owner of that purse.”

Smith, who is a 29-year-old medical device sales representative, said she lost her bag because she was negligent. She left it unattended in a place which was a hot place for theft. A Baltimore police detective found her driver’s licence and credit card during an apartment search three weeks later in Upton. However, the purse was nowhere to be seen. She never thought she would see her purse again and was bewildered that McCoy came all the way to return it to her.

She was grateful to him for doing what he did and soon they became friends. She says their friendship is like “one of those unexpected friendships you see on YouTube between a cat and a duck.”

Smith learned about McCoy’s addiction and how he was doing well for himself for eight years before he was involved in an accident. He got addicted to the painkillers and had a total relapse as his life spiraled downward from then on. He lost his job, his savings and soon found himself on the streets, barely able to survive.

Smith made him a proposition and told him that if he was serious about getting better, she would help him. She bought him a one-way ticket to a treatment center in Florida. She also set up a GoFundMe page to help with the costs of his rehabilitation. They talk to each other almost everyday and now that McCoy has completed his residential treatment, he’s ready to move on to a halfway house.

He is eternally grateful for the help and friendship offered by Smith. He is now in full throttle on the road to recovery. He says “That woman saved my life. She saved my life.”