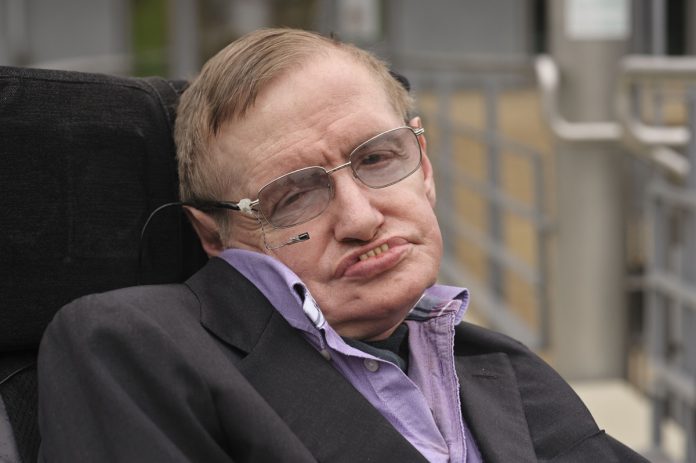 On 14th March 2018, the world was shocked and saddened by the news on the death of world renown theoretical physicist, Professor Stephen Hawking. His research and contributions in the scientific world especially in the area of cosmology and astrophysics has tremendously helped us in getting closer towards understanding the universe.

The 76-year-old professor has always expressed his deep concern towards humanity and its future. According to Hawking, the earth will only last for the next 200 years. Before his death, he has issued a warning that earth could be destroyed by several catastrophes. His suggestion for survival? We may need to find another planet!

If the human race wants to have any hope of survival, then future generations would need to forge a new life in space according to Hawking

The issue of global warming has been widely discussed around the world. It is so serious that the UN has made it its 13th goal in sustainable development. According to Hawking, the earth’s resources is draining exponentially. Temperatures are rising, polar ice caps are melting, deforestation, and decimation of animal species. All of these are clear signs that the earth is undergoing climate changes.

“We are close to the tipping point where global warming becomes irreversible,” said Hawking in an interview with BBC

As if the fact that earth is dying internally is not bad enough, Hawking also hypothesizes that the earth could be destroyed by external factors as well. Like the potential to be hit by an asteroid. Hawking claimed that the laws of physics and does not rule out a potential asteroid hit. In fact, the universe is constantly expanding and with that, the elements inside it are also in motion. It’s only a matter of time an asteroid would find it’s way inside our orbit.

With the earth dying and the potential of a disaster from outer space, the best option is to find a new planet.

Hawking was working on a project with Russian billionaire, Yuri Milner. His project, Breakthrough Starshot aims to send a fleet of tiny ‘nanocraft’ carrying light sails on a four light-year journey to Alpha Centauri, the nearest star system to Earth. Scientists have estimated that there is a high probability where an earth-like planet exists in the system.

“This is not science fiction. It is guaranteed by the laws of physics and probability,” warned Hawking

We are currently living in the 4th industrial revolution where technology is rapidly advancing, the main concern is how technology is changing the lives of humans. For Hawking, Artificial Intelligence (AI) will soon reach a level where it will be a ‘new form of life that will outperform humans.’ AI might even replace humans altogether.

This could lead to a global economic crisis whereby humans are no longer needed in the workforce and thus, would result in millions losing their jobs.

“If people design computer viruses, someone will design AI that improves and replicates itself,” claimed Hawking

Mankind is constantly multiplying and expanding, and soon there won’t be enough resources or even space to fit in all of us. Overpopulation can lead to an extreme decrease in food resource. As the human population continues to grow, it also increases the risks of an epidemic outbreak and high carbon footprint. The world as we know it will come to an end if there is no form of control and management. Overpopulation is also the leading cause of global warming.

According to Hawking, “we are at the most dangerous moment in the development of humanity”.

“For me, the really concerning aspect of this is that now, more than at any time in our history, our species needs to work together,” said Hawking in opinion piece in the Guardian

Truly, the warnings of a world renown scientist should not be taken lightly. It is time to do our part in helping to preserve and conserve our beloved earth for future generations to come. For a lifetime, human beings have consistently become the main cause on the destruction and pollution of the earth. It’s time we become its savior. Let us be the change that we want to see.

Share this article to spread awareness and let them know that each and everyone of us are responsible in taking care of our big blue planet.

Teenager ODs On Anti-Depressants After Finding Out That His Biological Family...