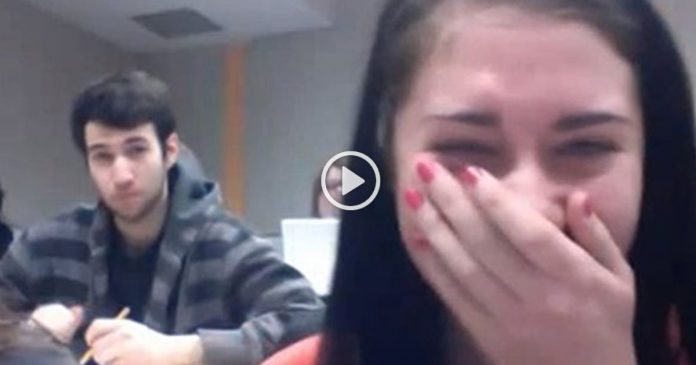 Boring lectures are just part and parcel of college and university life. They cannot be avoided and so students will just have to endure and sit through the class in order to get a passing mark.

Sometimes students will just zone out and start to day dream in these kinds of lectures and sometimes a handful of students will try to keep themselves occupied by way of mischief. This is exactly what these two girls were doing in a lecture which they clearly weren’t paying attention to.

Their attentions were the handsome boy behind them!

These two girls admire the handsome boy behind them in class 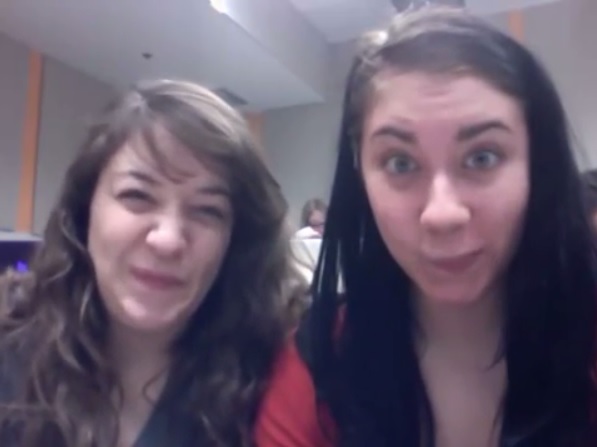 In one of the lectures that these two girls were sitting in, they decided to open the camera application on their laptop and start recording themselves. They made funny faces in an attempt to get the other to laugh.

They smiled and pulled silly faces while the lecturer was droning on in the background. They then set their focus to one of their handsome classmates sitting behind them. They slowly and inconspicuously move out of view in an attempt to record the boy’s behavior.

They were slowly panning out of view… 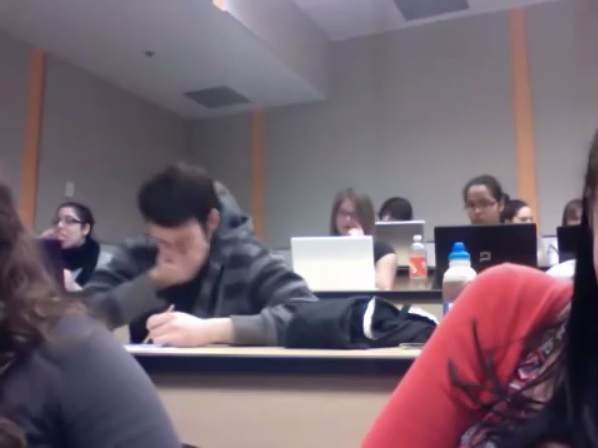 The left-handed male student looked bored and could be seen writing something down on his notebook. It was hard to tell if he was actually taking notes on the lecture or just doodling.

He was completely unaware of the mischief taking place right in front of him as the two girls tried to pull a prank on him. 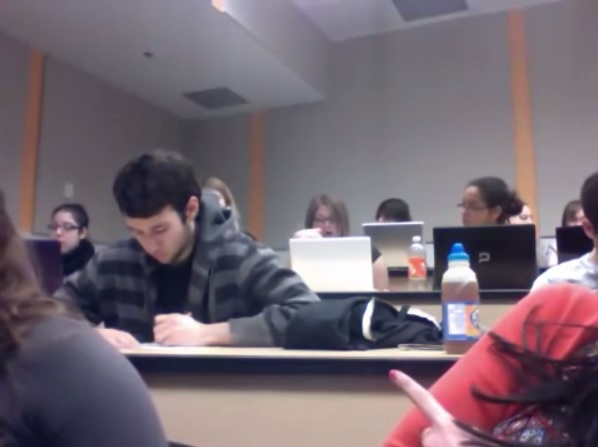 The guy in the stripped hoodie was just minding his own business. He did not even look up from his notes once when the girls started recording themselves.

The girl on the right pointed at him and then her friend followed suit. She took it one step further and brought her finger up to his nose and proceeded to stroke it which gave the illusion she was trying to make him sneeze. 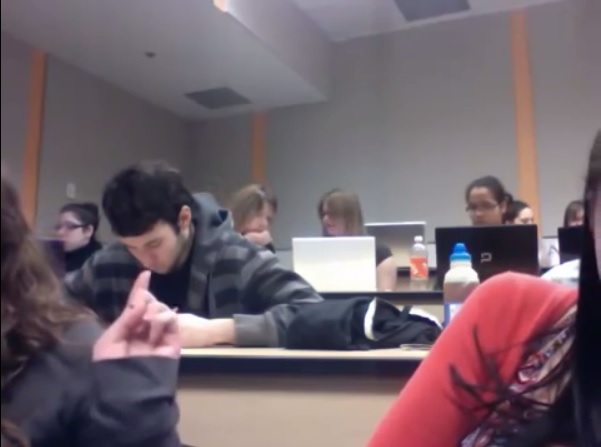 While brushing his nose, something utterly unexpected happened. Coincidentally, the guy let out a sneeze and covered his mouth with his hand.

Then, the most unexpected thing happened!  (See Video)

The girls lost it and as they both spontaneously broke out into silent fits of laughter. They could hardly contain themselves because the coincidence was just to hilarious. They had to cover their mouths to stop themselves from laughing out loud.

Trying hard not to blow the cover but failed nonetheless 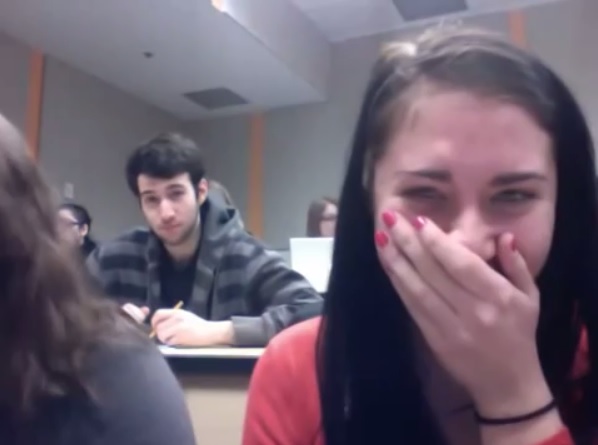 The young man looked up at this and realized he was being recorded. He checked himself out in the girl’s computer to make sure it was really recording. He had no idea what had just ensued and looked really confused.

The girls continued laughing and you can see their eyes start to water because they couldn’t help themselves. The guy in the back looked on curiously at the camera and that’s when the girls decided they have had enough fun for the day.

For the record the guy does look really cute though 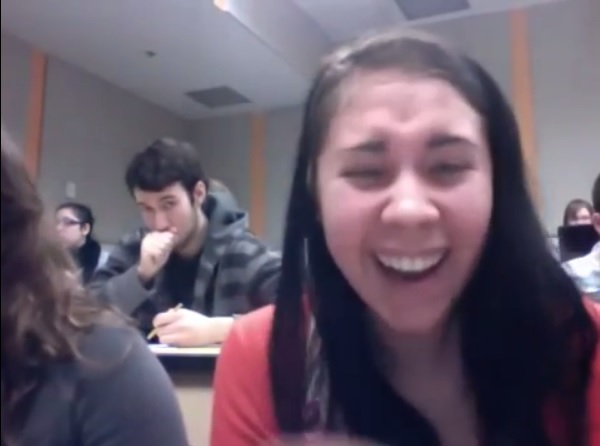 Here’s the recording, try not to laugh too hard!

Adorable video of twins sharing a cup of water will sure...

Postman caught with Avengers: Endgame fever is dressing up as Spiderman...