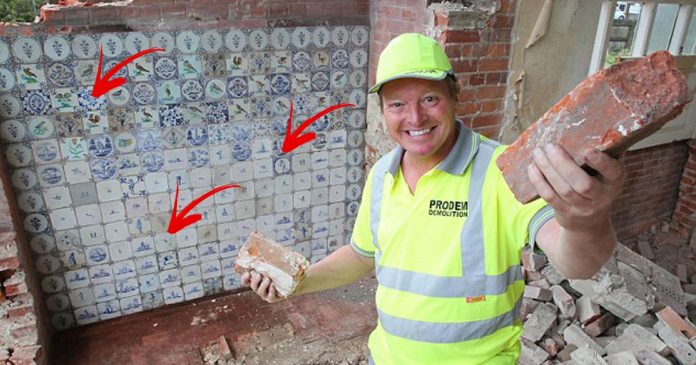 Stephen Malton is a regular person who’s job is to demolish structures. He received a contract to take down a house which was once belonged to a Victorian artist named Arthur Bell.

While taking the house apart, Malton struck big as he found valuable Dutch tiles hidden behind one of the brick walls of the house. The residence in Southbourne, Dorset was hiding a secret treasure trove in it’s walls and Malton was lucky enough to have been the one who unearthed it. 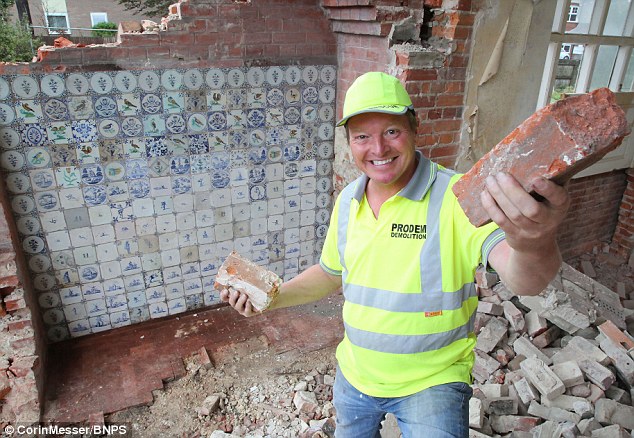 Malton’s team discovered the bounty of tiles which came in a myriad of different designs behind the layer of bricks. Overall, there were a total of 256 tiles lining the wall. Some of them can fetch up to £1,000 if they were to be auctioned. These blue-and-white tiles were made by artists from the Dutch town of Delft. 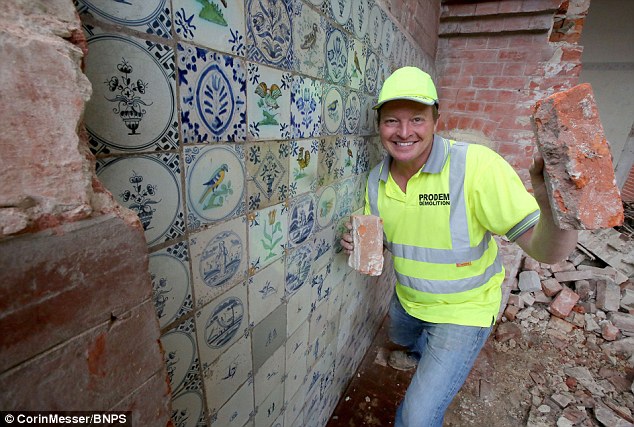 The secret stash of tiles were nearly destroyed by an excavator when Malton’s foreman spotted them behind the wall. He then ceased the operation and called Malton to inspect the brick wall. True enough, the wall was hiding something incredibly valuable. Before Malton took the job, he was aware that there were rumors which involved hidden treasures inside the house. 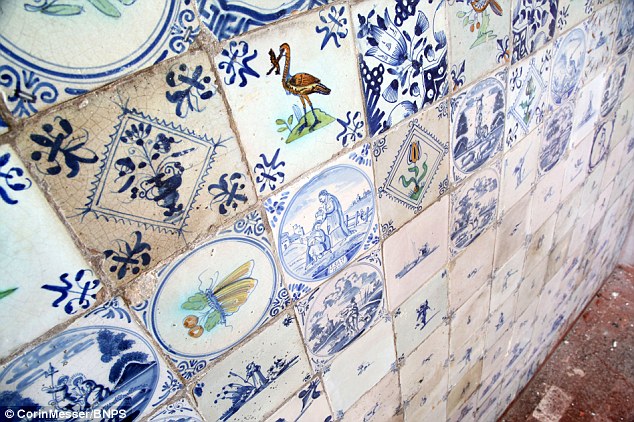 Arthur Bell named his house Rastgarth and the hearsay that there was treasure hidden within it had been circulating for decades. Malton and his team did not think they would find anything of value.

Malton’s team uncovered a total of 256 pieces which could fetch up to £50,000 when auctioned 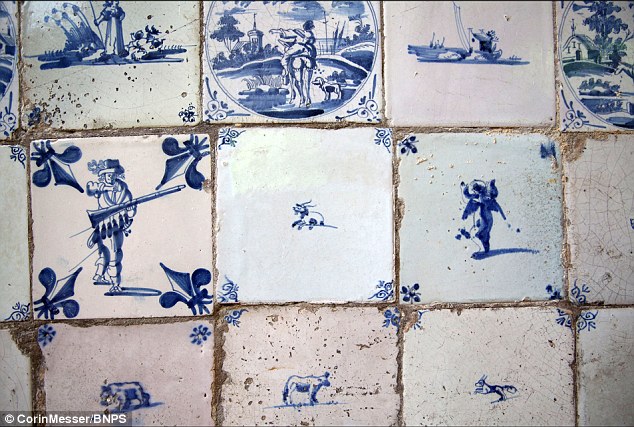 Malton, who owns Pro Dem Demolition, has a clause in his contracts which ensures that he has the right to keep anything he finds while doing his job of demolishing structures. He recalls, “There have been rumors floating about for ages that Arthur Bell’s grand old house contained some very valuable tiles but no one found them.”

“When we were brought in to knock the house down I didn’t really think we were going to discover them. A fireplace had already been removed and behind where it once stood was a wall” 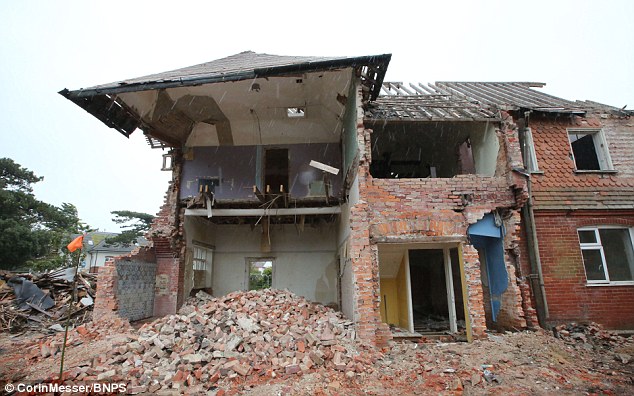 “When we started pulling that wall down my foreman shouted out for everyone to stop because he had spotted something. Through a hole in the wall we saw the tiles – I couldn’t believe it. It turns out the wall was a fake one.”

The tiles were regarded as extremely valuable. The Victorian tiles from Delft were rare and they are highly prized as the best brand of porcelain from that era. Delft porcelain tiles are revered as one of the top three best porcelain producers in the world which means that these aged tiles can fetch huge sums at auctions.

If this article made the highlight of your day, please do share it. Who knows, maybe there is a treasure hidden in your house as well.