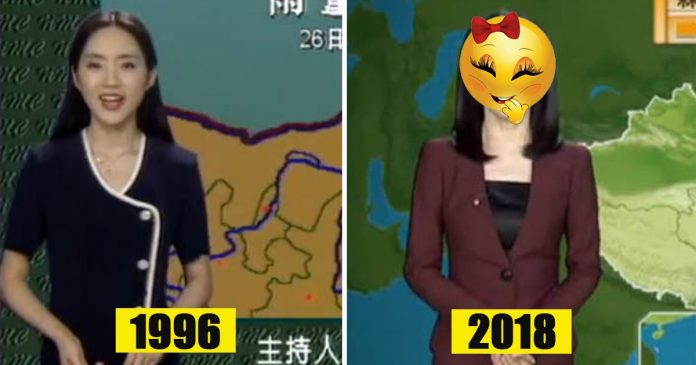 We all have someone we know who just doesn’t seem to look any older than they did years ago. While we descend into maturity, we expect to see fine wrinkles on our faces and our skin loses it’s elasticity, or even some grey hair. But for some, they still hold on to their youthful looks and don’t seem to age a day.

That is exactly the case for a Chinese weather woman who has become an overnight internet sensation. People are bewildered at how she looks now as compared to when she first started her career in weather broadcasting over two decades ago.

44-year-old Yang Dan is a weather woman from China’s state broadcast. People were astonished at how she looks exactly the same now as when she first started at the age of 22.

Her first appearance onscreen was in 1996 as a weather broadcaster

The viral video was posted on Weibo and it featured clips of Yang from her two-decade career on Chinese television. It was shared on International Woman’s Day and the video’s caption even joked that she actually looked like she is getting younger.

The caption of the video states “Many web users have grown up watching her show. They marveled why they have grown older but she hasn’t.”

Through this video she had gained internet stardom and her fans, many of whom ggrew up watching her are now referring to her as an “ageless goddess”. Many people on social media have started to speculate as to what her secret to maintaining her youth must be.

All the images of her look identical, only with different suits on.

After two decades, Yang looks uncannily the same as when she first started 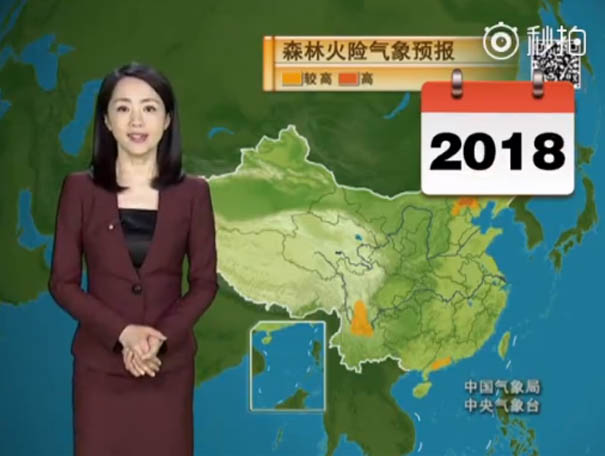 Here is the video of Yang following her 22-year-long career!