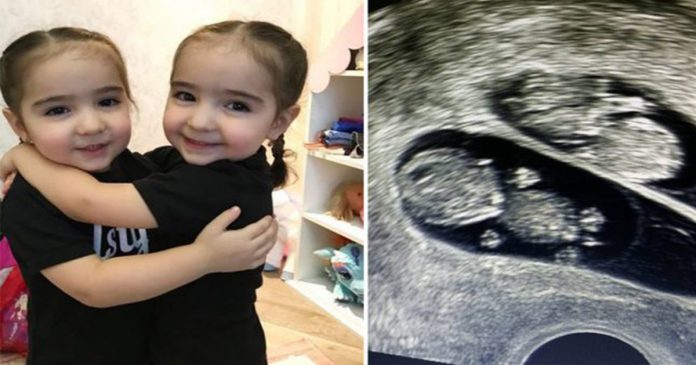 Babies are certainly adorable. Just a single look at their smile will melt anyone’s heart. Make it a pair of twins and the joy is double!

Hence, it is not a surprise that many parents dream of having twins. While it is true that genetics may play a significant part in having them, there are several other methods that can definitely boost your chance to conceive twins if you wish to.

Recently, Malaysian gynecologist, Dr Hamid Arshat shared eight tips on his Facebook for parents who wished to have twin babies. Check out his suggestions below!

Fraternal twins or commonly known as ‘non-identical twins’ usually occur when two eggs are released and fertilized at the same time by two different sperms. The two fertilised eggs then become two zygotes. This type of twins are also referred to as dizygotic twins. All dizygotic twins have two membranes each (dichorionic – dizygotic) and two placentas like the image below.

Unlike fraternal twins, identical twins occur when one egg is fertilized by one sperm to form one zygote which eventually divides into two separate embryos. Identical twins may share the same amnion and placenta. The longer the time taken for the division of the zygote to occur, the more structures the twins will share.

Monozygotic twins derived from the same egg fertilized by the same sperm.

They then separated into two embryos

Factors that increase the chance of having twins

1. The ethnicity of the mother

The probability of getting pregnant with twins can sometimes depend on the mother’s ethnicity. Currently, the highest rate of successful twin pregnancies is among certain African tribes (4%-5%) followed by Americans and Europeans (3%) and lastly Asians (1%-2%).

The mother is four times more likely to have twins if there is a family member who are twins as well.

Twins and triplets are more common among women in their 30s and 40s.

Women who have a low-fat diet, especially vegans and vegetarians are less likely to conceive twins compared to women who consume more dairy products. According to Dr Hamid, this is probably due to the Insulin-like Growth Factor (IGF) produced by the cow’s liver.

Taking supplements like multivitamins and folic acid may help you to conceive twins or triplets. Sometimes, our daily diet is not enough to provide vitamins for the body that triggers the hormones responsible in producing twins.

A Yoruba tribe in West Africa has the highest rate for twins in the world with 50 sets of twins for every 1,000 births. That 4 times higher than the rest of the world. A research study shows that this may be contributed to the fact that the women in the tribe consume a lot of cassava which is a type of yam.

Taking fertility drugs can increase your chance to get pregnant with twins. Women who take Clomid, a fertility drug which is used to help induce ovulation, have 5%-10% more chance to have twins. Meanwhile, those who take Gonadotrophin have 30% chance to conceive twins.

However, one should take precaution as one of the risks involved is that it may increase the chance to have multiple babies (more than 3 babies). The higher the number of fetuses during pregnancy, the greater the risk of premature birth or miscarriage.

Fertility treatments like IUI (intrauterine insemination) and IVF (in vitro fertilisation) may also boost your chance to have twins.

Though these tips may not provide 100% assurance, but they do increase the chances of having twins. If you are considering to have them, why not give it a try, but remember to always consult your gynecologist for advise.

Like this article? Why not share it if you’ve known anyone who are aiming to have twins.

Why using mobile phone on the toilet might not be good...