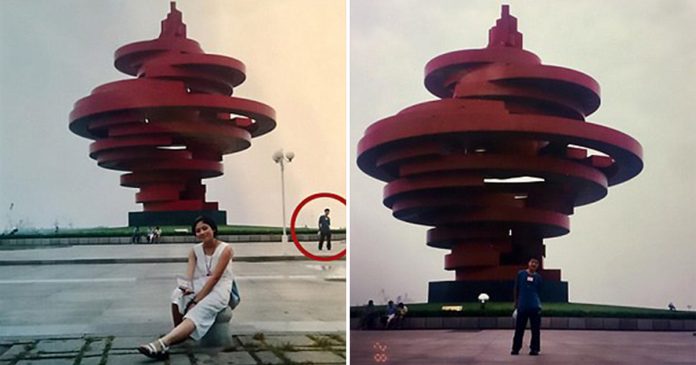 Perhaps it is true as the people say, love comes when you least expect it and fate works in mysterious ways. That is what happened to a married couple when they just realised that they have met each other nearly a decades earlier but they had no idea about it!

Ye, 35, realised the coincidence after he saw an old photograph of his wife, Xue. 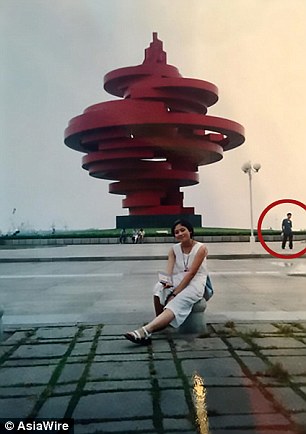 Ye was surprised when he noticed that the man in the background in his wife’s photo was him (left). He then showed a photo of himself posing in front of the May Fourth Square monument (right) 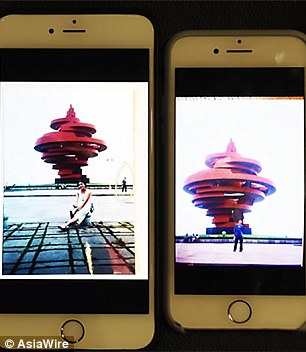 In the photos, Ye was wearing the same clothes; a blue T-shirt and black trousers, proving that the photos were taken at the same time 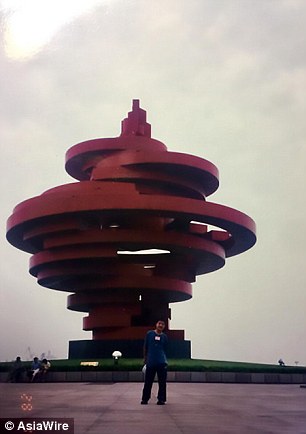 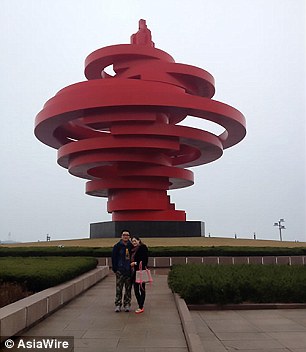 The couple told Chengdu Business Daily that they recently discovered about the great coincidence when Ye was tidying the study in his mother-in-law’s house on March 4 and he came across the old photograph of his wife.

“I was looking at the picture where my wife was sitting in front of the May Four Square, there’s also a man standing at far back. My reaction was: ‘Oh wait, that was me!’” Ye said.

He then went back home and searched for a similar photo of him which he took on July 28, 2000 in Qingdao.

The couple met again in 2011 through mutual friends. That year, Ye returned home to Chengdu after graduated from a university in Suzhou.

They then got married a year later 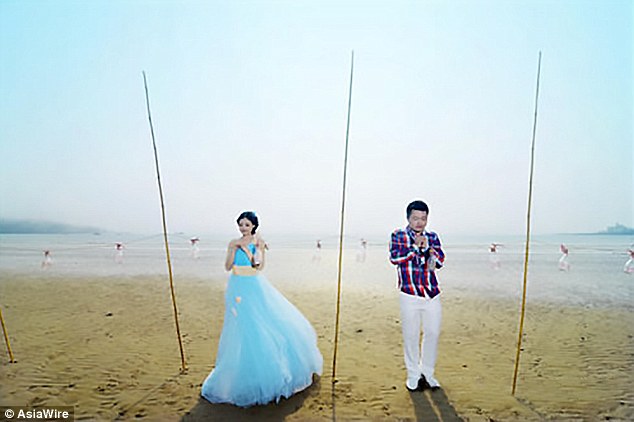 In the meantime, Ye plans to keep both photos and treasure them for the rest of his life 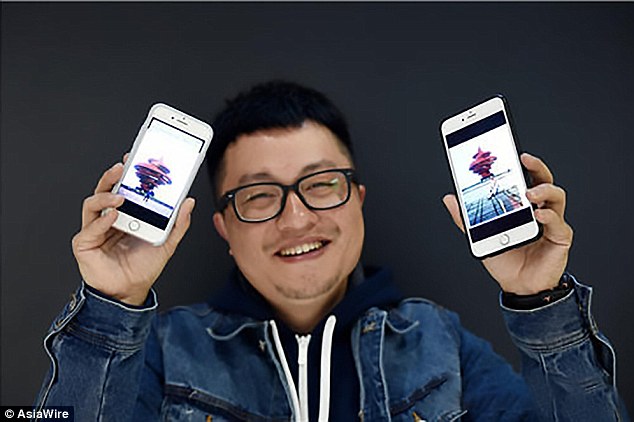 A Cute Little Girl in a Train! This Curly-Haired Girl Likes...