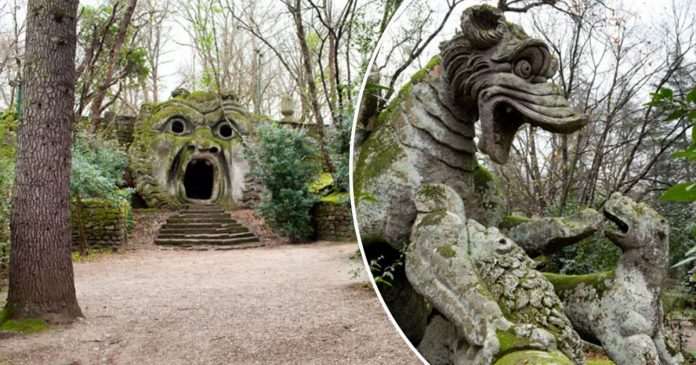 Imagine walking through the woods and coming across huge moss-covered stone figures which look unusual and grotesque. There is no coherency and the myriad of creatures are scattered all around without any rhyme or reason.

Well such a place exists and it is located near the quaint Italian town of Bomarzo, in the province of Viterbo which is approximately 92 km north of Rome. It is called the Sacro Bosco or “Sacred Wood” and it is more commonly known as the Park of the Monsters. 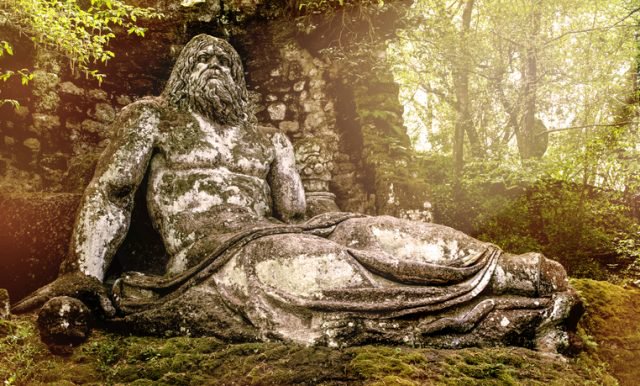 Pier Francesco Orsini or also known as Vicino Orsini, was an Italian patron of the arts and he was born in 1523. He was the duke of Bomarzon and he was the one credited with the existence of this park because he commissioned it. He lived a life of relative comfort until he was captured and held as a prisoner during the French-Spanish Wars. 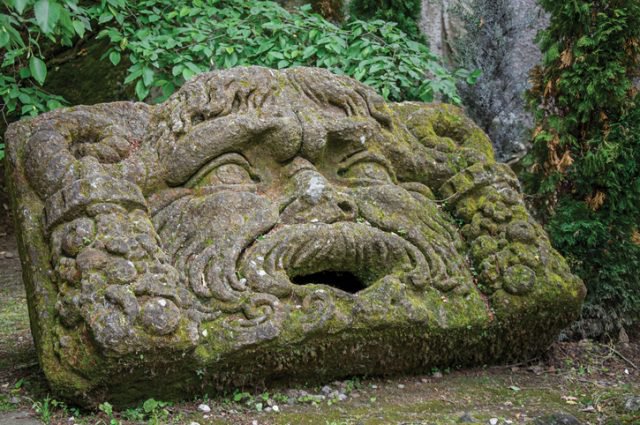 When he was released, Orsini retired to Bomarzo. He lived well in the constant company of writers and artists, and he devoted himself to the Epicurean style of life which means devotion towards simple pleasures and following the advocacy of a moderate life. When his wife died, he dedicated this park to her in order to cope with his grief. 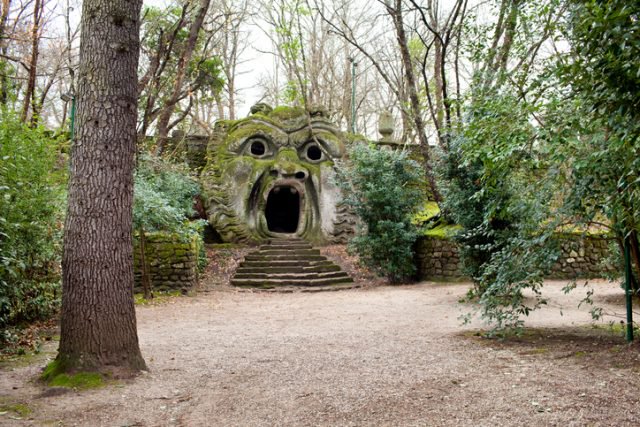 In contrast with the majestic and elegant Taj Mahal, which was also built based on similar reasons, Orsini’s sculptures are quite the opposite.

He completely ignored the conventions of the time which prized neat hedges and symmetrical layouts which pleased the eyes. Instead he left the shrubbery and vegetation as it is and had the sculptures built in places seemingly without any rational plan. The pieces appear to have been strewn randomly in the area sol per sfogare il Core  or “just to set the heart free”. 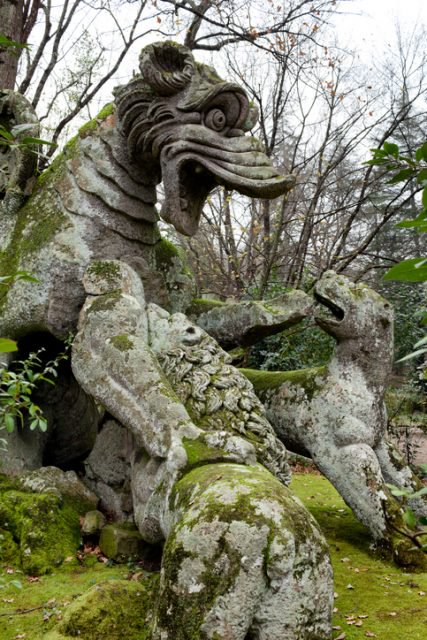 The park was left to the elements and decayed after Orsini passed away and it was not until quite recently that it was restored. Salvador Dalí visited the park and loved it so much so that he shot a short film there and the sculptures inspired his 1946 painting The Temptation of Saint Anthony.

The Bettini family implemented a restoration programme and now the dark and awe inspiring park which is still considered private property, is open to visitors and has become a major tourist attraction. 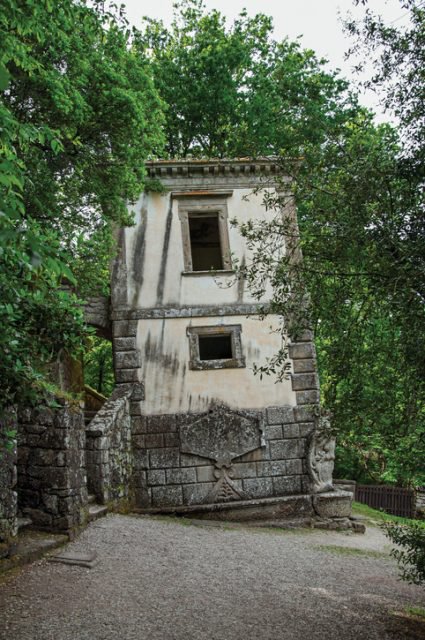 Orcus is one of the more notable structures in the garden. The structure of the God of the underworld had his mouth wide open and has “All Thoughts Fly” inscribed in it’s upper lip. It illustrates the astounding acoustics of the mouth which makes even a whisper inside it audible to a person standing at the base of the steps. Another structure that stands out is the one at the exit which features The Leaning House. It was dedicated to cardinal Cristoforo Madruzzo, who was a friend of Vicino Orsini and his wife.

The Park of Monsters is home to many grotesque sculptures that both enticed and frighten visitors.

Would you dare take a stroll around this park? Share this article and leave your thoughts in the comment section.

Heartwarming moments when strangers console and give support to emotional high...