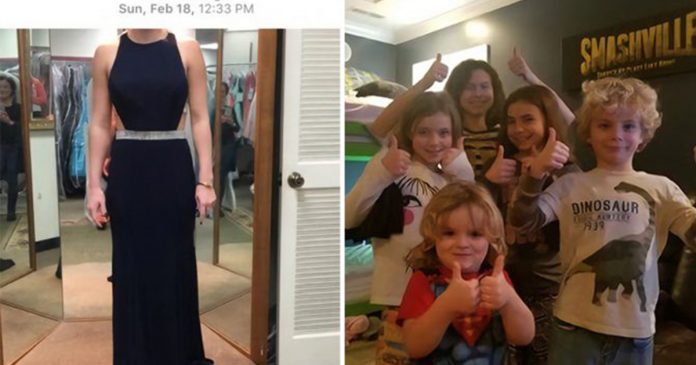 When it comes to receiving a message from an unknown sender, most people would just ignore the text or politely reply to the sender that the text had been sent to the wrong number.

A lady named Syd was trying out a new dress when she accidentally sent a picture of her wearing the dress to Tony Wood, a real estate agent from Tennessee, USA. She wanted to ask for an honest opinion about her dress. Tony thought that it would be fun to play along rather than politely explain to her that she sent it to the wrong number. 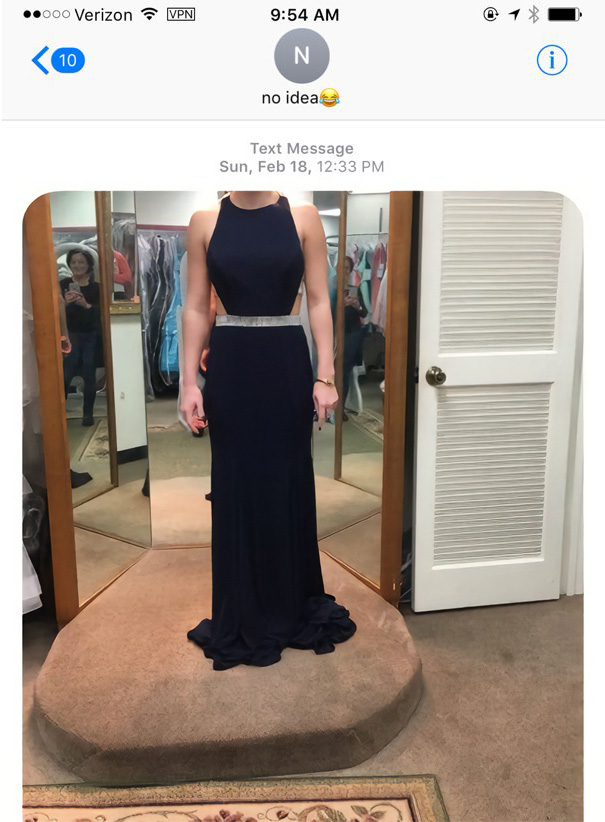 Tony who is a father of six thought that he wanted to spread the joy by gathering his children together and sent a series of cute replies to Syd.

“I figured that the children’s response would accomplish that substantially better than some middle aged overweight bald guy!” said Tony 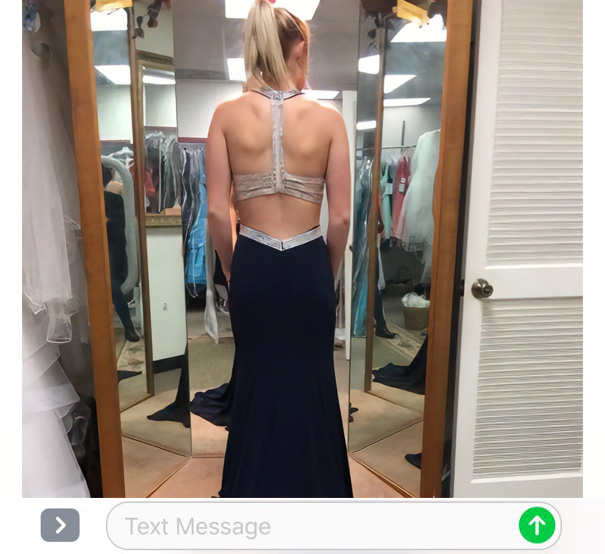 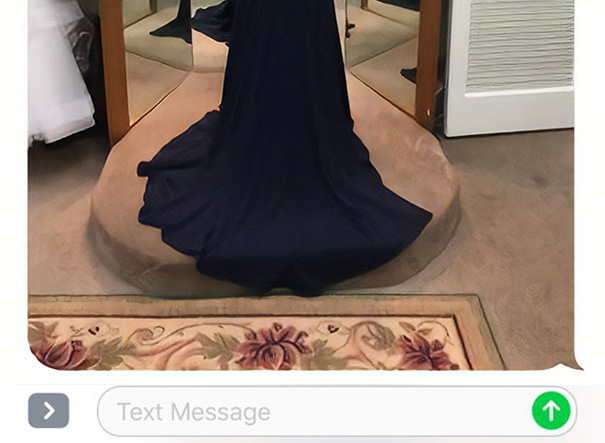 So, he replied that his wife was not at home to give some advice to the young woman’s choice of dress.

However, he mentioned that he and his children all loved her dress and think it looked stunning! 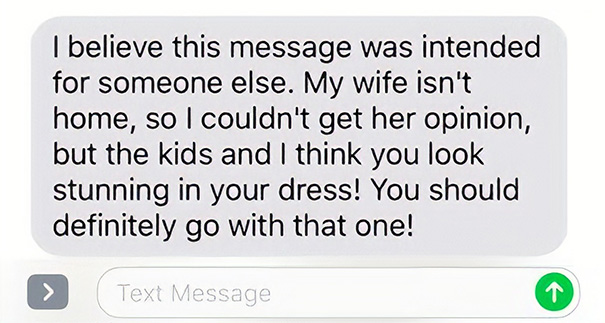 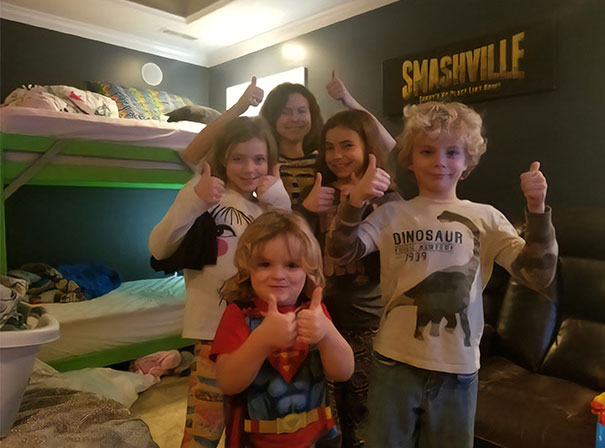 Eventually, the conversation between Tony’s children and Syd quickly became viral on social media as the public loved how genuine and kind Tony and his children are. It definitely made Syd’s day.

However, behind the hilarious conversation, Tony and his family were actually struggling both financially and emotionally. It turned out that one of their son, Kaizler who was missing from the photo was suffering from leukemia.

Apparently, the reason why he was missing from the photo was because he went to the chemo clinic with his mother, Rachel 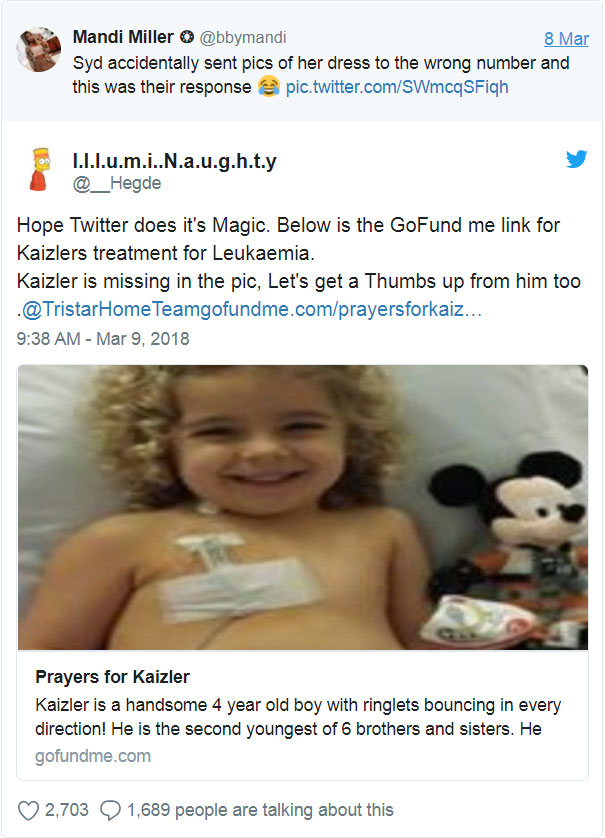 What was initially just a sweet response from Tony and his children had changed into a huge blessing for the family. People have set up a GoFund Me and soon donations began to pour in for Kaizler’s treatments for leukemia

Since the conversation became viral, Tony had received over $3,000 in donations 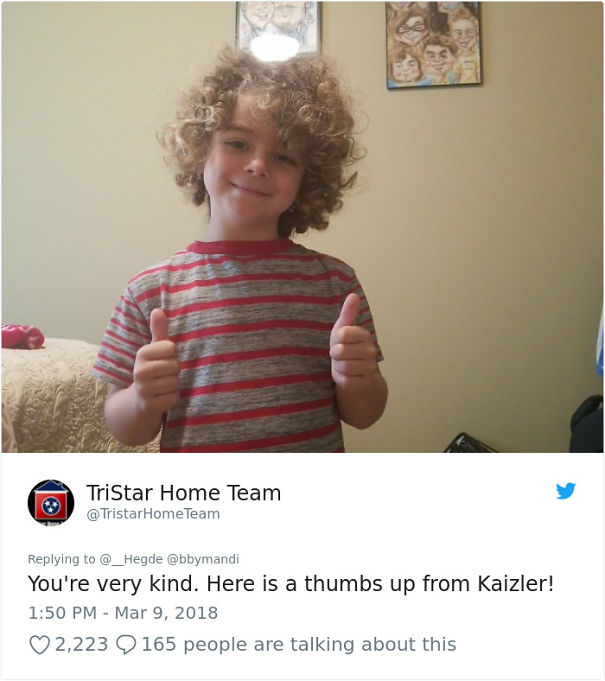 Tony said: “That’s more than we had donated in total over the last 2 years. It’s been amazing and is a bigger blessing than anyone could ever know. We were backed up to a financial wall. I’ve been working the entire time, but I was slowly but surely succumbing to the financial rigors of the situation.”

Meanwhile, Kaizler’s mother, Rachel was overwhelmed with the generosity of the public. “It is so refreshing to be reminded that there are good people in the world who still care about others and are quick to be generous and kind to others.”

We hope that Kaizler is getting the treatments he needed and will get better soon!

Share this article to spread the awareness regarding leukemia as it is considered one of the main health disease in the world.