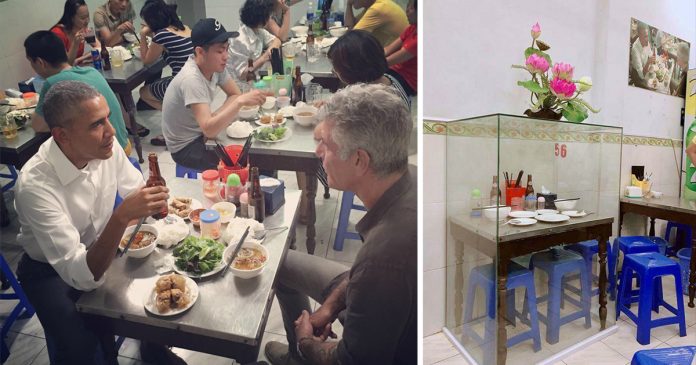 When restaurant owner Nguyen Thi Lien found out that a foreign television crew was coming to sample her restaurant’s signature dish, bún chả, a traditional Vietnamese dish consisting of grilled pork, rice noodles, and vegetables, she never thought that the crew was the world famous celebrity chef, Anthony Bourdain who brought along the former US president, Barack Obama as his companion.

Anthony and Obama were reportedly having meals on May 23, 2016 at the restaurant for the television program “Parts Unknown”.

He also expressed his interest in Vietnamese cultures in Anthony’s travelogue “Parts Unknown”.

Apparently, the two influential individuals enjoyed their meals just like every other customer; each of them sat on a blue plastic stool and enjoyed a bottle of cold beer

Both of them enjoyed the traditional Vietnamese dish which consists of grilled pork, rice noodles, and vegetables.

However, Nguyen missed her opportunity to take a photo with her high-profile customers but she said that their presence had changed her restaurant since.

The chair, table and utensils that Anthony and Barack used during their meals have been preserved in glass for display! 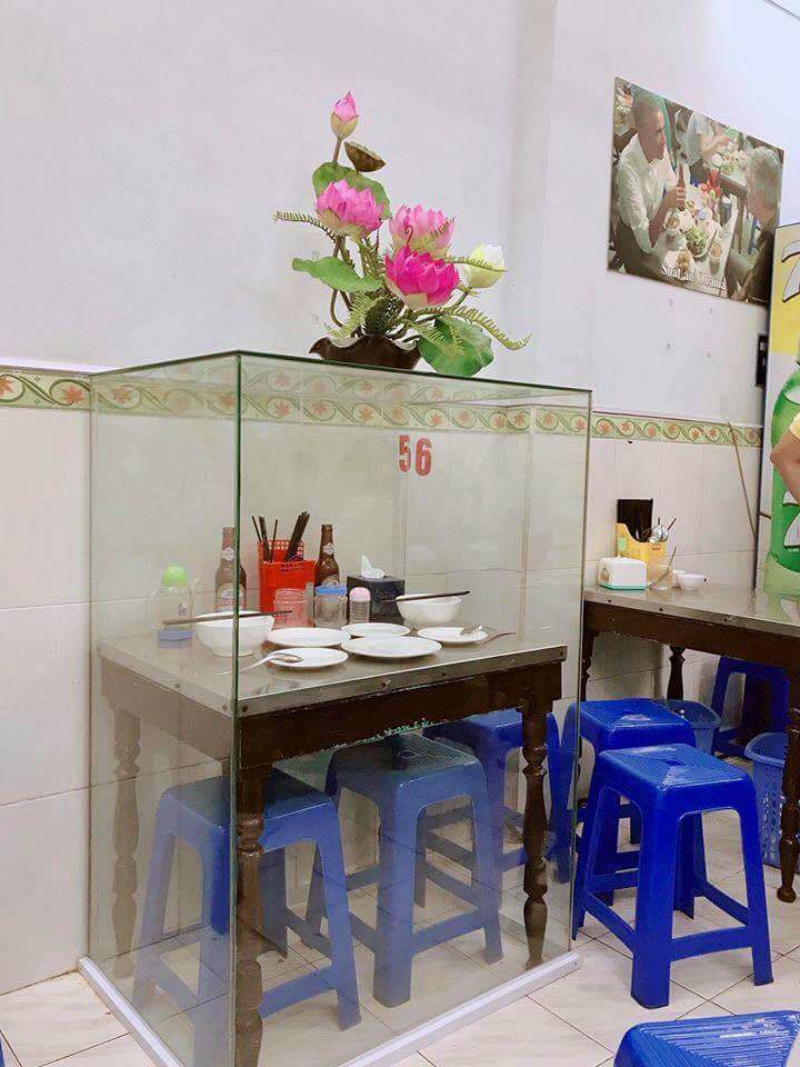 “The customers love it, many take photos next to the table,” Nguyen told the BBC. “For us, it is a nice memory that we will cherish forever. It is not a PR gimmick, I don’t think we get more clientele.”

Anthony who found out about the unique display then posted a picture of it on his Instagram with a caption: “Not sure how I feel about this.” 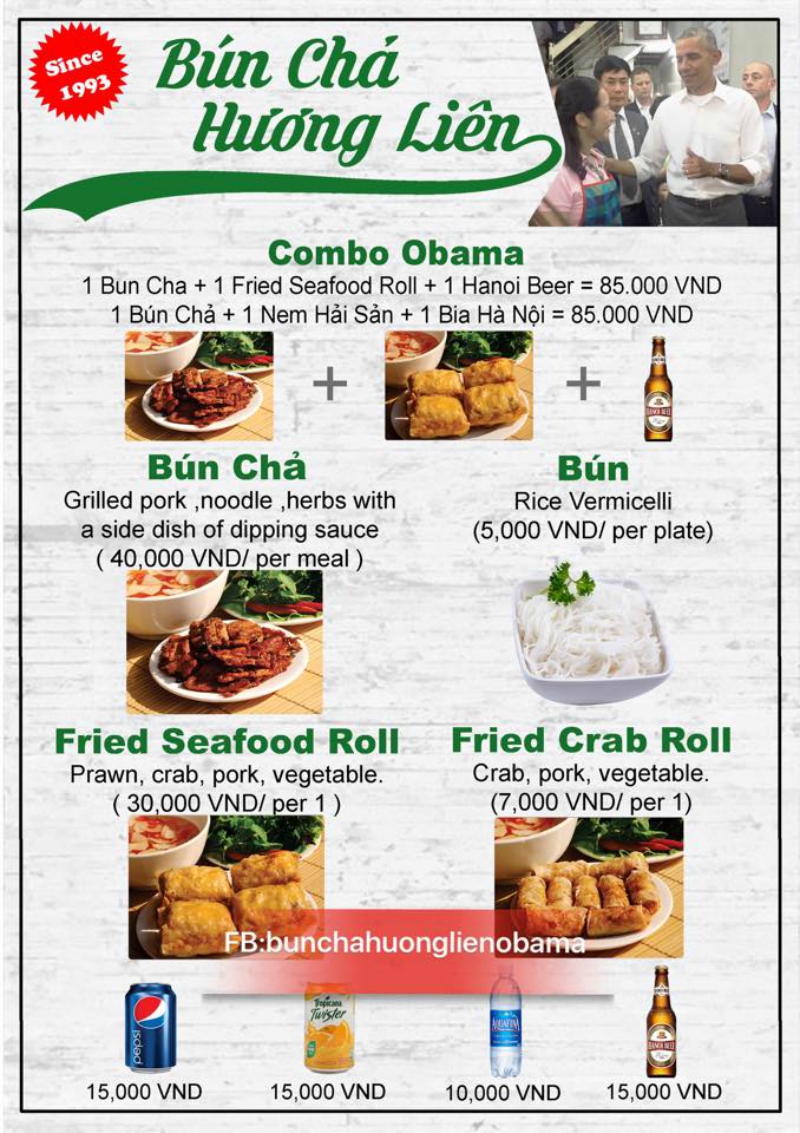 Nevertheless, Nguyen said that both Obama and Anthony were very down to earth and friendly. “Obama was nice, smiling, cheerful and popular with everyone,” she told AFP. “His presence in our restaurant was a great surprise for my whole family, who could never have imagined it, even in our dreams.”

World’s Most Expensive Rolls-Royce Gets a Wooden Replica When A Dad...