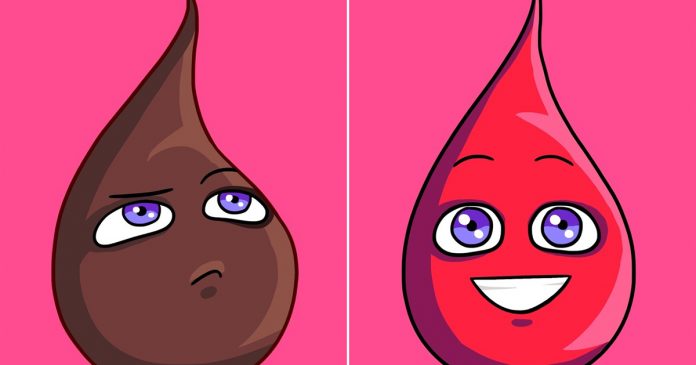 According to American Academy of Obstetrician and Gynaecologist, the colour of your period blood may indicate your health. You may see colours of your period blood ranging from dark brown to bright red or brown to orange throughout the bleeding. Even though most colours are typical and considered healthy, there might be other reasons behind it.

Knowing what your period blood should look like might save you from a more serious health condition like spotting pinkish period blood is linked to low oestrogen level which can lead to osteoporosis. 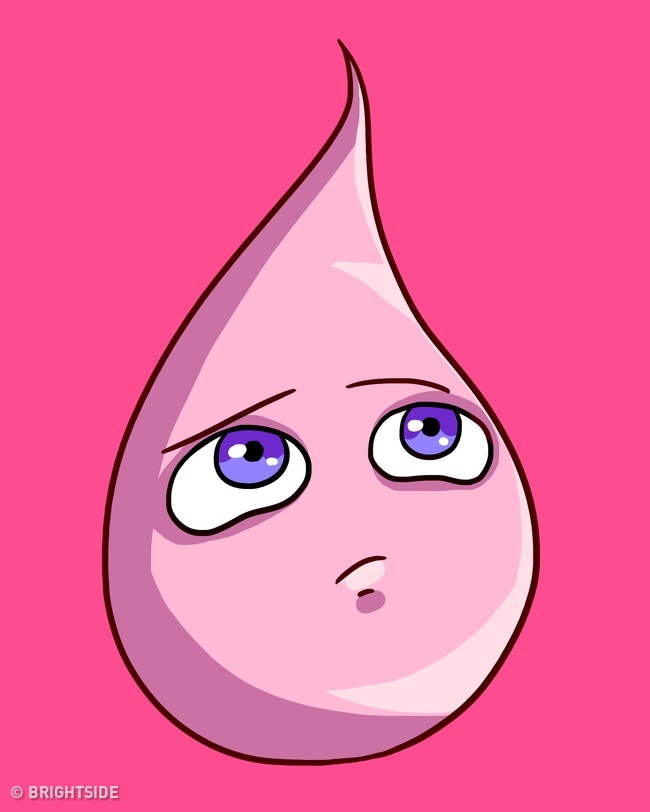 If your period blood looks pinkish, this means that you have a low level of oestrogen. There are various reasons for your menstrual blood to be pinkish. If you are active in playing sports especially running, it may cause the oestrogen levels to drop.

Studies have proved that low oestrogen levels could lead to osteoporosis later in life. 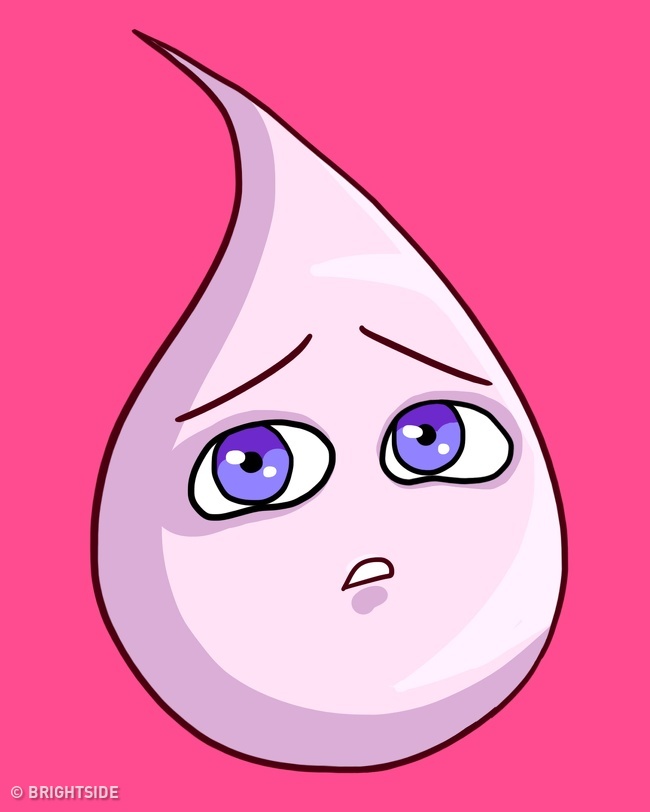 In instances where your menstrual blood is watery and super light pink, this may indicate that you are nutrient-deficient or worse, ovarian cancer. However, do not go into panic mode just yet as ovarian cancer is relatively rare. 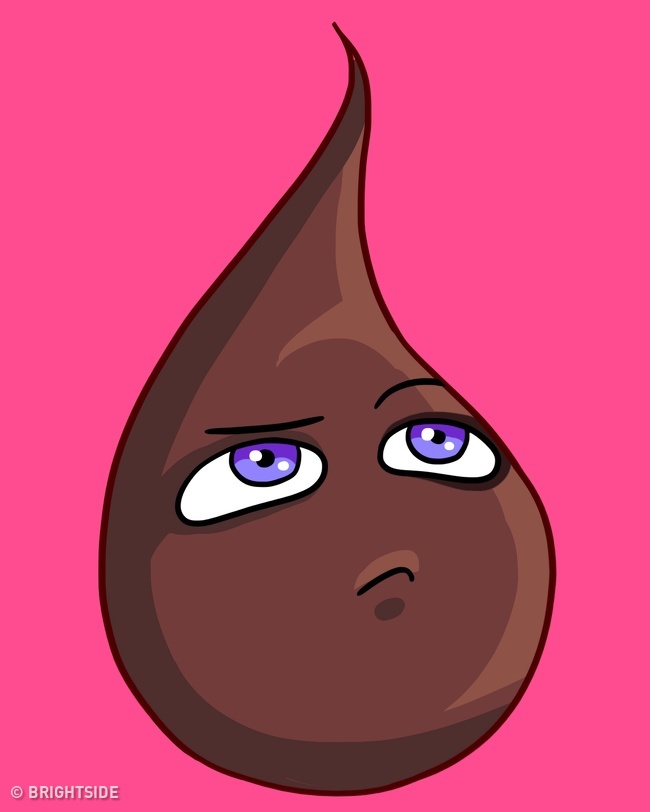 Brown discharge of all shades is typically a sign of old blood which is the blood that has taken extra time to leave the uterus. The brown shade means that the blood has been oxidised, which is why instead of red, the blood turns brown.

This is especially when the flow is slow, thus, the blood takes more time to leave the uterus. When the blood stays in the uterus longer, it may become brown. The brown blood may also be left from your previous period.

Lochia refers to the bleeding phase a woman goes through for four to six weeks after giving birth. The bleeding typically starts heavy after delivering a baby and it may turn pinkish or brownish in colour from the fourth day onwards.

Some women may experience spotting during pregnancy and the blood may turn brown after the active bleeding has stopped. Regardless, it may be best for you to consult your doctor immediately.

Even though miscarriage is often associated with bright red bleeding, some women may experience missed miscarriage where the foetus stops developing but does not come out from the uterus for at least 4 weeks. In this case, dark brown discharge is spotted instead of heavy bleeding. 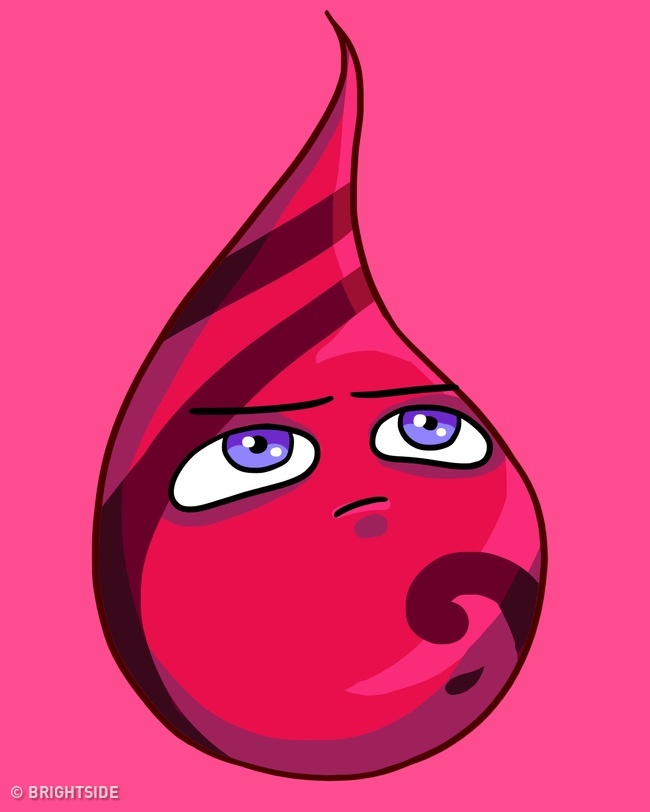 Thick and jam-liked blood means that you have low levels of progesterone and high levels of oestrogen. Most of the time, this does not mean anything. However, if the blood clots are large in size and many, this may mean that you have hormonal imbalance or fibroids. 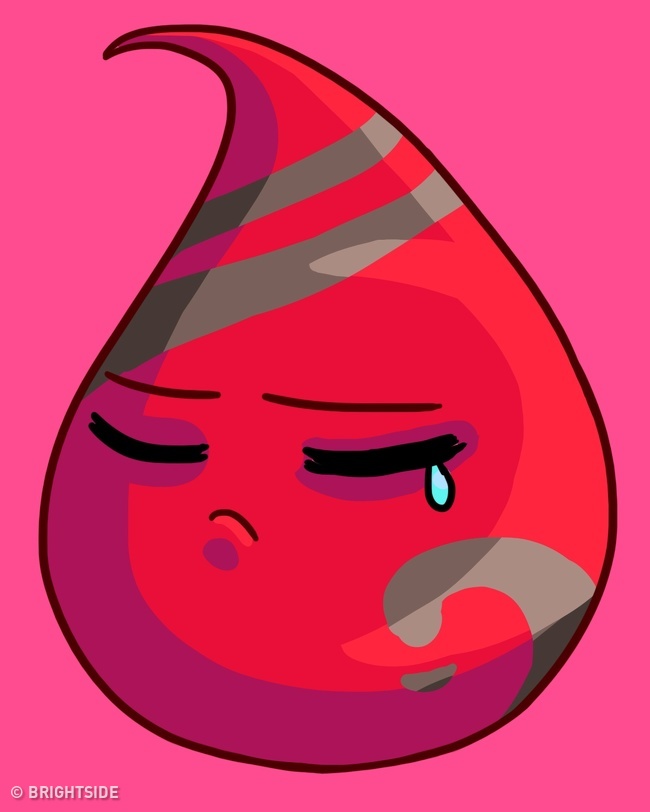 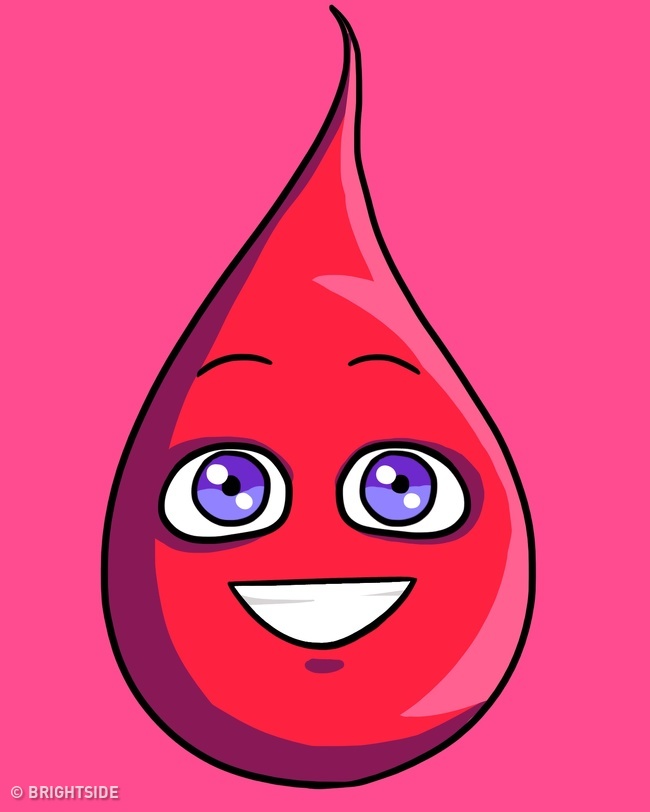 This bright red blood indicates that you are healthy! However, if your menstrual blood does not typically look like this colour, it may be best to see a doctor. 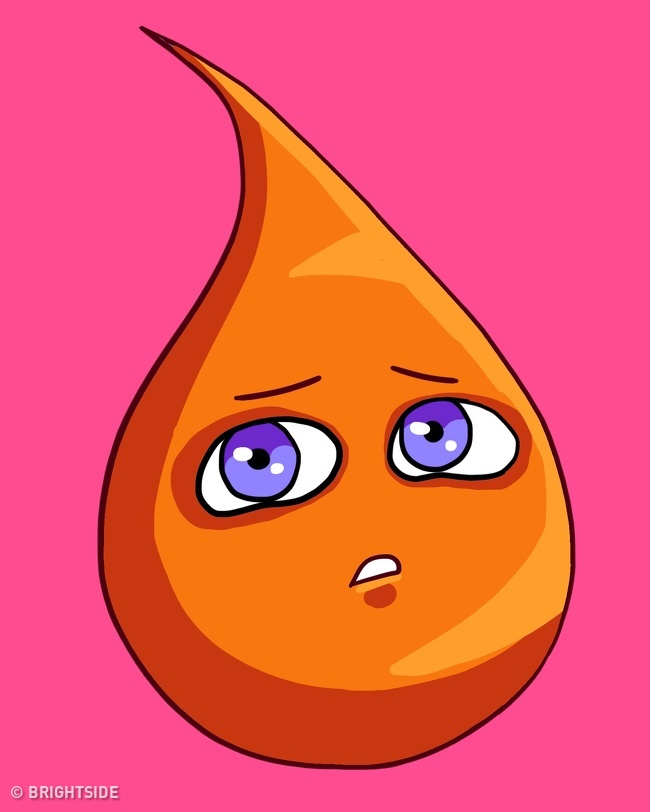 Just like gray-reddish blood, orange blood may indicate that you have an infection. However do note that severe pelvic pain and bad odour will usually accompany your menstrual blood in cases of an STI/STD.

Exhausted doctors and nurses sleep on hospital floors and benches after...

This girl may be paralyzed for life because of a kiss...