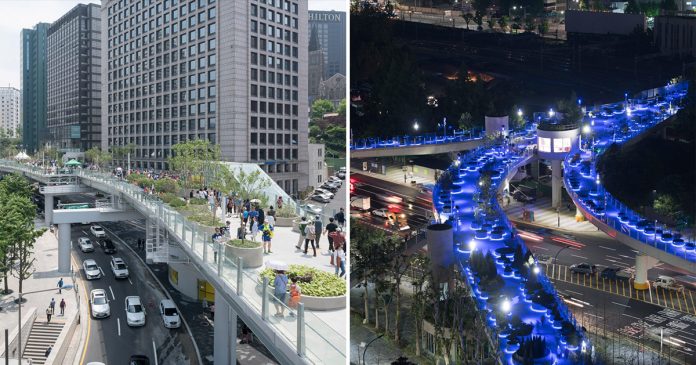 In the 1970s, an overpass was built to connect the eastern and the western sides of Seoul Station. However, the bridge had to be closed to road traffic due to safety issues.

Now, thanks to a Dutch-based architecture firm’s creativity, the abandoned overpass is now set to be one of Seoul’s top tourist attractions as it is transformed into a sky garden. 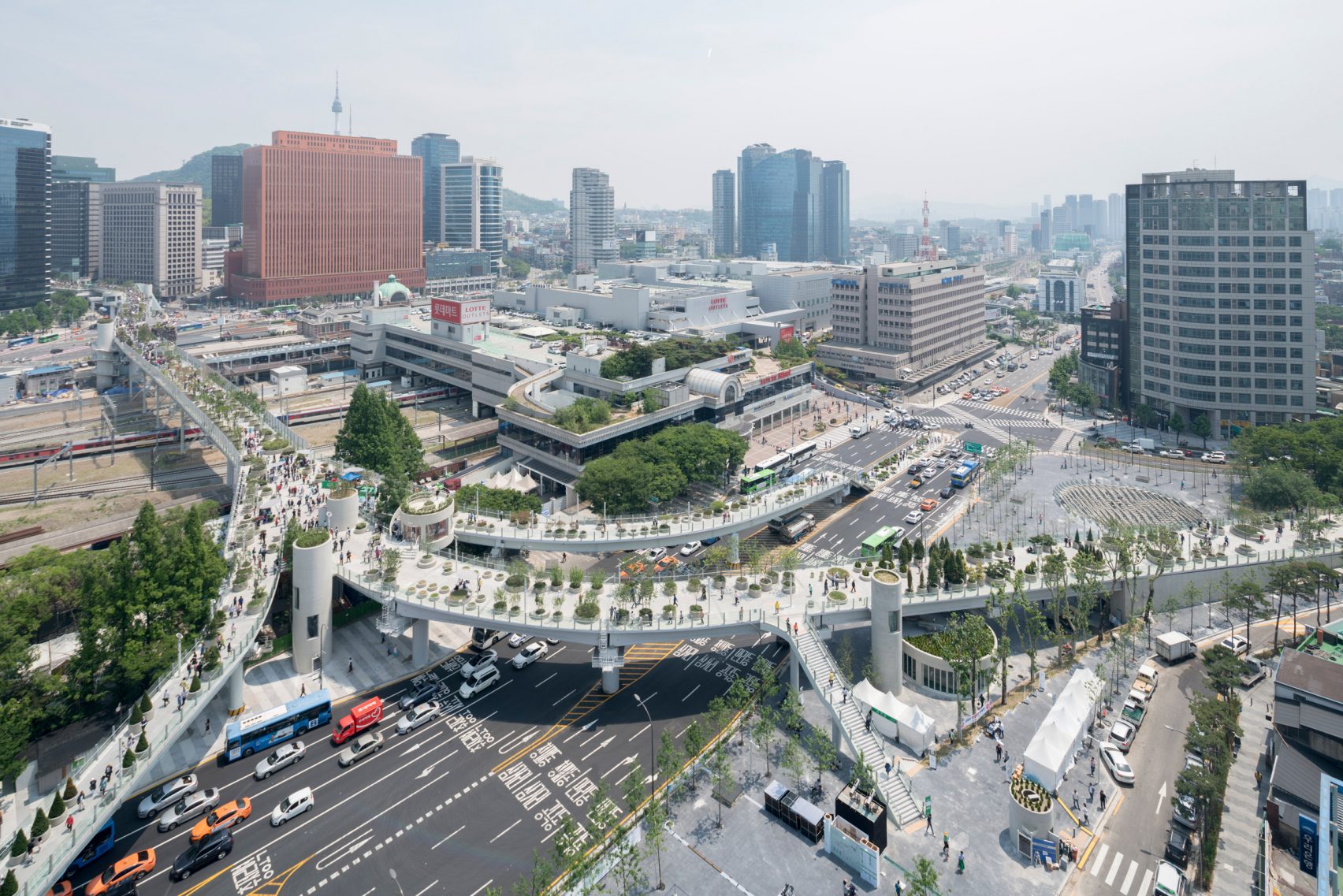 Seoullo 7017 gets its name from being a traffic road in the 70s to a sky garden in 2017. The ’17’ also carries a deeper symbolic as it signifies the sky garden being divided into 17 unique sections and 17 metres above the ground. 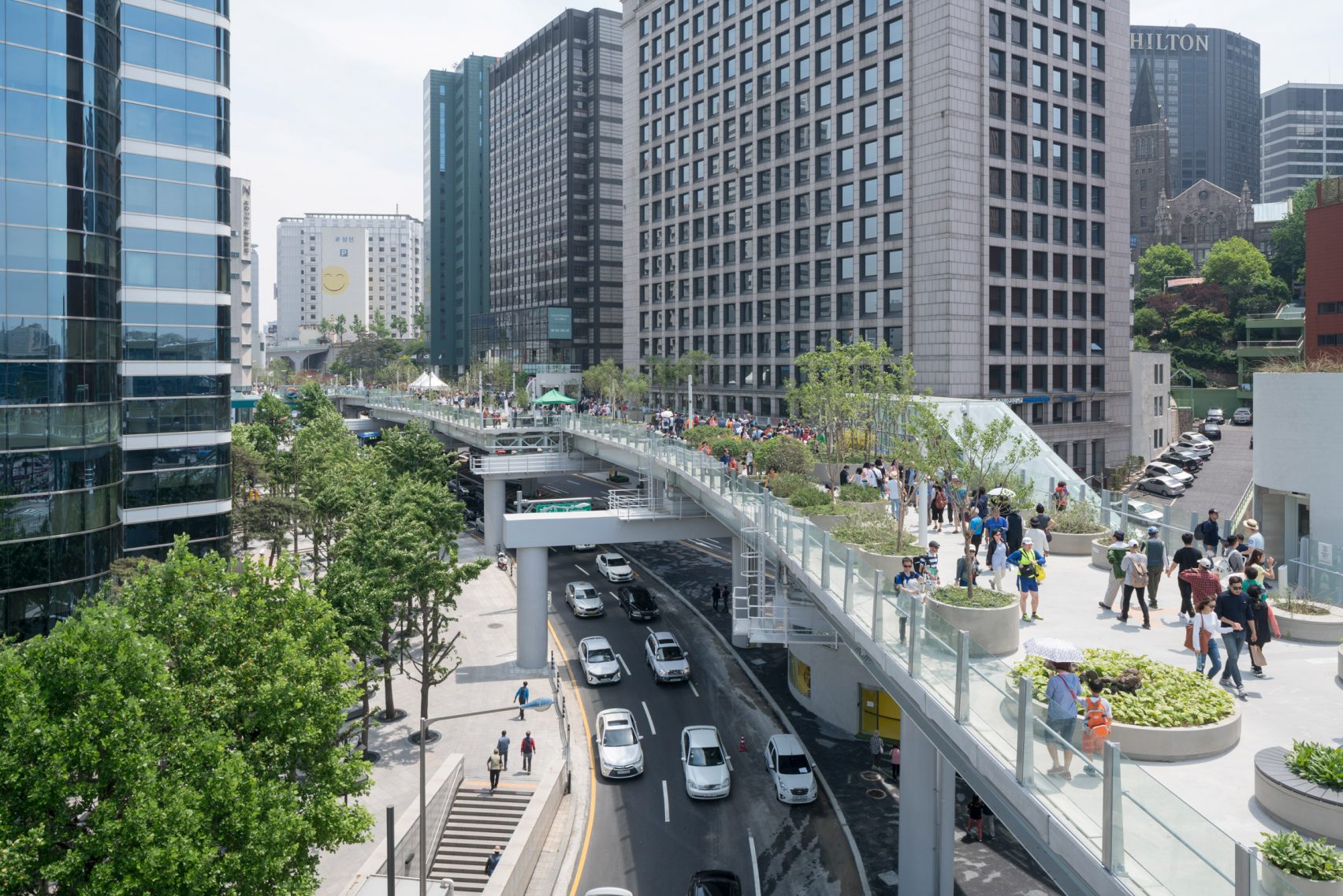 The park stretches from Seoul Station and Namdaemun Market to the city’s Malli-dong, Jungnim-dong, and Cheongpa-dong neighbourhoods

“Located in the heart of Seoul, a true plant village has been realised on a former inner-city highway in an ever-changing urban area,” said MVRDV 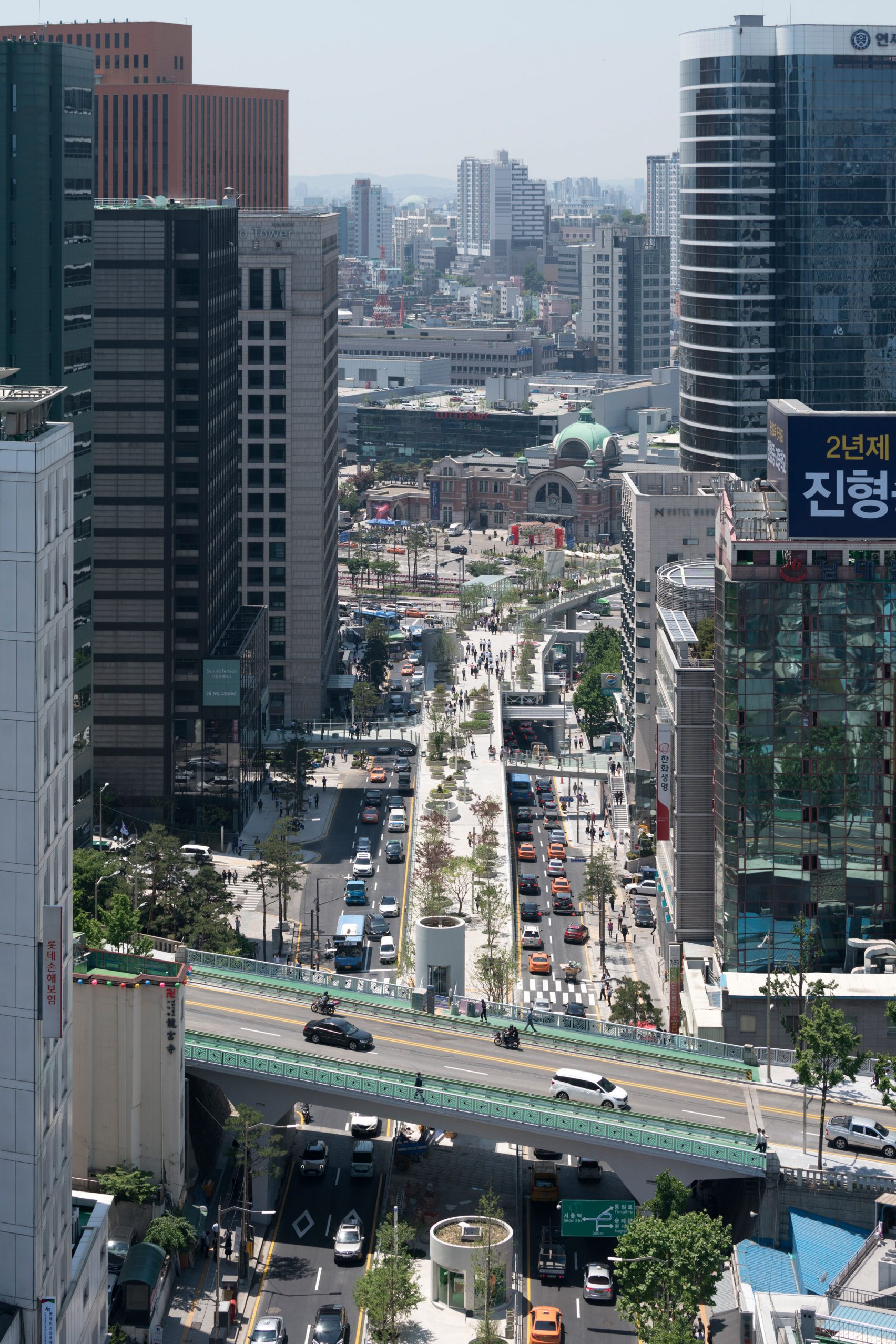 According to MRDV “The pedestrianized viaduct next to Seoul’s main station is the next step towards making the city, and especially the central station district, greener, friendlier and more attractive, whilst connecting all patches of green in the wider area.”

The walkway is connected to hotels and shops by a network of bridges and stairs. 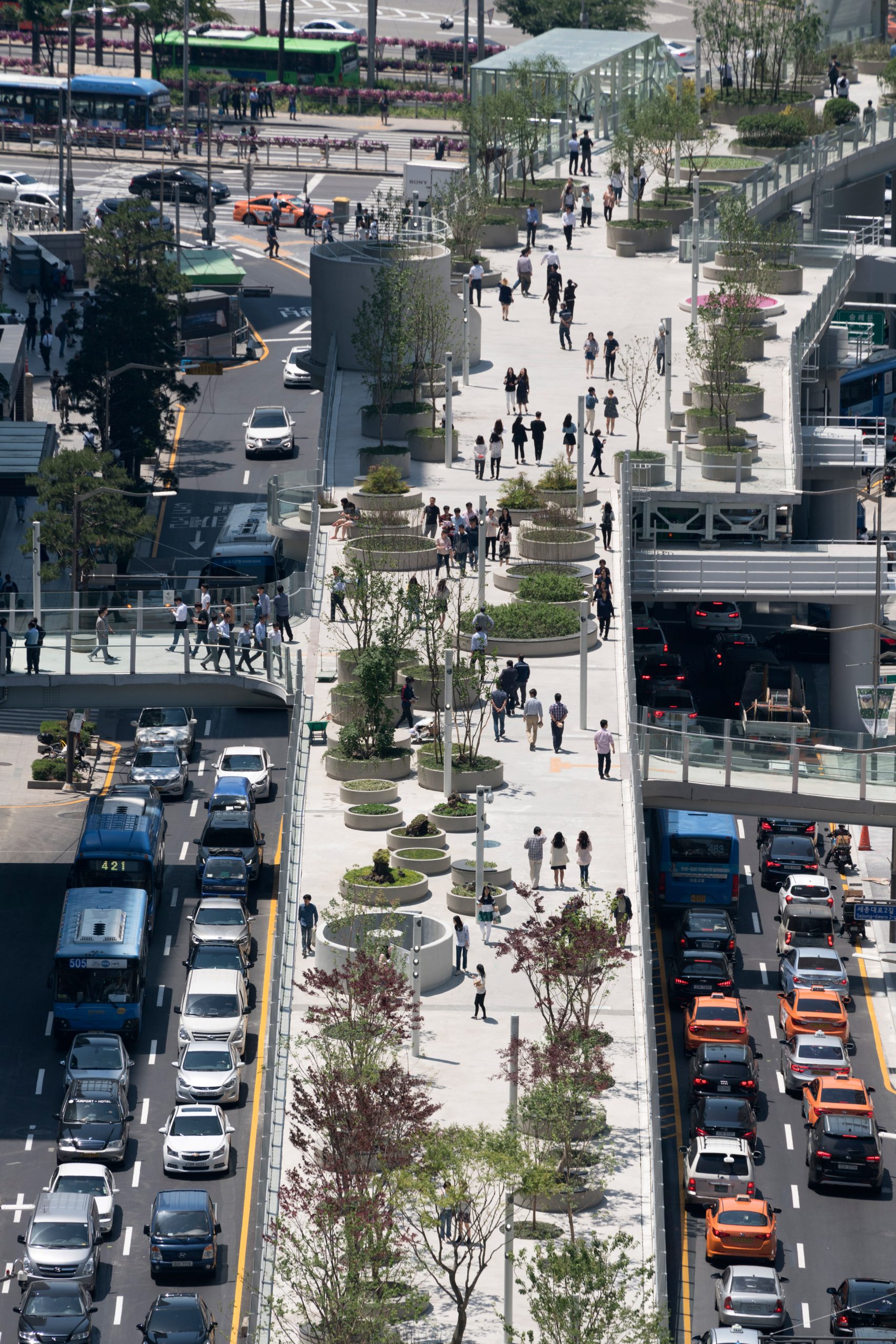 Interestingly, the walkway is also a place for an urban nursery where trees and plants that were grown along the walkway will be transferred to other districts 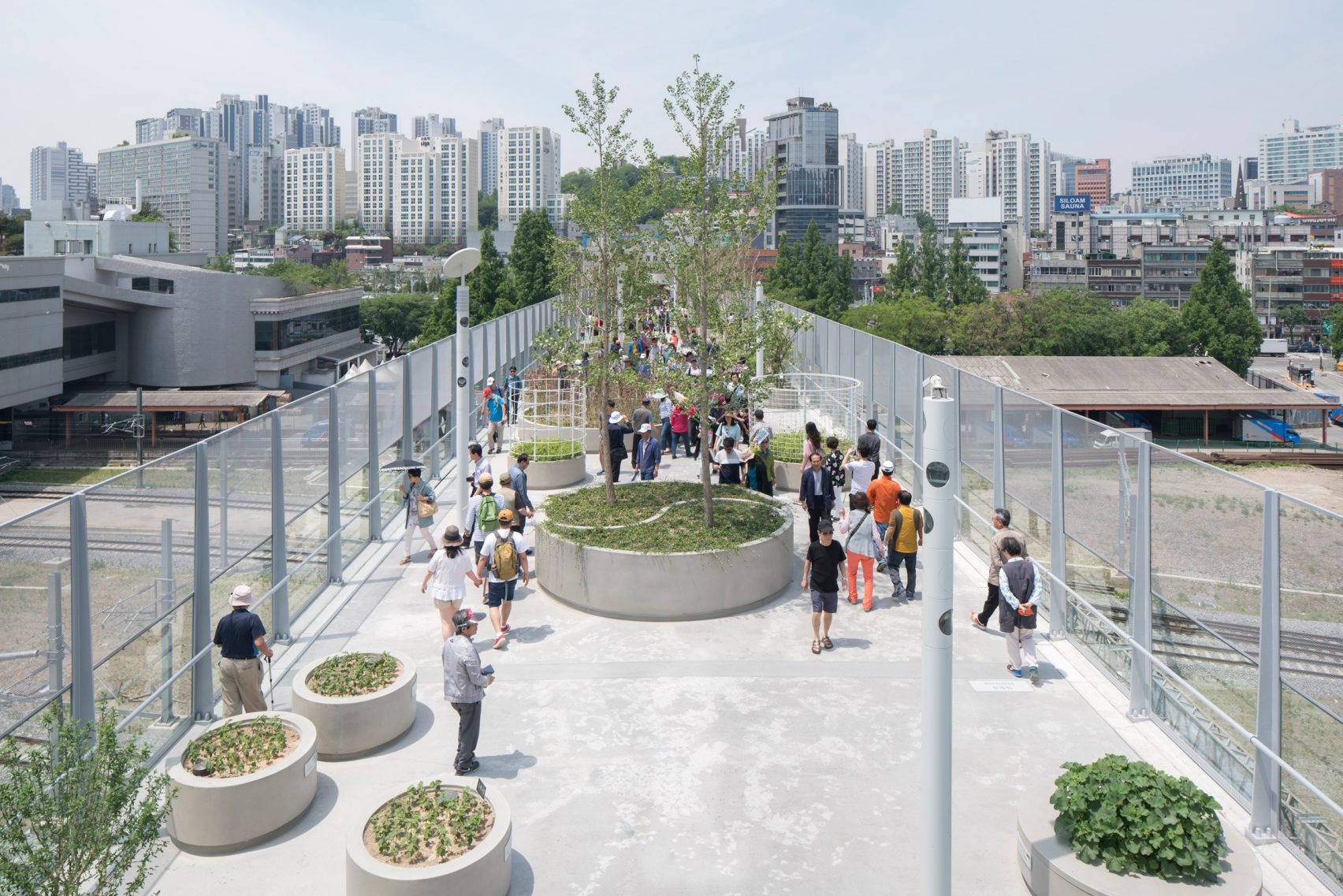 Loops of blue lighting surround the plants in the walkway, offering a contrast to the city’s yellow-toned street lights. 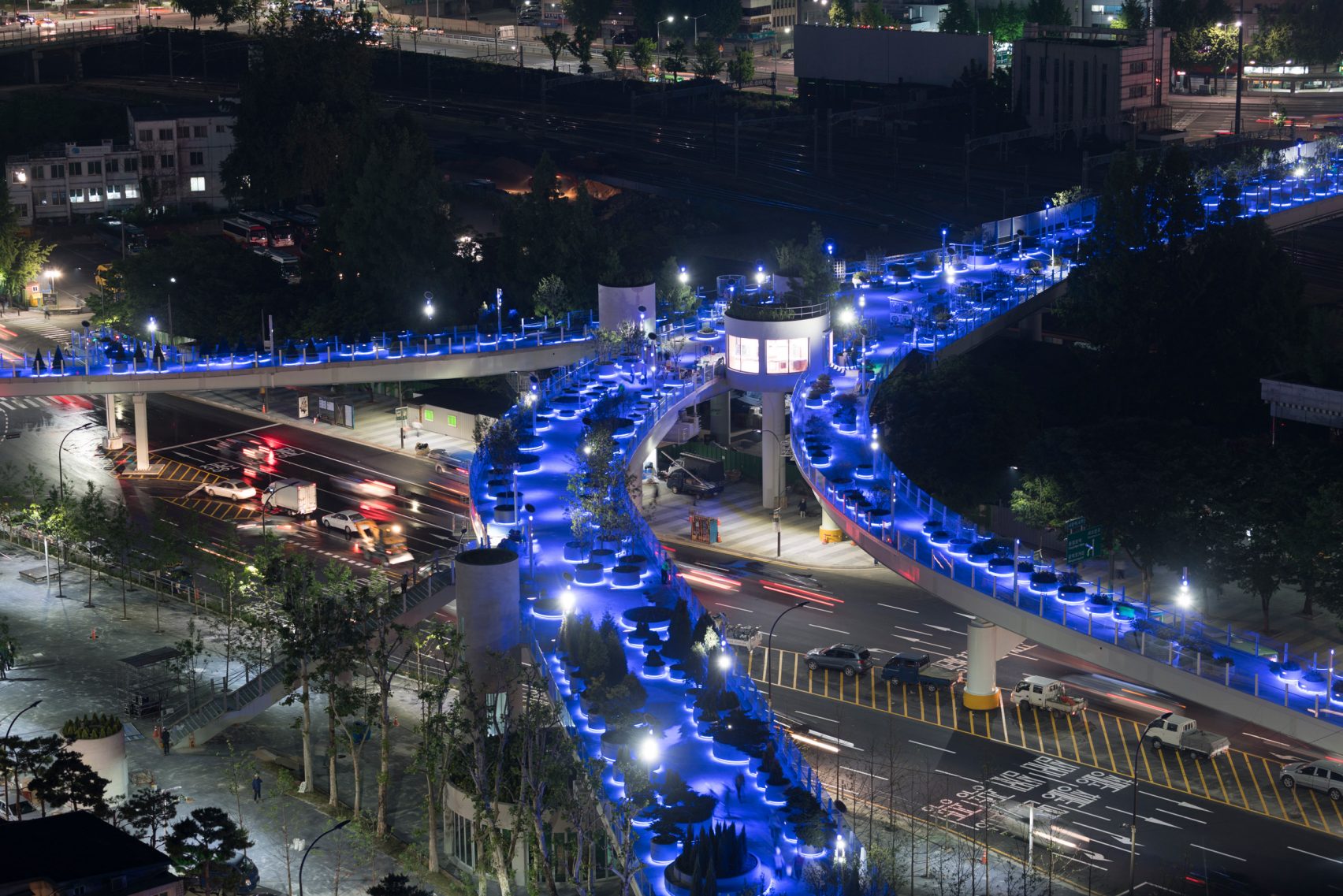 Do you agree with this kind of project? Would you prefer to have this kind of walkway in your city? Share your thoughts.