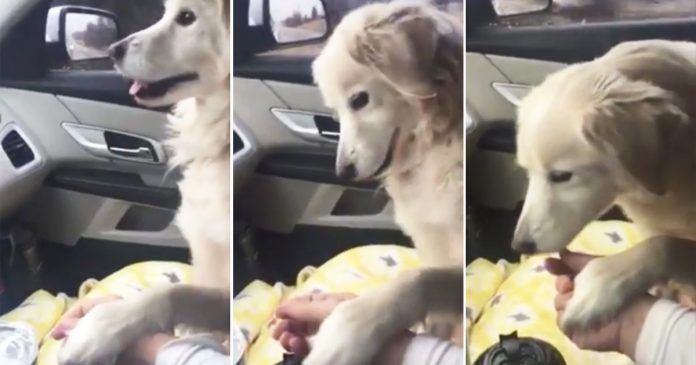 Animals have a special way in which they show their emotions and communicate to humans about how they feel. This is significantly apparent in a video of an adopted golden retriever named Regan, who found a way to show just how happy and grateful she was to be out of the shelter she was in.

4-year-old Regan found herself in a shelter located in Lebanon Tennessee after her owner died recently. It became clear that she was afraid and confused because she was in a place she did not know surrounded by unfamiliar faces. Kim Mozena Rezac had been at the shelter and she worked with the survivors of dog fighting busts.

The 51-year-old who is the founder of Goofy Foot Dog Rescue and the director of animal welfare for Animal Rescue Corps spent three whole days with the retriever trying to earn her trust. She told Today, “You could tell she was scared and afraid. I would go in and give her treats and sit with her and talk.”

The golden retriever named Regan did not want to let go of her foster mum’s hand while they drove back from the shelter to Huntingdon, Tennessee 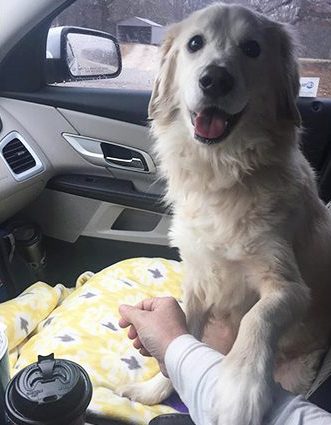 After the pup had warmed up to Kim, she decided that she wanted to take the dog home as a foster owner until she could find her a forever home. She said “Our shelter is wonderful, and our volunteers do such a great job with the animals. But I hated for her to be there if she could be curled up on a couch at my house.”

Kim didn’t live anywhere near the shelter and was afraid of how Regan would react during the long car ride back to Huntingdon, Tennessee which was over two hours away. However, her fears were put to rest when they began their journey because Regan did something extraordinary. She held Kim’s hand during the entirety of the trip!

“She wanted to hold my hand the whole way. If I took it away she would paw at it,” Kim said. “She just wanted to be touching.”

She took a short clip of Regan holding her paw out so Kim could hold it. Whenever Kim moved her hand away, Regan would immediately paw at it and try to nudge her foster mum’s hand open.