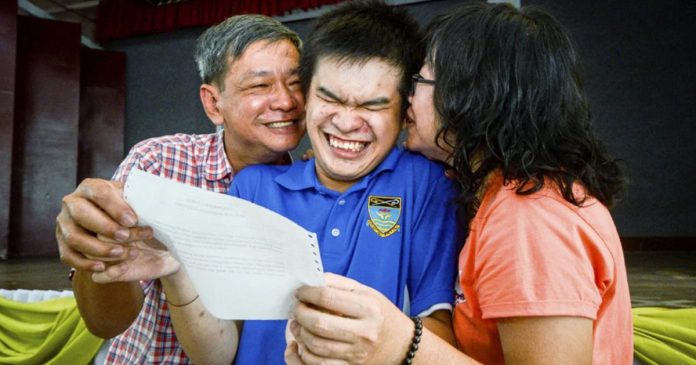 There is a general consensus in today’s world where almost everyone would agree that success is not easily achieved. It takes immense hard work, dedication and perseverance to see one’s efforts pay off. With this being said, disabilities should not become a hindrance to achieving success and the story of this boy is proof of just that.

A Malaysian boy defied all odds and became one of the top scorers of the country. He was the top achiever among the disabled students in the country who sat for the national examinations. Following the release of the results from the Malaysian Certificate of Education (SPM), which is a national examination taken by all fifth-year secondary school students in Malaysia, Kenzon Yeoh scored with an impressive 7 A’s.

His results were so impressive that he well surpassed many of his able-bodied schoolmates. The remarkable student had scored 5A+ in the following subjects: Bahasa Melayu, English, History, Science, Commerce as well as 2A- in Moral Studies and Mathematics.

Yeoh Kenzon proved that if you really want to achieve something in life, nothing will be able to deter you 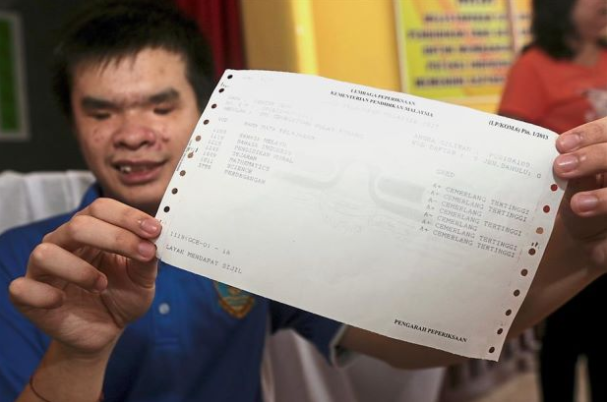 The visually impaired student’s astounding achievement has been recognized by the Penang state government and they presented him a token of RM500 ($128). The Chief Minister himself, Lim Guan Eng, presented Yeoh with the token and urged him to say a few words at the acceptance ceremony.

He related in his speech “The subjects that surprised me the most were History and Science. I was confident of passing but did not expect to get A+.” He continued by saying “I want to become a computer programmer after I took part in the annual information technology camps six years ago.”

Yeoh also shared that his initial passion was to become an inventor but due to his physical limitations, he decided against it. Yeoh was born blind and has adapted exceptionally well as he did not let his shortcoming become a hindrance to his success. He plans on continuing his tertiary education in the field of Computer Science because he wants to develop software which aids the blind and deaf community.

“That’s when I decided to learn programming. It’s something that interests me,” said Yeoh. Many people were curious about his methods of studying and Yeoh recalled that he would study every day consistently and he would put on calming music to maximize his concentration. 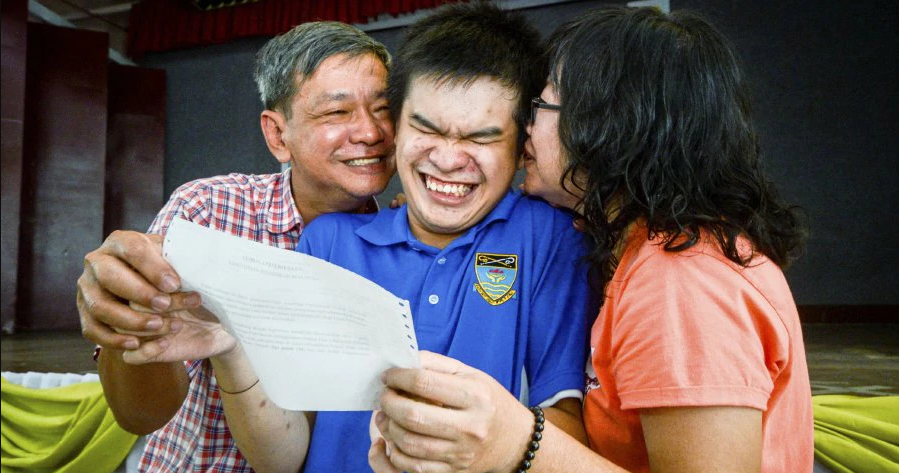 According to local news, Yeoh believes that a calm student is a more efficient student. He also feels less alone when going through his braille materials if there is music in the background.

“After coming home from school, I take a one to two hours nap before I do my homework,” Yeoh recounted interestingly. He would also often have study groups with his friends via Skype. He says “My friends and I would also conduct conference calls via Skype when we study.”

Yeoh’s parents were ecstatic when they found out their son scored straight A’s because he had warned them beforehand that he was confident he could only score 4 A’s.

His 56-year-old father, Yeoh Chin Yeay, said “Our efforts have now borne fruit. My son has got his wish to pass SPM with flying colors. We will continue to support him in his future endeavors.” The part-time factory worker was teary-eyed at the result acceptance ceremony.