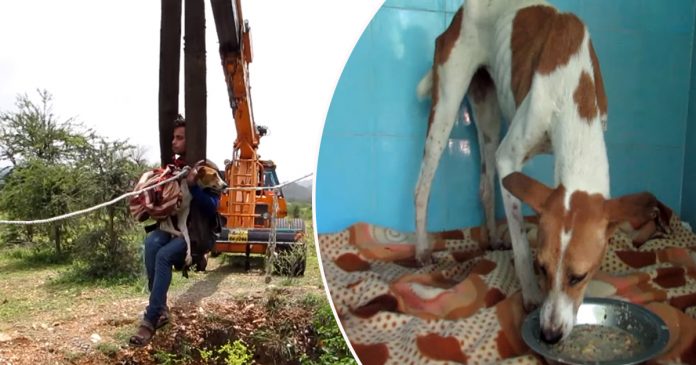 Many parts in remote areas in India lack concrete infrastructures which expose the villagers especially young children and animals to safety hazards around the villages. Often animals get trapped in places they do not belong as they accidentally fall into a deep pit or a well. That was exactly what had happened when Animal Aid United visited a remote village in India.

A dog had been trapped at the bottom of a well in a small village on the outskirts of Udaipur, Western India. The dog was unable to climb out to safety and it was trapped in the well for five days without food and shelter.

The villagers who were aware of the unfortunate incident were afraid to climb down to save the dog as the sides of the well were steep.

Thankfully, they contacted Animal Aid United to rescue the dog before it was too late

Following their request to save the dog, the organisation gave a rapid response and later, a crane was sent to rescue the animal from the well

In the rescue, a volunteer was lowered into the well by the help of the crane 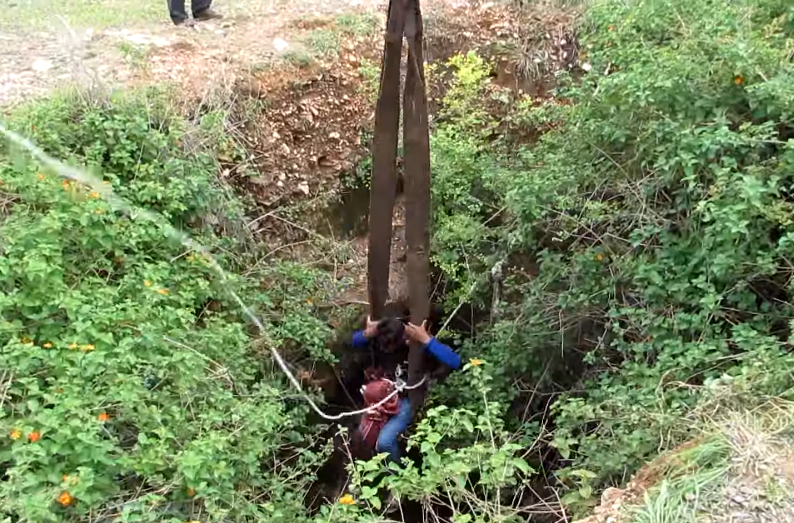 As the volunteer secured the dog, they both then were lifted out from the well

Shivering and starving, the dog was quickly given medical treatment after the rescue

Thankfully, it quickly regained its health and now, the dog which is named Sunny, is happily romping around like it used to again!