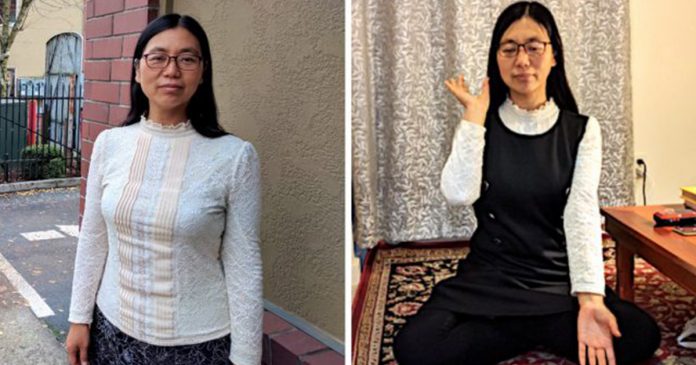 She suffered from severe asthma throughout her childhood, and later from debilitating attacks of near-paralysis. Yet, her ailments disappeared in just three days after a miracle encounter with an ancient Chinese practice.

Sick Throughout My Childhood

I was always sick and weak as a child and as a result had to take all kinds of medicine. There was even a special drawer at home to store all my medication.

My mother would stay up all night to take care of me. After just a short walk in the park my hands and face would begin to swell.

I couldn’t go to school regularly like other kids; I had to take several days off every week. Even when I did go to school, I would sometimes get asthma attacks just sitting in the classroom. I would try to bear it so as not to disturb the other students, to the point that my face would turn blue.

Disaster Does Not Work Alone

In an effort to improve my health, while in junior high school I started to practice various kinds of fitness regimes including qigong, martial arts, and yoga. But disaster does not work alone. One day when practicing yoga, my spine was severely damaged and I couldn’t move. It was diagnosed as spinal cord-type cervical spondylosis—a condition that greatly exacerbated the hardship in my life.

After I went to university, the frequency of the cervical spondylosis attacks increased. In severe situations I couldn’t write, couldn’t eat, and couldn’t even bear any light. We had bunk beds in the students’ dormitory and quite a few students shared one room. I had to use a curtain to cover my bed to keep out the light. Since I couldn’t eat, I would try to drink a little water to somehow stay alive.

The doctors said surgery was out of the question since the damage to my spine was at a very high position. And there was no special treatment either. They also said it was quite possible that laughter or fatigue could result in paraplegia—complete paralysis of the lower body. I was so frustrated and sad that I had just started my adult life and yet had no future.

When I was on the brink of desperation, my classmate introduced a Chinese spiritual discipline called Falun Dafa* to me. 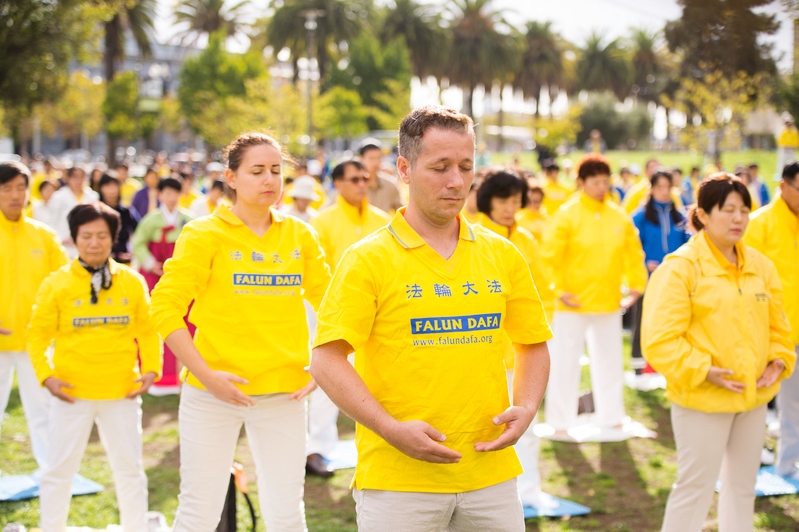 There was a practice site near the university and I went there for the first time at about 4 o’clock in the afternoon. When approaching I saw many people there with their arms up doing the second Falun Dafa exercise, called the Falun Standing Stance, or Holding the Wheel. I actually saw each of them holding a rotating wheel in their arms, something that can’t normally be seen. I also saw a red light bathing the practice site. I was astounded because I knew I had experienced something sacred!

However, after two days the cervical spondylosis attacked again. I lay on the bed, my limbs so weak that I couldn’t get up. But I was determined to do the exercises, and so with a lot of effort I made it to the practice site.

When practicing the third exercise, called Penetrating the Two Cosmic Extremes, I could feel a warm, white, cheese-like substance going down from my head to my feet. Right at that moment, the sick feeling, pain, and weakness vanished and I felt unbelievably comfortable.

From that day on, my cervical spondylosis was gone and never returned. In just three days, a problem that could not be solved by modern medicine disappeared thanks to this powerful practice handed down from ancient China.

From childhood, I had never known the feeling of being “free from illness.” Now, for the first time in my life, I experienced the happiness of being healthy and the freedom to do whatever I wanted without worrying about a cervical spondylosis attack.

After graduation, I became a physician. The work was very hard, involving lots of night shifts. Some of my colleagues often fainted due to the intense workload, yet it didn’t bother me at all.

Seeing this miracle and the change that occurred in me, my boyfriend, his family, and my family—about 20 people in all—started to practice Falun Dafa. We have all benefited and each of us has a story to tell. We feel lucky and grateful that we had the chance to encounter Falun Dafa. We want to share our stories so that others can benefit as well.

Guiying Zhang, a 44-year-old physician from China, is now a herbalist in Portland.

Falun Dafa is a cultivation practice of mind and body that teaches truthfulness, compassion, and tolerance as a way to improve health and moral character and attain spiritual wisdom.

For more information about the practice or to download “Zhuan Falun,” visit: www.falundafa.org All books, exercise music, resources, and instructions are available completely free of charge.