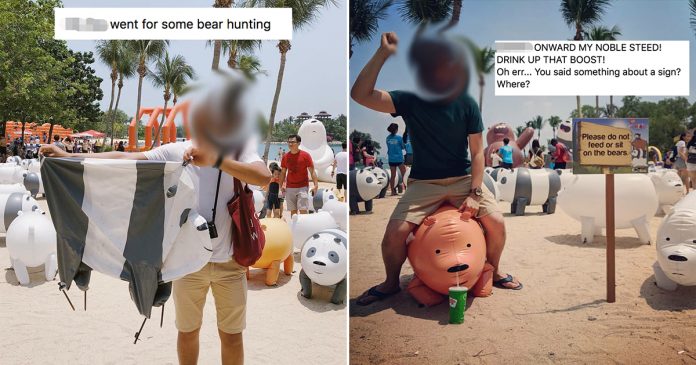 More than 300 inflatables of the popular cartoon, “We Bare Bears” were placed on Palawan Beach as part of Sentosa’s Fun Fest. The fest which was held from 10 to 18 March saw hundreds of local and foreign visitors having fun taking pictures with the adorable inflatables which featured 300 inflatables of the three main characters of the cartoon, Grizzly, Panda and Ice Bear! Unfortunately, it was not long before the public started to treat the inflatables a little harshly than they should.

Even though signs displayed in the beach area obviously warned the public to not sit on and feed the bears, some visitors chose to feign ignorance by sitting on the delicate inflatables.

These are the following photos that can be found on Instagram which may be disturbing to We Bare Bears fans. 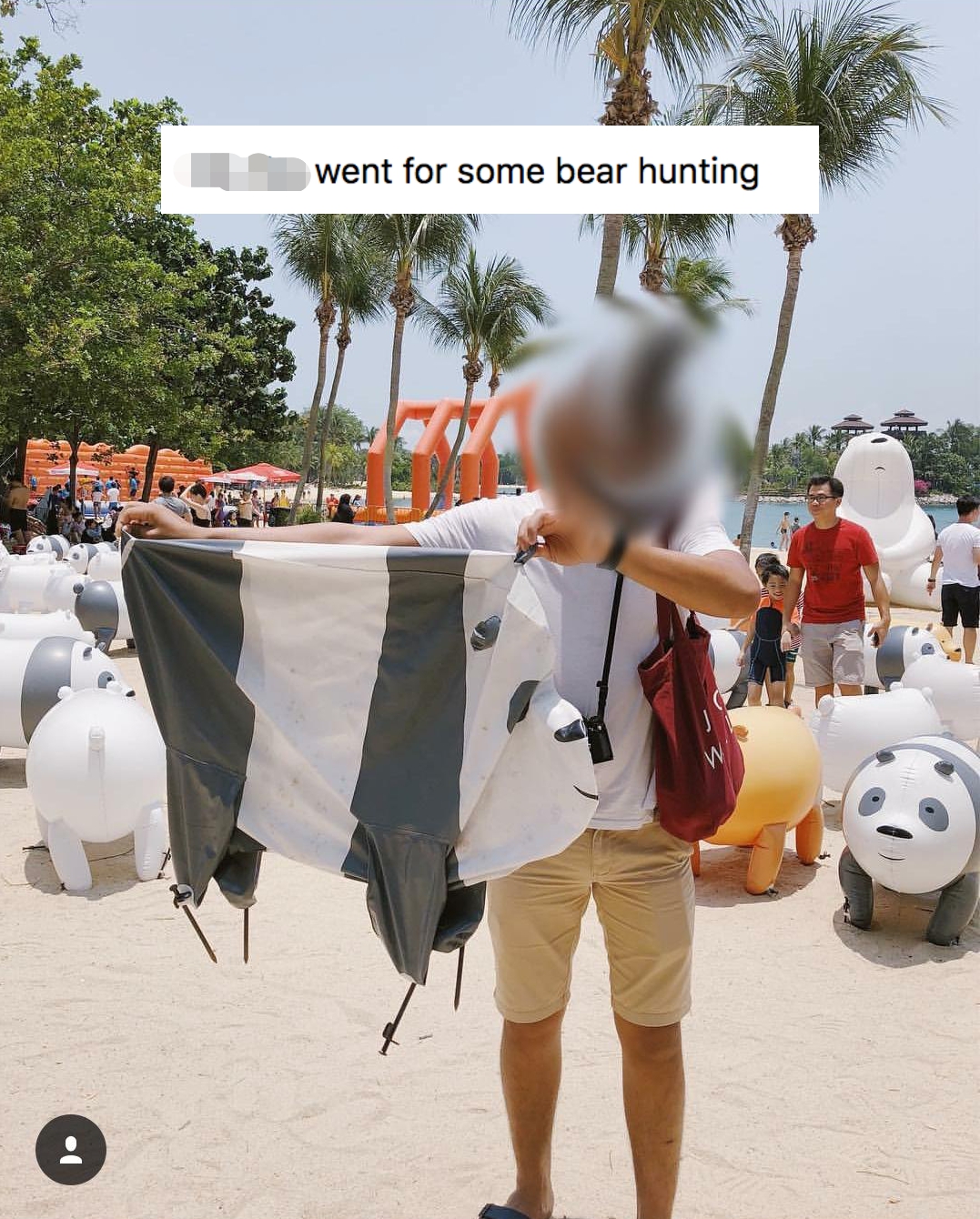 An epitome of selfishness: Although the sign was clearly displayed, this man chose to sit on a Grizzly inflatable 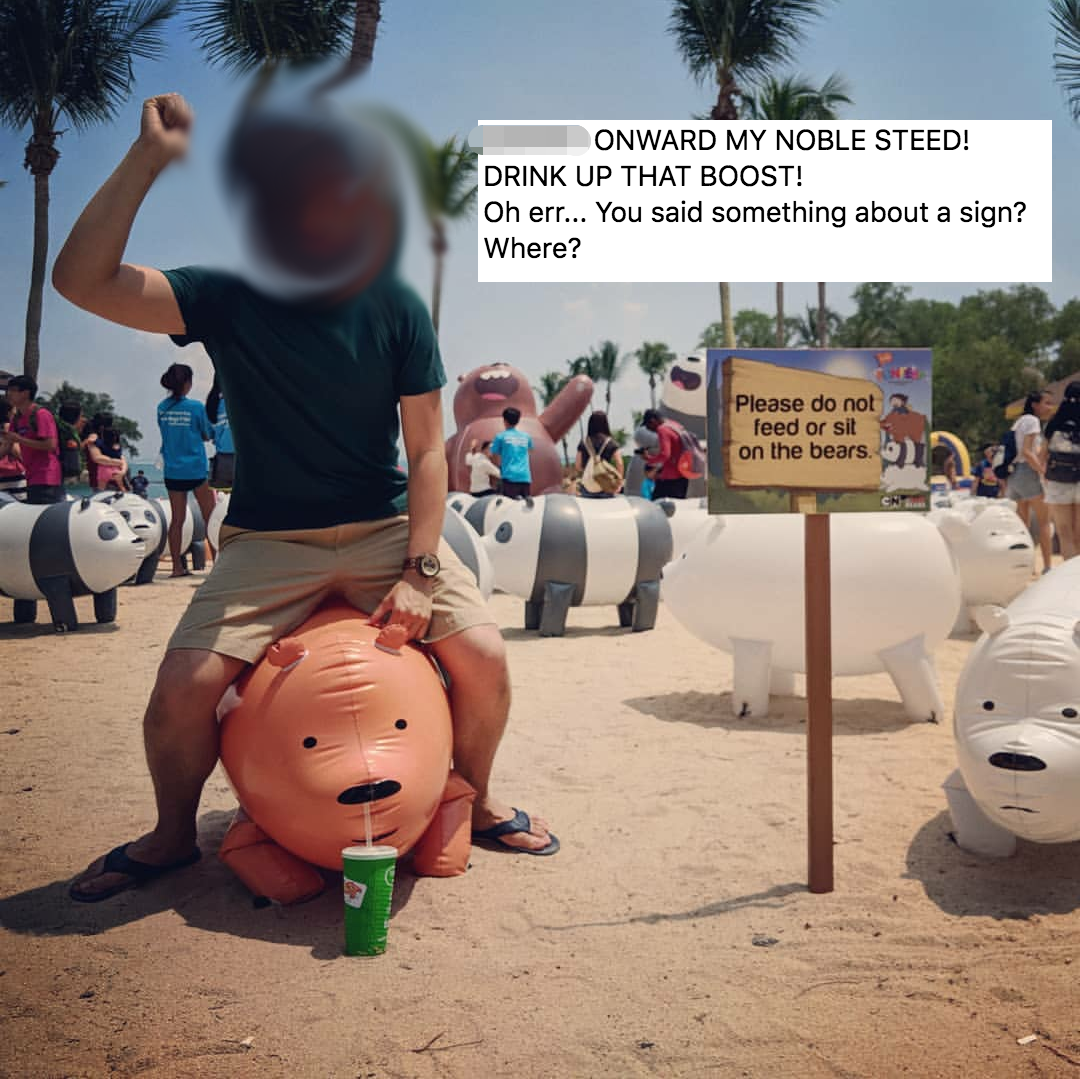 “The bear legs collapsed when I sat on it.”

Clearly, it was not meant to be seated on 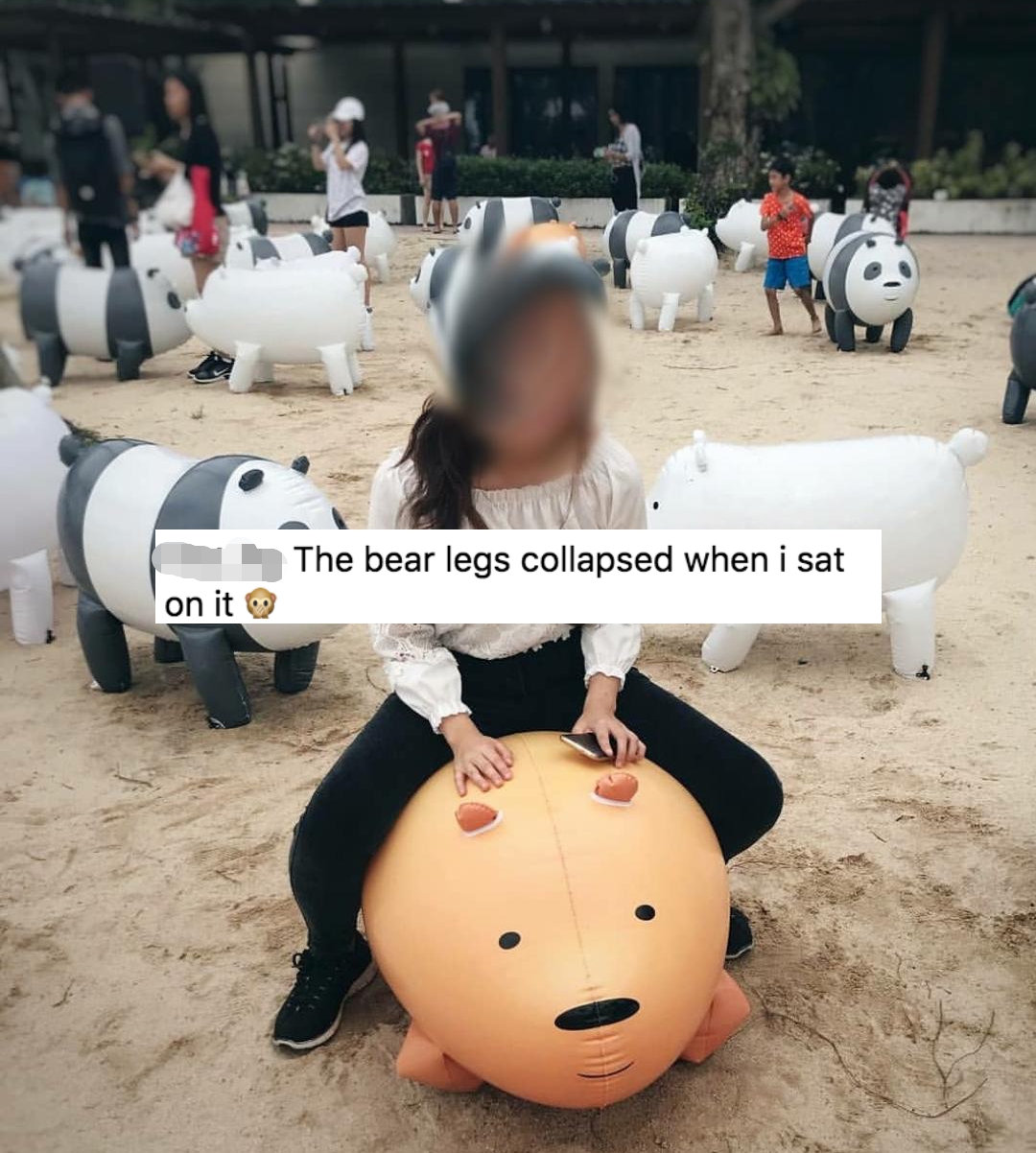 No, you neither love animals nor respect them 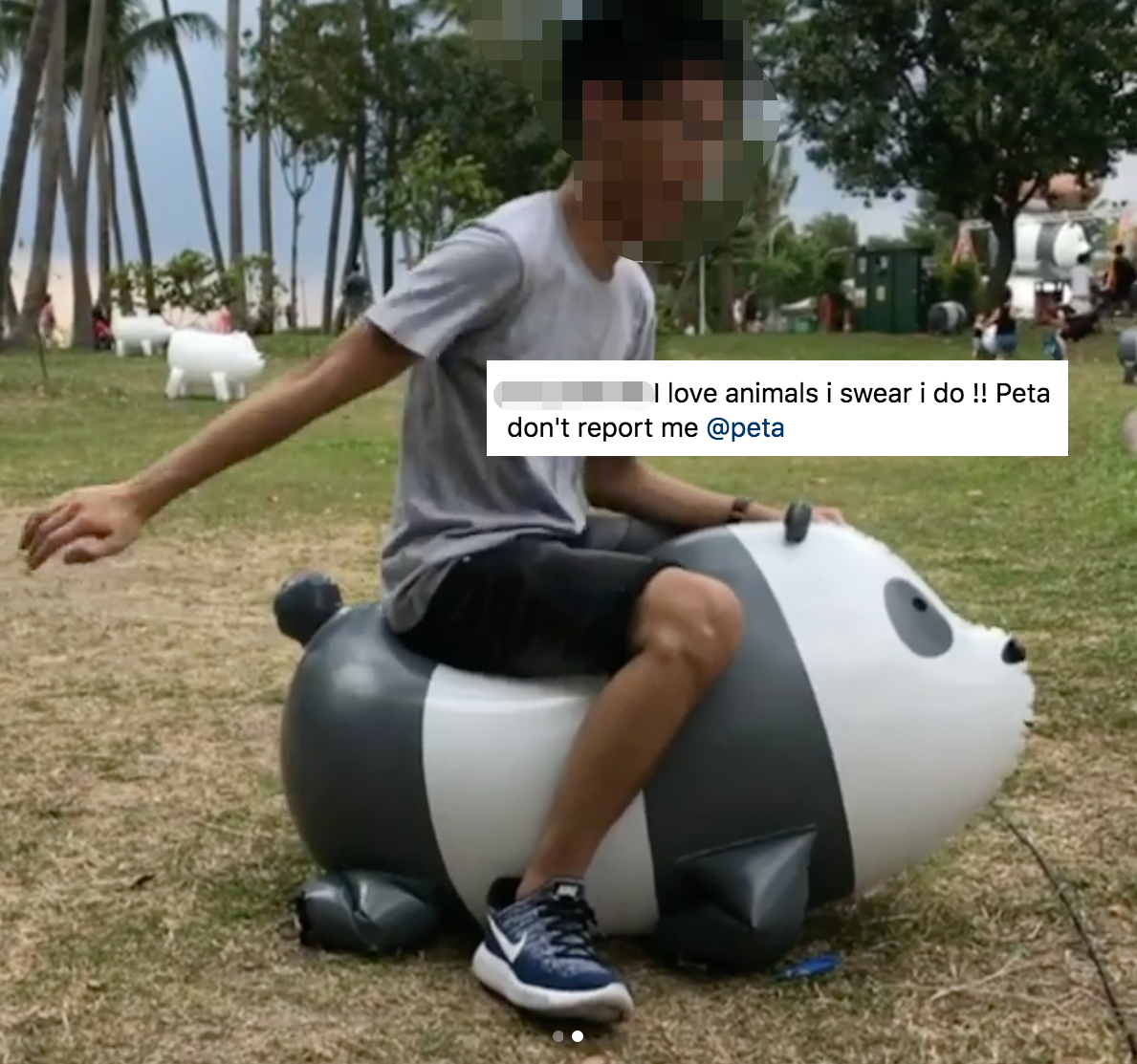 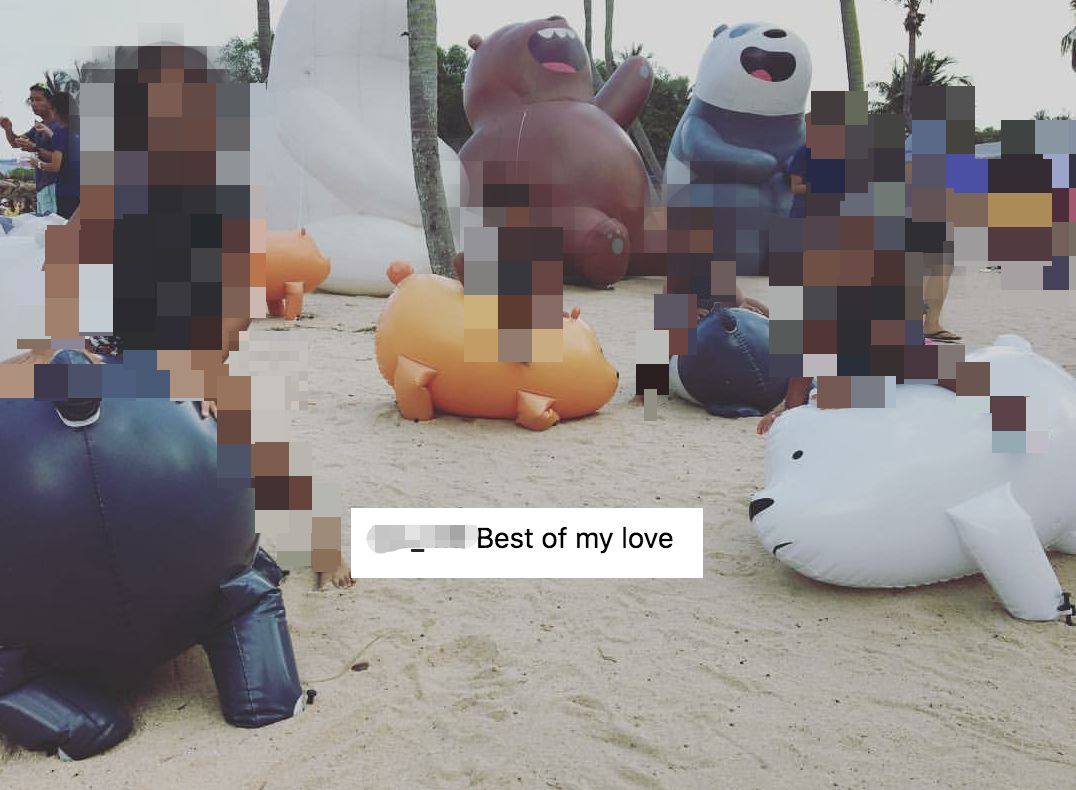 Sadly, the child copied the immature behaviour of the adults 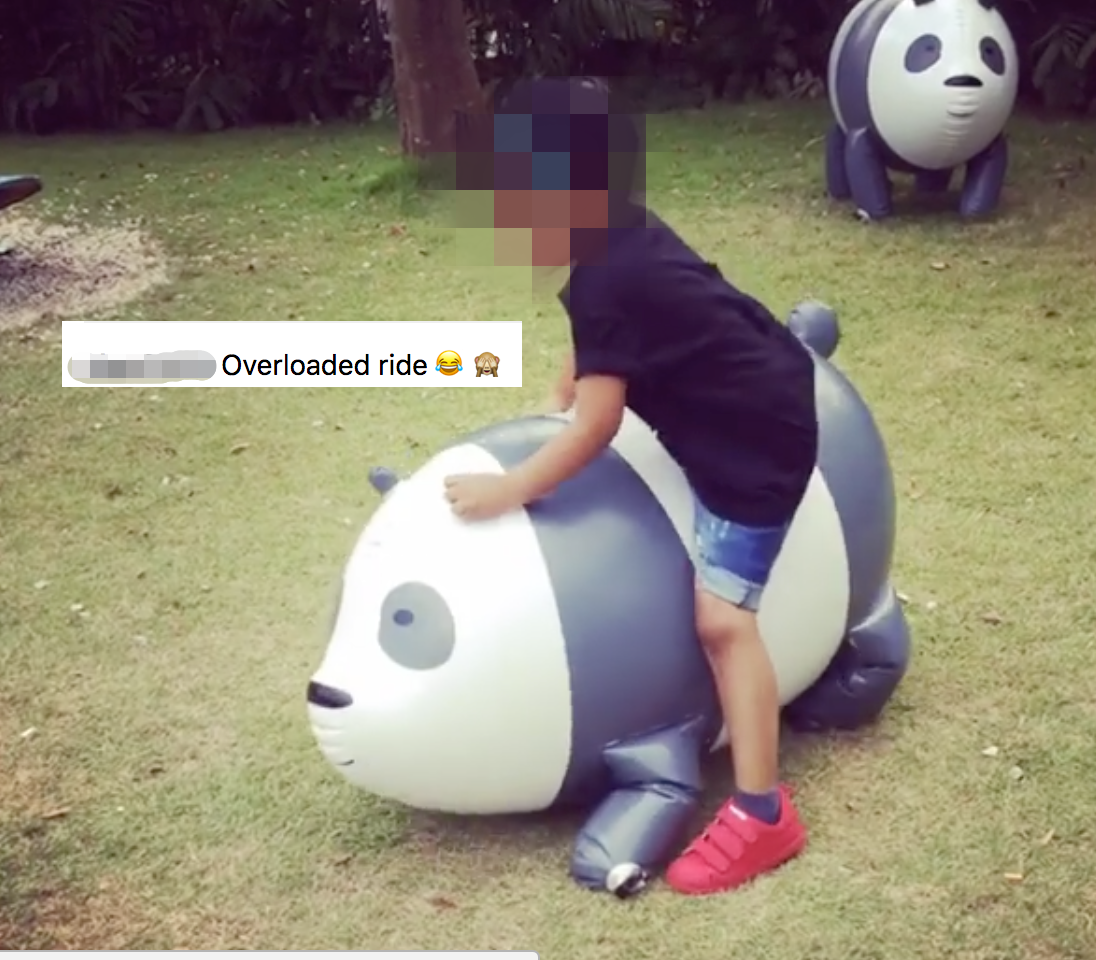 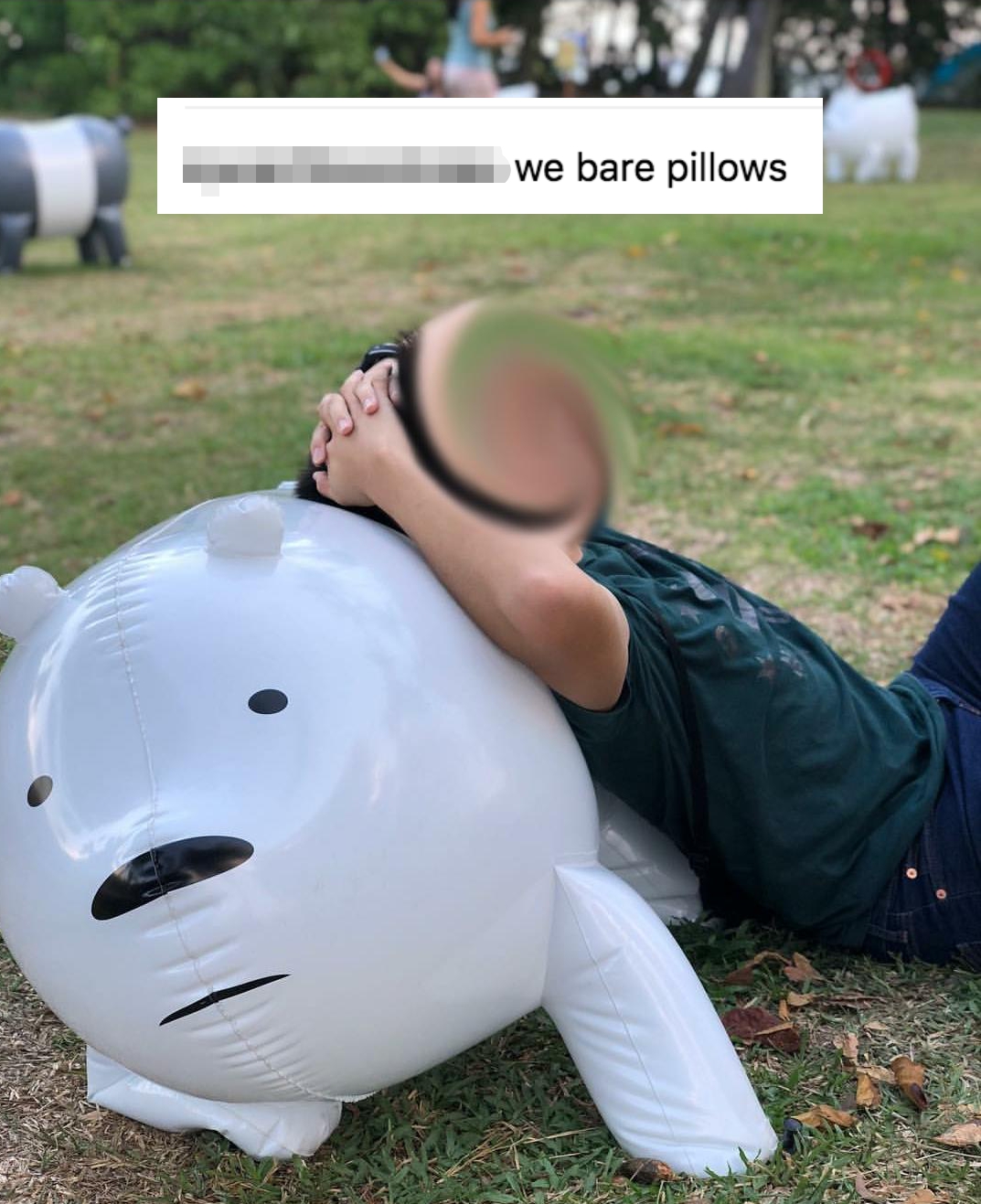 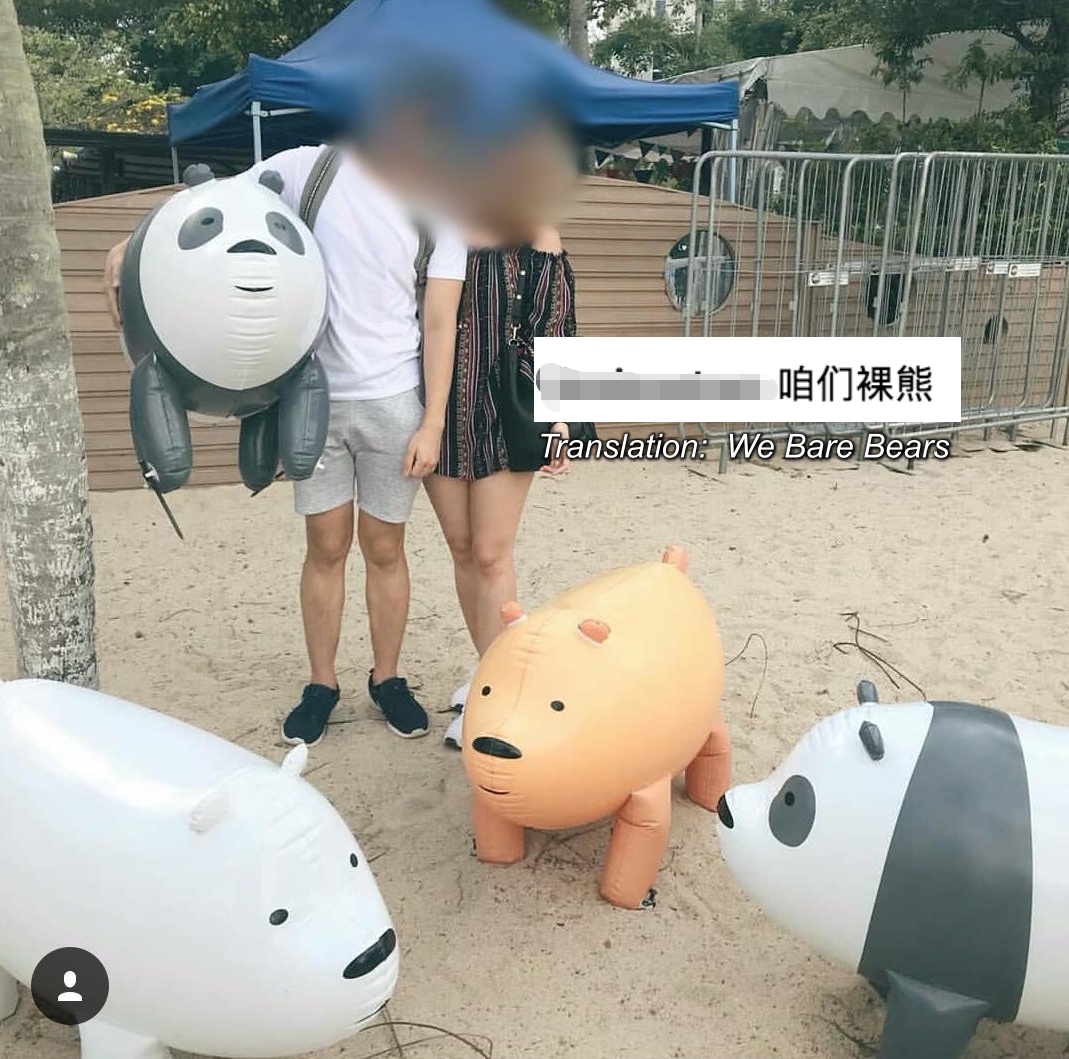 Another visitor who lifted the inflatable off the sand 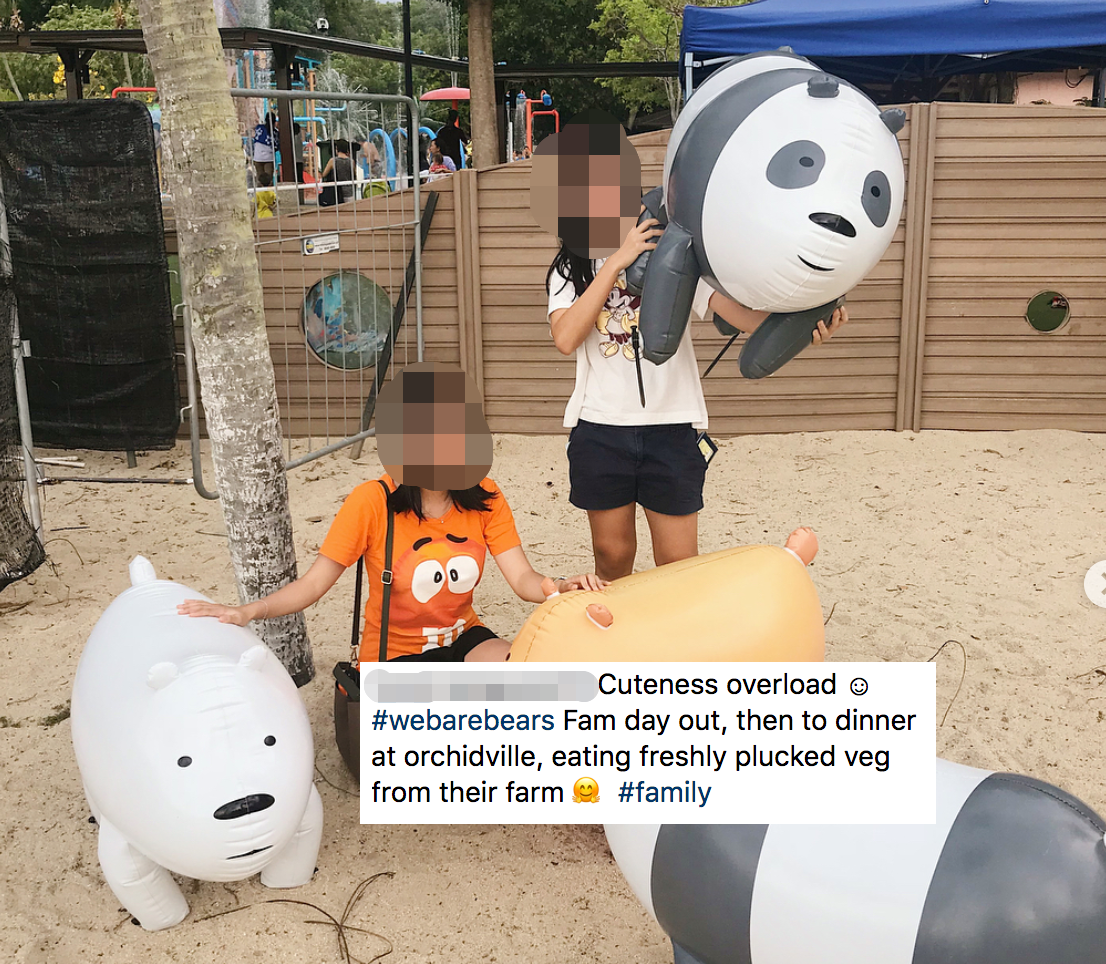 Worse, there are people who think the sign only forbid the public from sitting on the inflatables 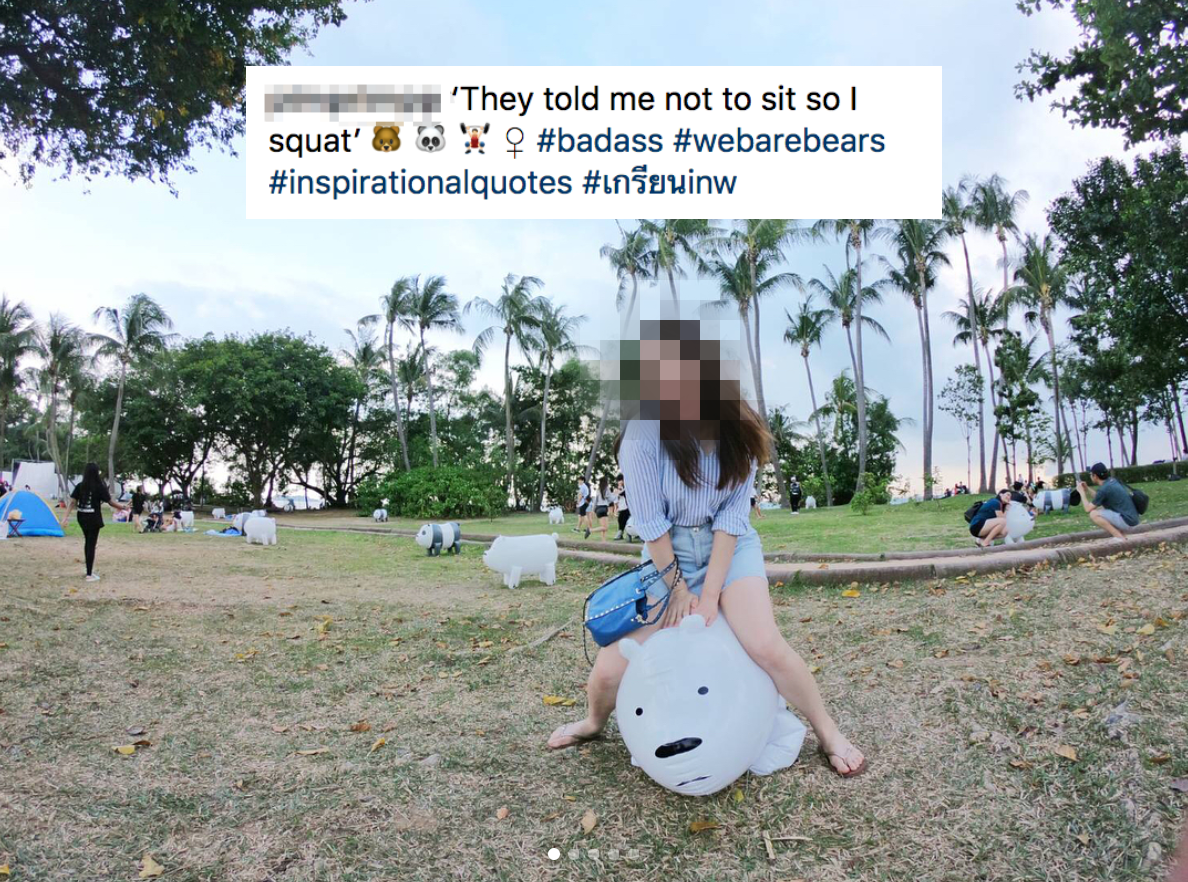 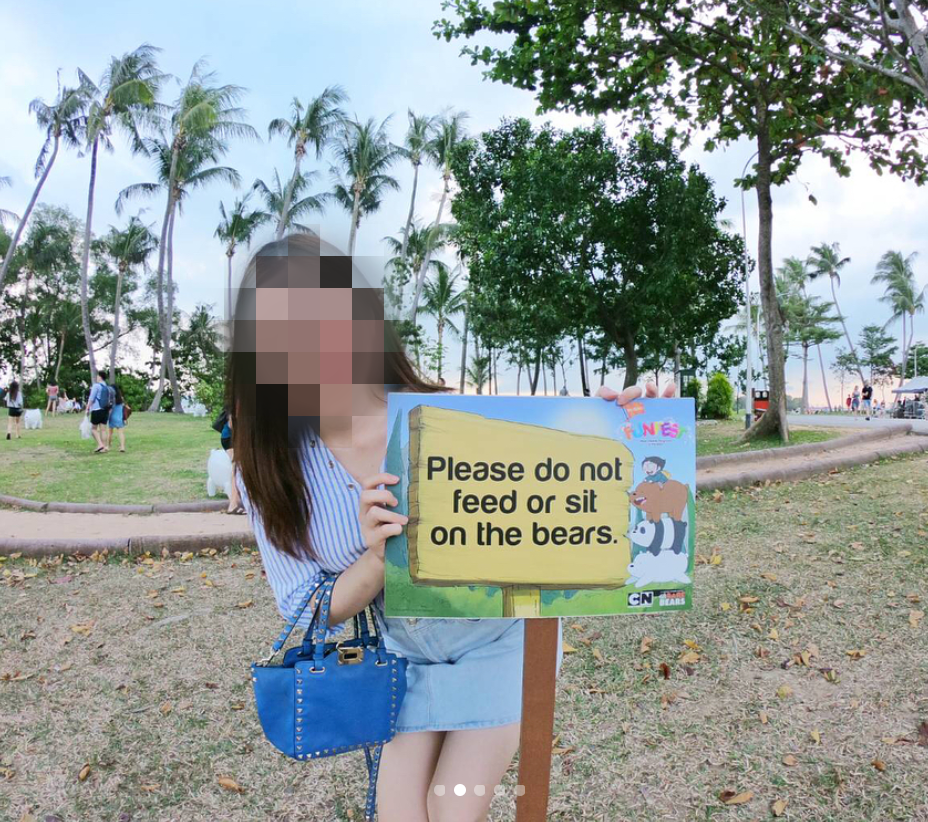 These rocks in Japan turn striking blue at night when these...