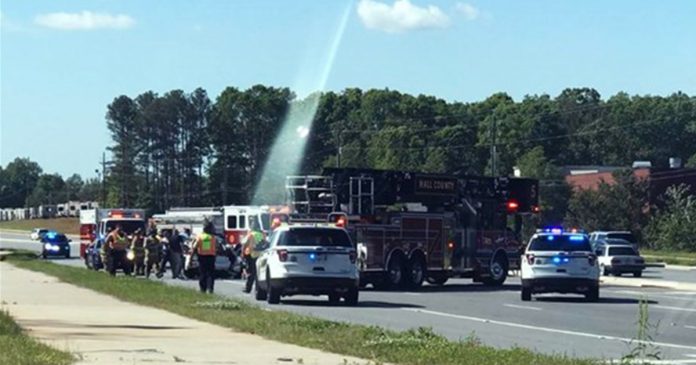 A grievous accident occurred which caused a major backup on Route 347, Georgia which is a state in the Southeastern United States. The fatal crash took the lives of two young mothers and a 9-month-old baby. Another driver who was stuck in the congestion leading up to the crash site took a photo of the scene, and when she looked at the image she was lost for words.

Anisa Gannon was on her way to work when the incident happened and this meant she had to sit through hours of being stuck in the jam while authorities assessed the scene of the accident. 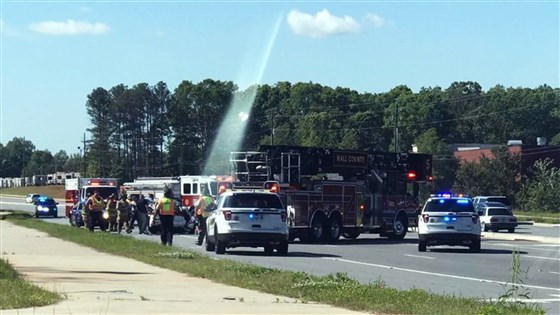 Gannon’s aunt, Tara Noble recalled the incident in an interview with TODAY. Her aunt looked at the photo and noticed something strange besides the authorities and emergency crew at work on scene. She was baffled to see a bright ray of light form the site, ascending from the road to the sky.

She recalled having said “Oh, my gosh. It’s a pathway to heaven.” Not only was it a bright beam but Noble swore she could see two small orbs within the ray of light. Logically though, people assumed the ray of light was simply a glare from the windshield but Noble said the point was not to prove where it came from.

She said, “I don’t believe in coincidences, especially the two ‘lights’ inside that bigger light.

It brought the families peace, whether it’s a glare or not,” she said 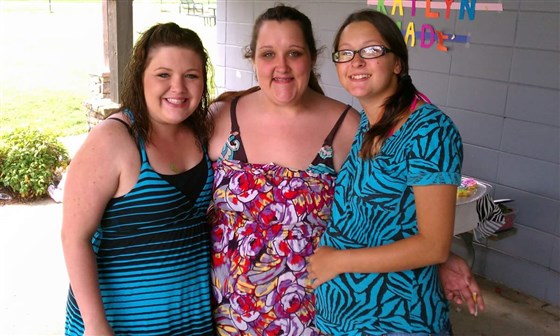 “It’s indescribable, basically, and it does look like them leaving.”

The crash took the lives of 23-year-old Hannah Simmons and her baby daughter A’lannah as well as her friend, 28-year-old Lauren Buteau. They were all residents of Gainesville, Georgia and were killed in the crash after Simmons lost control of her Subaru Legacy. The vehicle swerved and crashed into another car.

Noble felt compelled to find relatives of the victims in order to get the photo to them. She got in contact with Hannah’s mother, Judy Simmons and handed her the photo. 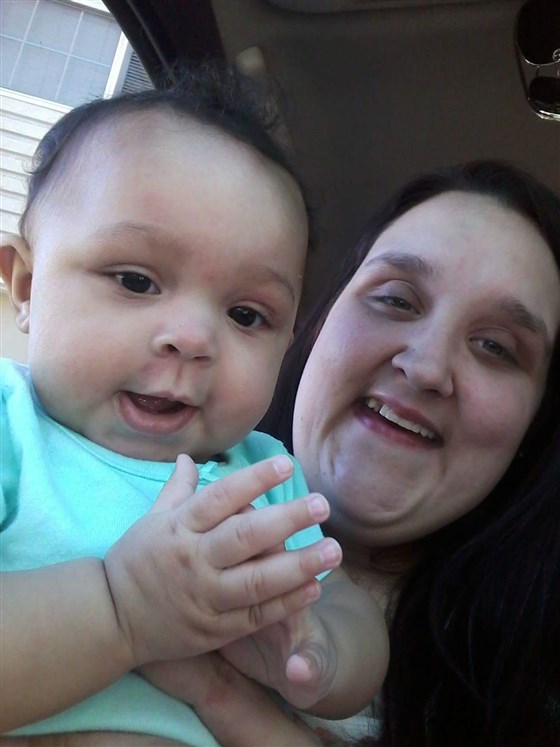 Paige Wilson, who is a cousin of one of the victims said “No doubt it’s some kind of sign.” She said Simmons and Buteau have been best friends for many years just like their mothers, Judy and Dana were. “They grew up together as family. Hannah and Lauren always called each other sisters, they were so close,” Wilson said.

The family of the victims were understandlbly devastated. Baby A’lannah was the family’s pride and joy. “She loved (the TV show) ‘Dog the Bounty Hunter.’ As soon as she heard the music she would get to the TV just to see it,” said Judy.

“It was the funniest thing you ever saw” 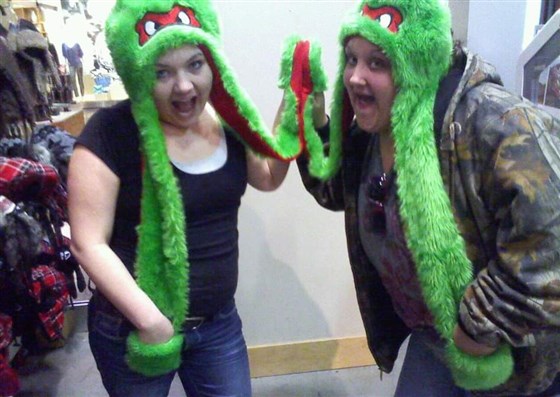 Buteau also had a daughter, 5-year-old Aniyah, who now lives with Buteau’s aunt. Her aunt, Jodi Carter, recalled the night of the incident and said she had just returned from the hospital when she received a message from her son.

“I opened the photo and my mouth hung wide open. It took my breath away,” said Jodi. “I was in pretty bad shape, but now I know where she is.”

The photo served to bring peace to the family in their time of mourning because they believe that it was a sigh their loved ones are in heaven. Wilson believes the photo serves a higher purpose as it is getting national attention saying, “If it is able to change even one person’s faith for the better, something’s been done right.”

At 19, British girl is funding her studies by naming over...

Mom of 3 held at knifepoint writes ‘secret code’ on pizza...