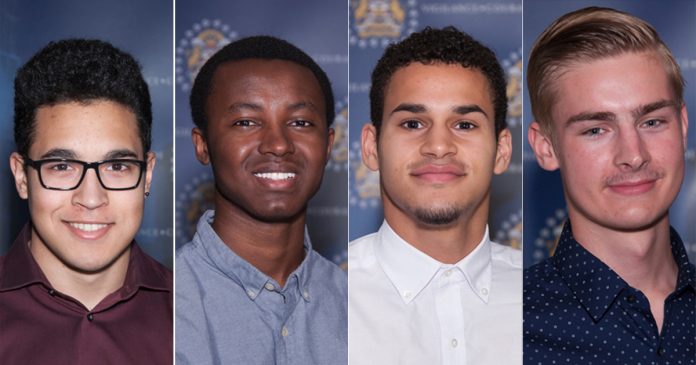 A group of four friends who were casually skateboarding in an underground park at Chinook Mall when they noticed something strange. They saw a relatively well-dressed man carrying a young girl who appeared to be heavily intoxicated and she was also visibly distressed.

One of the longboarders named Carsyn Wright said “She was screaming and yelling. She just wanted to be out of there. She was all scuffed up and dirty.”

The group of boys wanted to make sure the girl was safe and so they decided to go up to the man and proceeded to question him. The man answered all the boys questions and said he was trying to contact the girl’s father in order for her to get home safely.

“You don’t want to really think of the worst in somebody like that. You don’t want that situation to be real, so you just brush it off and hope for the best,” Wright said.

The group believed him but still kept an eye on the pair just in case. The man took the girl into a nearby stairwell and the four friends continued skating for a few minutes with the intention to check up on the girl a few minutes later.

A few minutes passed and the boys stayed true to their intentions so they returned to the stairwell. They entered the stairwell and was stunned to see the man sexually assaulting the girl.

“He had her in a stairwell, bent over, and just, it was disgusting,” Wright said. Another boy from the group, Arnaud Nimenya, said his initial reaction was one of shock. He said “You walk in, and you see something like that, and you freeze. You don’t know what to do.”

After a moment of shock, the boys registered the incident which was happening right in front of them. Nimenya said, “He was trying to walk out and walk away from us.”

“He pushed me aggressively out of the way, kinda like just gives me the smile, like, ‘I can do this. You can’t do anything about it.” 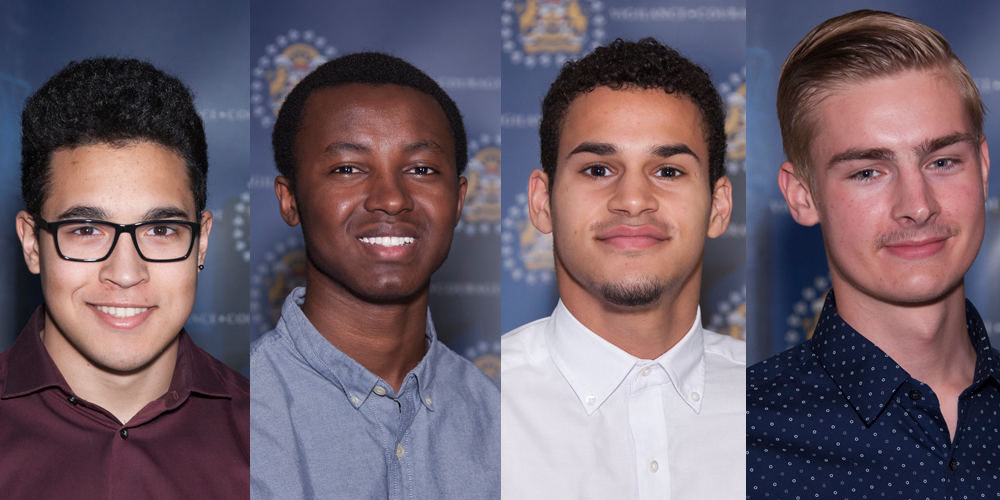 They did not let him get away and when the man started to run, three of the skateboarders chased after him. One of the boys stayed behind to help the young woman back to her feet. After a short foot chase, the man picked up a skateboard and began to swing it furiously at the three boys. The man was desperate to get away but police arrived on the seen just moments later. He was charged with sexual assault and taken in.

Police later tried to contact the four friends but they were worried they were in trouble. When they finally picked up, the boys were not expecting what came next. The police wanted to recognize them for their quick-thinking and bravery. Nimenya said, “We always thought we were going to be in trouble, because we fought with him. When they called us, we didn’t wanna answer.”

The four boys along with 25 other Calgarians received an award from Chief Const. Roger Chaffin for their exceptional bravery at the Chief’s Awards Gala. Let these brave souls serve as role models to society because the sooner we realize that we cannot just be bystanders the sooner these heinous villains will be caught and condemned.