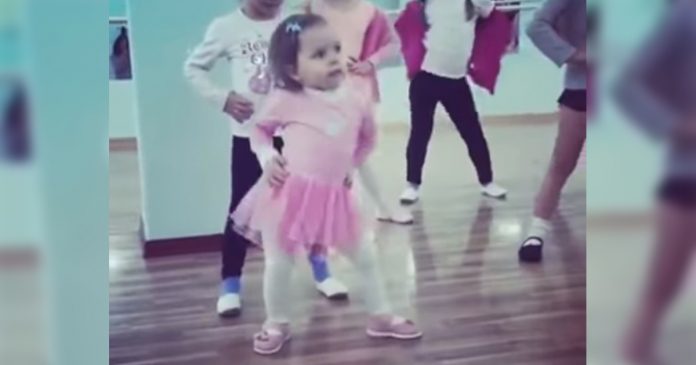 We always know that one person who does not follow the rules and simply does things to her or his liking, just like this charming little girl who captivates the internet by busting into her own moves in a ballet class instead of dancing gracefully like fellow ballerinas and it is adorable! 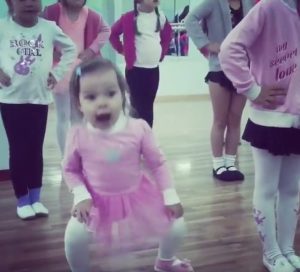 Ballet is known for its classical technique that is both physically and mentally demanding, teaching its student to learn about self-discipline, commitment, and rules. It takes years for a professional ballerina to master the sophisticated and elegant dance so they often start at a very young age.

This adorable little girl’s parents thought it was best for their daughter to learn ballet for all the values it can offer as well as keeping the toddler focused and busy.

During ballet class, the teacher puts on an untraditional track for the students to learn plié and pirouette, a hip-hop song.

When the little girl hears it, she has a better idea than just merely following the beat 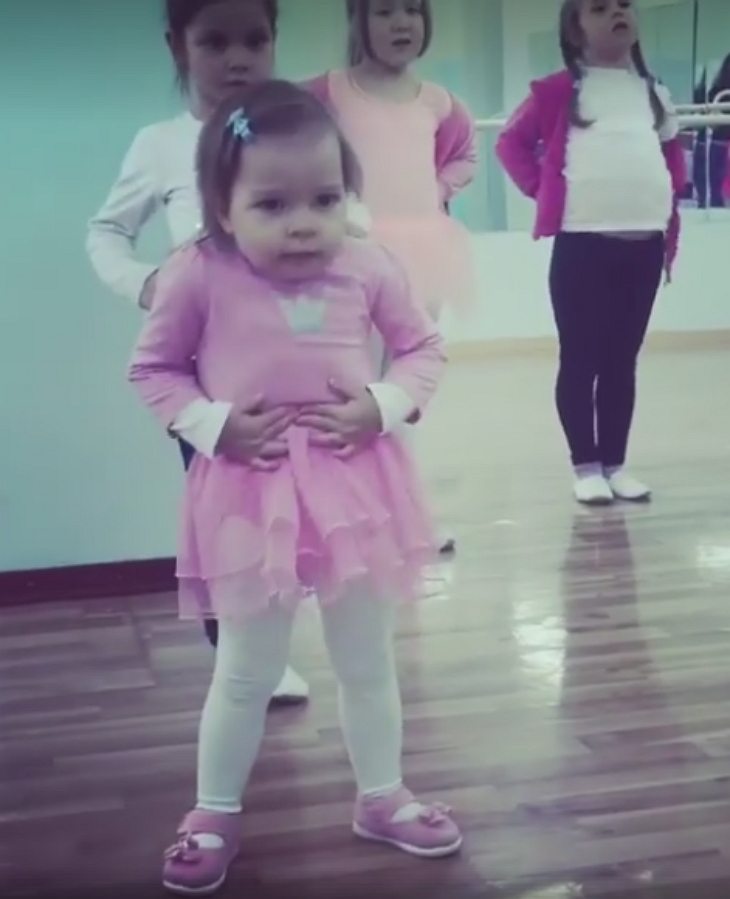 When the lesson first begins, the ballerinas are instructed to start rolling and moving their shoulders. At first, the little girl seems to have no problem to follow along just fine like her fellow ballerinas.

After just a couple of shoulder shrugs, the beat starts to kick in on the song and the little girl finds it hard to resist to move along with the beat.

Instead of learning by the rules, this carefree toddler put her hands on her knees and just dance to her own beats!

For a second, the little girl snaps back into reality and goes back to the routine. With her hands back to her cute belly, it seems that she tries very hard to focus on the ballet moves but the song is just too lively and upbeat to ignore.

For the second time, the toddler busts out her own adorable dance. This time, she bounces around and stomping her little feet.

Hilariously, she once again pulls back into reality and tries to follow her teacher’s instruction 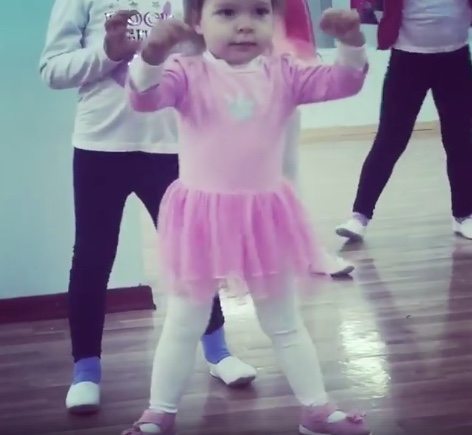 Clearly, the toddler prefers hip-hop to ballet dance by looking at how hard she tries to not get swayed by the song!

To prove how adorable her dance is, her cute dance has been viewed over 54 million times after the video was posted on Facebook. Impressive!

Man asks for Wi-Fi password at a coffee shop and the...