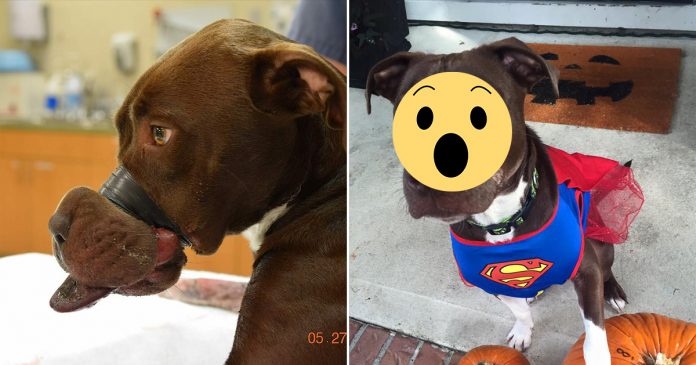 Cruelty towards animals is a heinous crime and perpetrators should be punished accordingly. With this being said, many a time animal abuse cases are not taken seriously and these criminals are seldom charged for their crimes. Animal cruelty laws vary by state in America and the maximum punishment in the state of South Carolina is only five years.

A Staffordshire bull terrier mix from North Charleston, South Carolina was found with duct-tape around her muzzle which was bound so tightly that it caused severe damage to her mouth. The dog named Caitlyn was only 15-months-old at the time when she was sold by her previous owner to William Leonard Dodson for only USD $10. 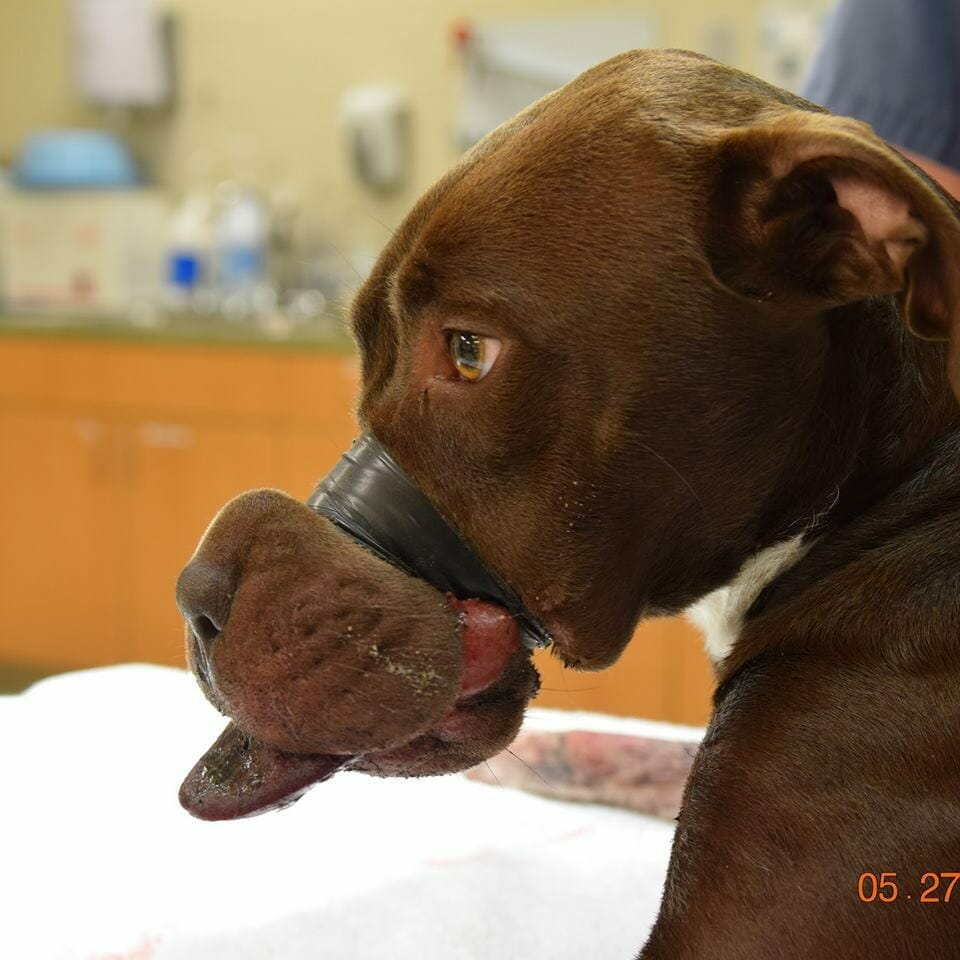 Dodson had only had the pup for a few days when she was so badly abused by him that she nearly died. She managed to escape her abuser’s grasp and found her way back to her previous owner’s porch. When she was discovered, her muzzle had been taped for approximately 36 hours and was severely swollen. The 42-year-old later claimed that he “had to do it” because “she wouldn’t shut up,” which demonstrated a clear lack of remorse and moral integrity.

It was found that the tape was bound so tightly that it cut off the blood circulation from her tongue. Caitlyn was rushed to the Charleston Animal Society where she had to endure several grueling operations to save her tongue and mouth. The director of outreach at Charleston Animal Society, Aldwin Roman, said ”This is the most serious case of animal abuse I’ve seen throughout my career.” 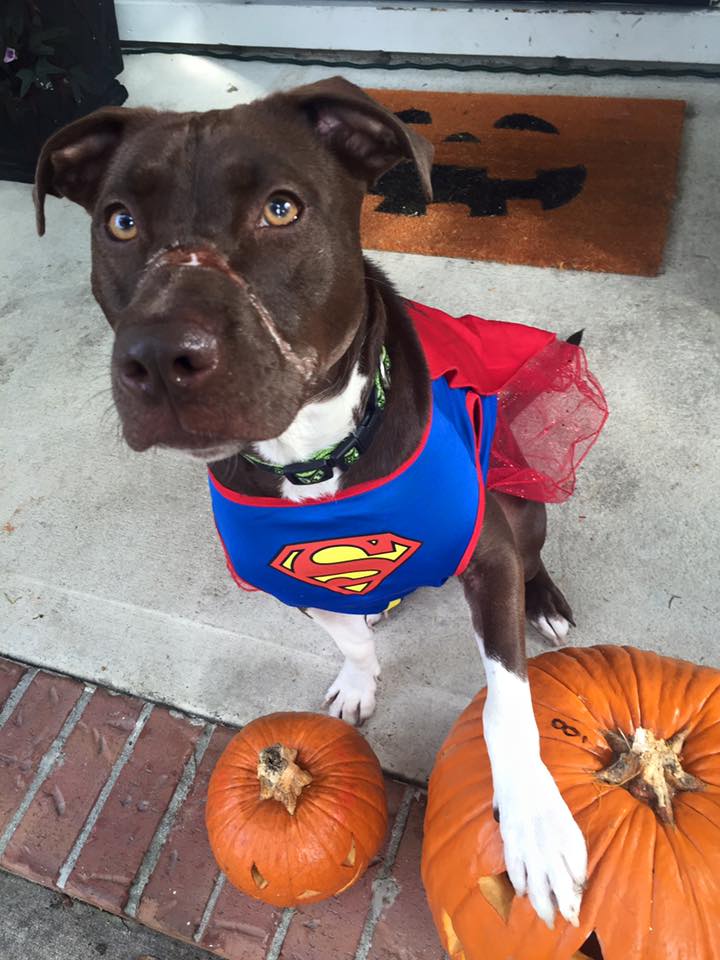 The staff at the center wasn’t sure she would survive because her injuries were extremely serious. She couldn’t eat or drink because she was in so much pain and the tape had killed a huge number of nerves which resulted in several complications. Fortunately, Caitlyn pulled through and survived the traumatizing experience.

She has now fully recovered and she’s also become somewhat of a celebrity because her story drew worldwide attention and raised awareness of animal cruelty. Caitlyn has been honored by People Magazine because of what she had endured and they aptly announced that she had the best survival story of 2015.

Although the scars from her ordeal are still visible, Caitlyn is thriving now and she is no longer in any pain. She had also been adopted by a people who love and care for her just like a member of their family. That’s not all though, a lawyer named Ted Corvey was determined to get justice for Caitlyn and fought for two long years to do just that.

He succeeded in March 2017 which was a landmark victory because Dodson was given the maximum sentence for animal abuse in South Carolina which was five years in prison. He will serve this concurrently with a 15 year sentence he received for a different offense.

Aldwin Roman said in an interview with Post and Courier “I think this sends a message that … we’re not going to let this stuff slide anymore.”

“We’re going to do everything we can within the law to stop this, and then we’re going to go beyond and change our laws and make them stronger.”

Even the judge proceeding over Dodson’s case said he would give him a stricter sentence if he could. Circuit Judge Markley Dennis told Dodson during his sentence “I’m not trying to be mean, but I wish I could give you more.”

A crocodile became best friends with a man and stayed at...