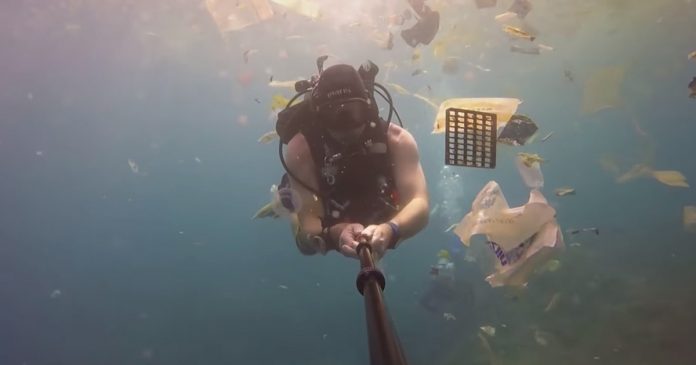 The diver, Rich Horner, shot a video of himself swimming in the sea of plastic rubbish off the coast of the Indonesian tourist resort of Bali with the tropical fish darting through the waste.

The outrageous footage was shot at a dive site called Manta Point, a cleaning station for the large rays on Nusa Penida island, 20km from the popular Indonesia holiday spot, Bali 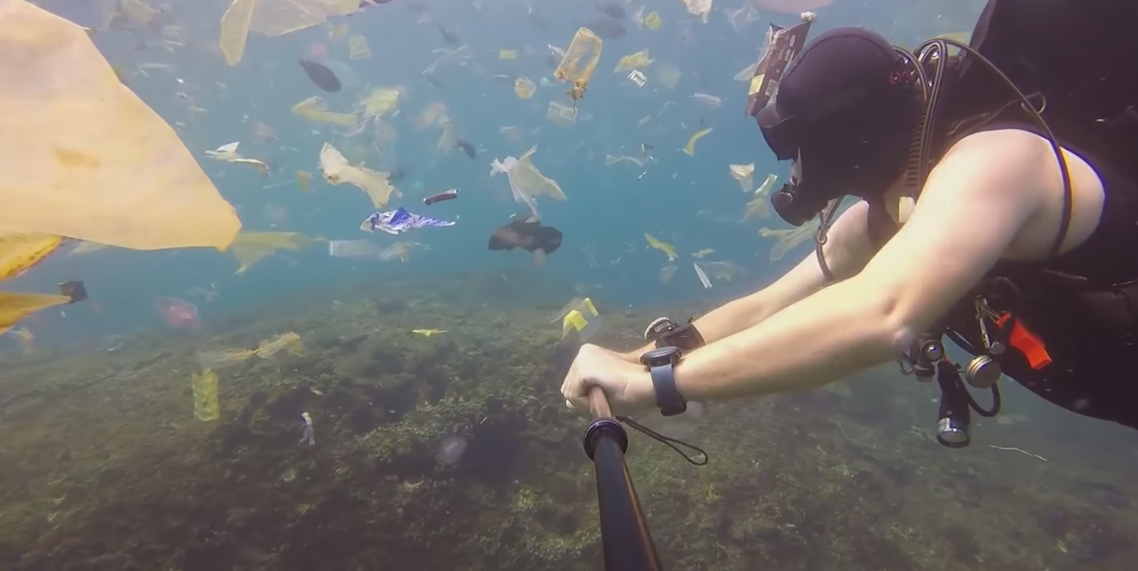 He then posted the video on his social media account and on YouTube. In his Facebook post dated March 3, Horner wrote how the ocean currents had carried a group of jellyfish and plankton and also mounds of plastic waste.

In the video, Horner is seen swimming through floating plastic rubbish for several minutes and it shows how the plastic coagulated on the surface and mixing with organic matter to form floating rubbish

Manta rays are known to regularly frequent Manta Point to clean themselves off parasites by smaller fish.

However, there is only one manta ray that can be seen swimming in the background in the video 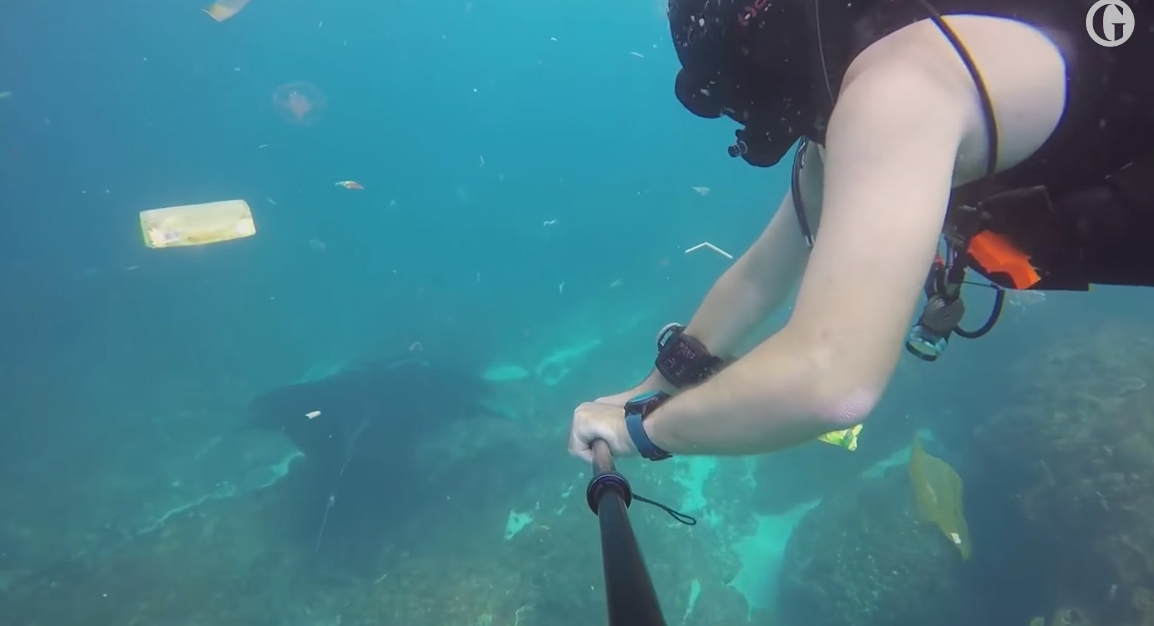 “Surprise, surprise, there weren’t many mantas there at the cleaning station today…” says Horner, “They mostly decided not to bother.”

Sights of rubbish can be seen frequently around Bali’s islands for several months now due to the annual rainy or ‘trash’ season. The rubbish also ends up on the beaches, horrifying tourists and environmentalists.

According to Bali’s Rivers, Oceans, Lakes, and Ecology (ROLE) Foundation, about 130,000 tons of plastic and solid waste is produced by Indonesia every day with only half of the amount reaches landfill sites. The rest of the waste is either illegally burned or dumped in Indonesia’s rivers and oceans.

It is not a surprise since Indonesia has a poor government planning and low levels of awareness about waste and recycling, making the country behind China as the second largest plastic polluter in the world.

Horner said that while the floating rubbish is a common sight in the waters in Bali especially during rainy season, the slick he found in the video is the worst yet 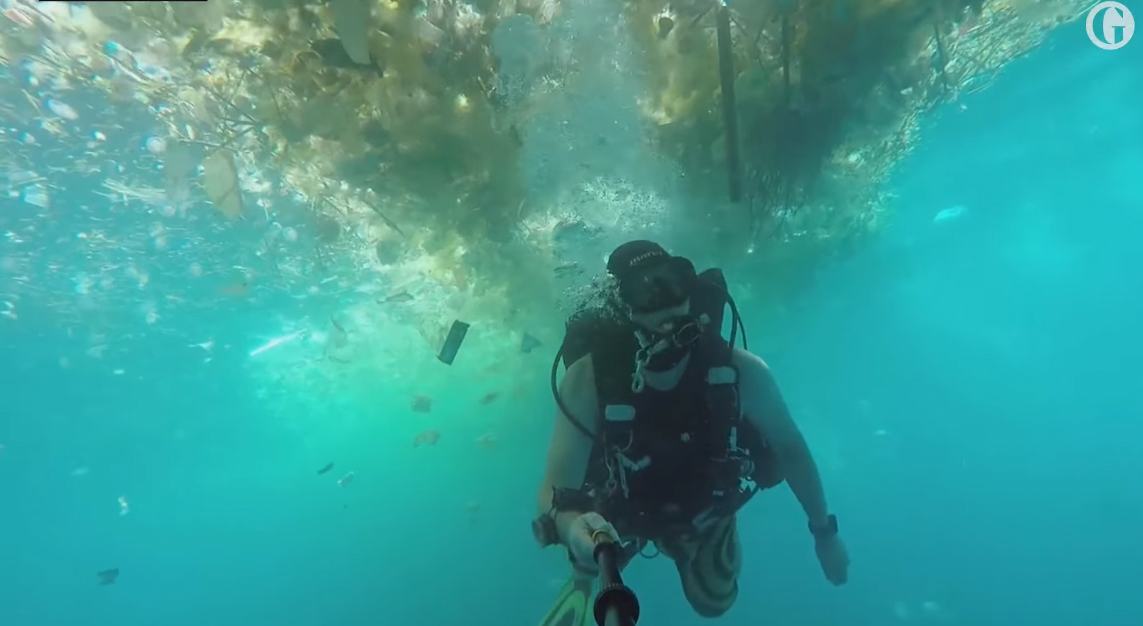 This little girl got a pink prosthetic leg and the reactions...

These 12 ladies’ amazing costume transformation in a dance performance leaves...