Watch the video to find out if the girl managed to land on top of the stool and succeed:

A young little girl knows what its like. In a viral video, the girl has touched the hearts of netizens across the world when she is seen attempting to jump onto a stool.

The girl is preparing her stance before attempting to jump

The 1 minute long video recorded the girl trying several attempts to land on top of a stool. Despite failing to stick the landing, she is quite persistent and refuse to give up.

Though there are incidents where the girl almost managed to get on top of the stool, she is unable to maintain her balance and fall off. Watching the video, you would feel sorry for her because she kept on trying but fail to achieve her goal.

It is one thing to try and stick the landing, it is another to maintain the balance

Falling down is a part of life. Getting back up is part of living 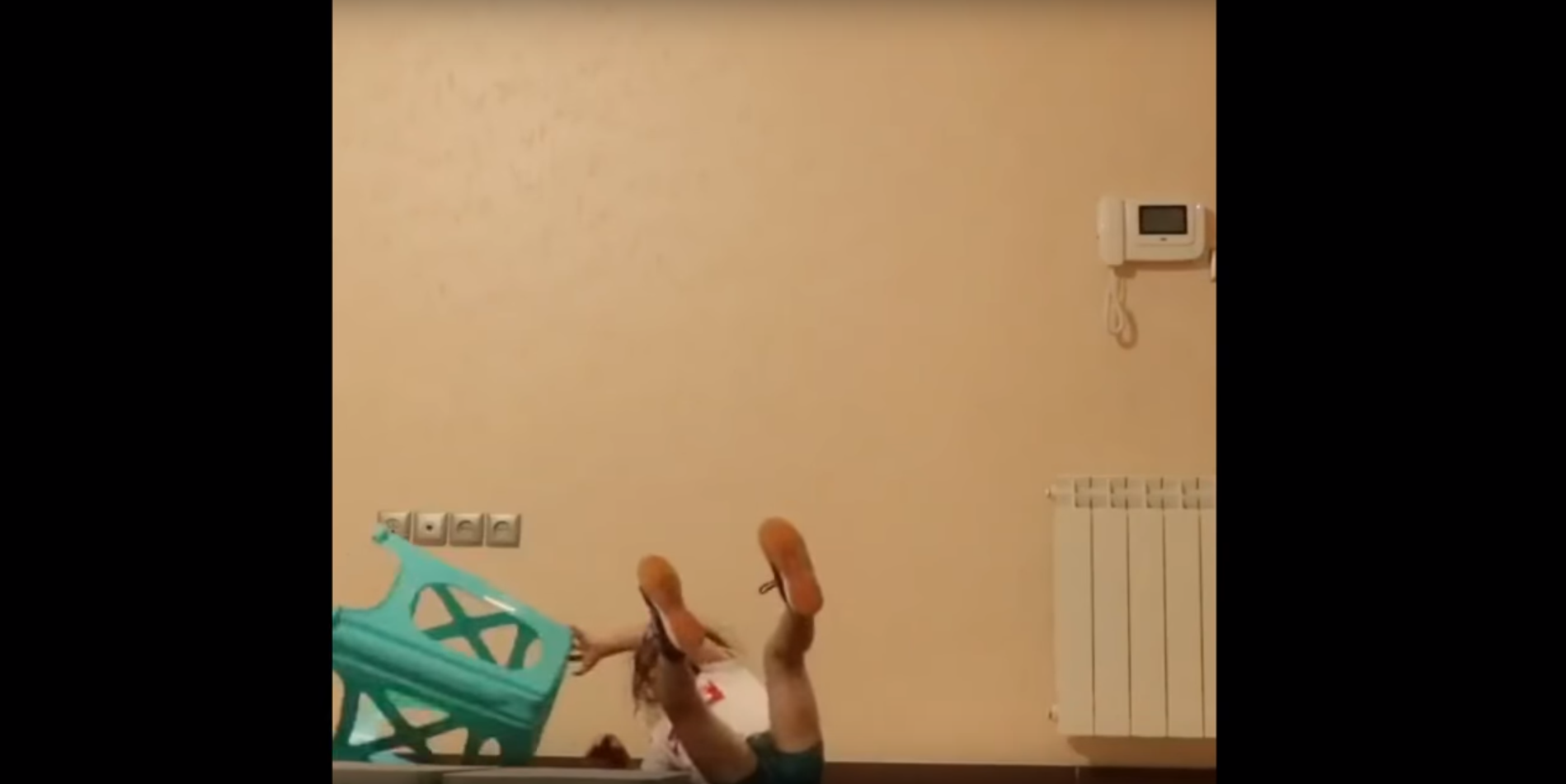 Finally, after several attempts, the girl’s father decided to give one last motivation to support her daughter.

All it takes is a little bit of encouragement and support