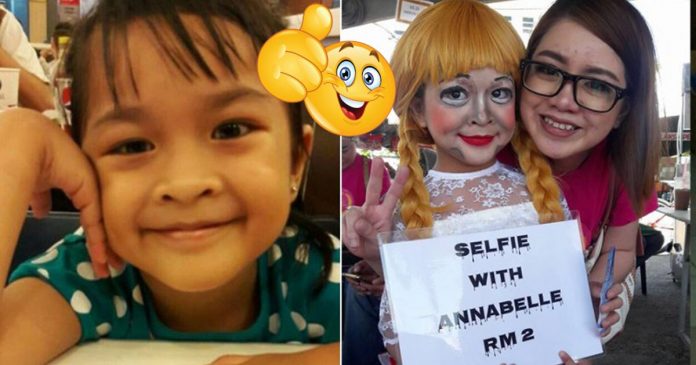 Annabelle is the world-famous haunted doll character which is made famous through an horror film, “Annabelle”. Apart from the creepy and cursed Annabelle, there are also several other haunted dolls that make children around the world have recurring nightmares including Chucky and Brahms.

While most children do not find these scary haunted dolls adorable and lovely, one little girl from Malaysia took an inspire from Annabelle and dressed up as the creepy doll for a week for one reason. 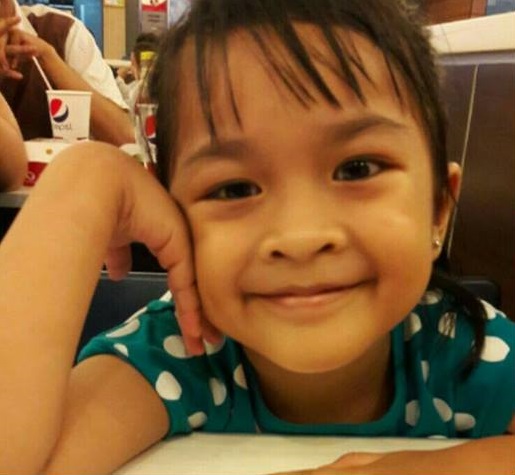 Bell’s mother, Stacy Yong wrote a post on her Facebook about the reason behind of her daughter dressing up as Annabelle. According to Stacy, Bell’s backpack was torn and ripped after just two months into her schooling 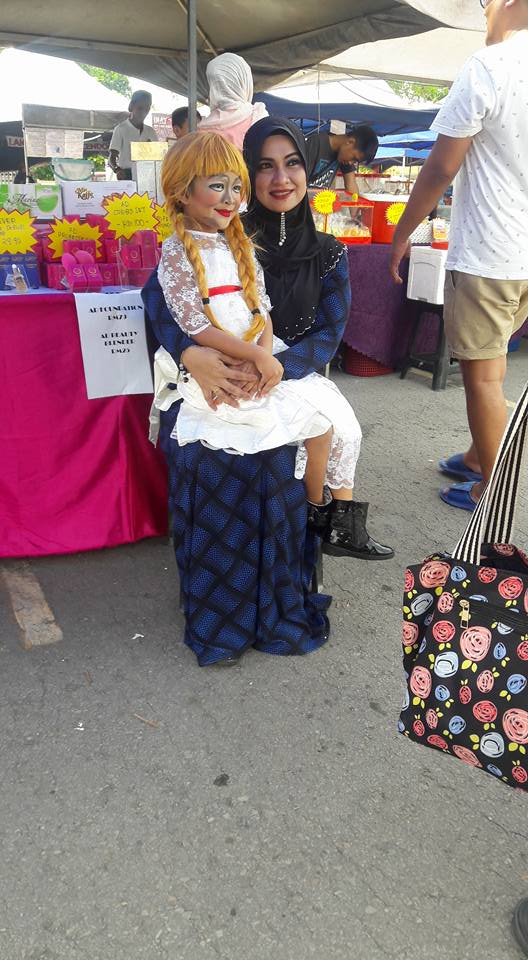 This has upset Bell as she was often made fun of by the other students because of her torn backpack. So, one day, Bell went to buy a new backpack 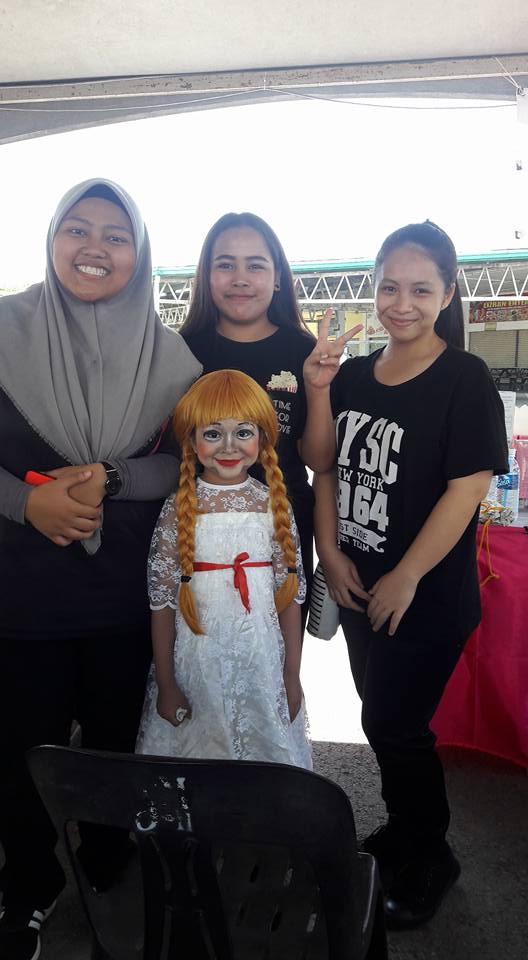 While she was browsing around, Bell saw a pink rolling backpack and she quickly fell in love with the bag. Unfortunately, the bag was too expensive! 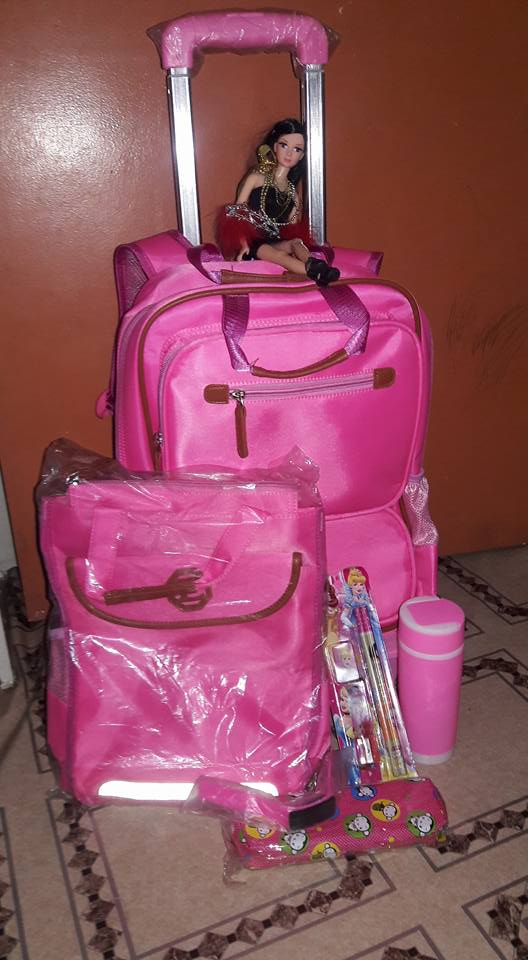 The backpack was everything that Bell wanted but it would cost her RM159.90 (USD 41.30) and she did not have enough money to buy it 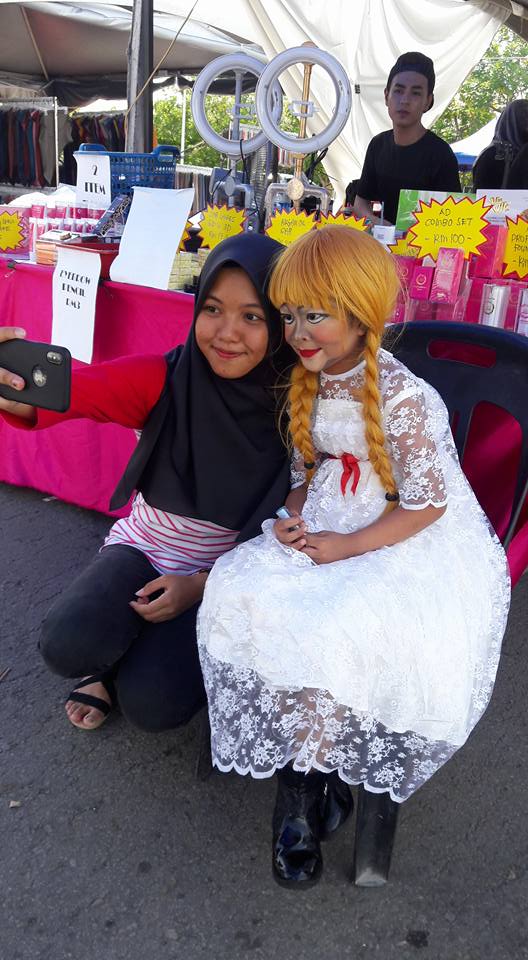 Suddenly, a brilliant idea dawned on her. Bell decided to dress up as Annabelle and charge anyone who would like to take a picture of her RM 2 (USD 0.52) per photo 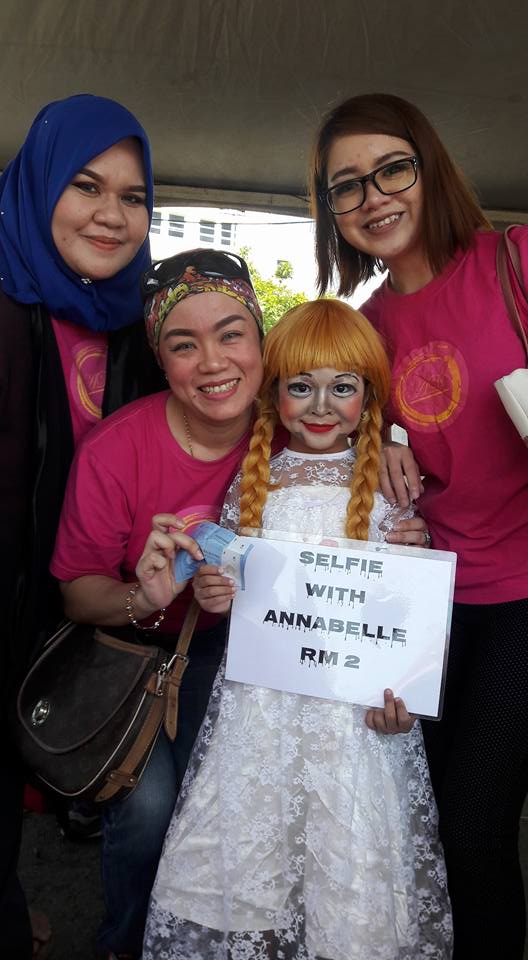 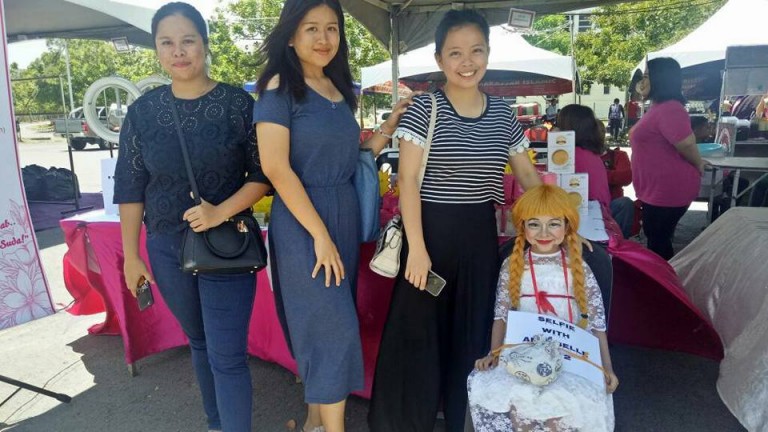 Following her daughter’s effort, Stacy shared Bell’s story on her Facebook and it has gained over 3,906 shares and 5,300 likes so far.

In her post, Stacy invited the public to come to Politeknik Kota Kinabalu to take a selfie with her daughter from 17 to 23 March.

In her first day, Bell managed to rake in more than half the price of the backpack! She was beyond excited when she calculated the money she got from the dress-up 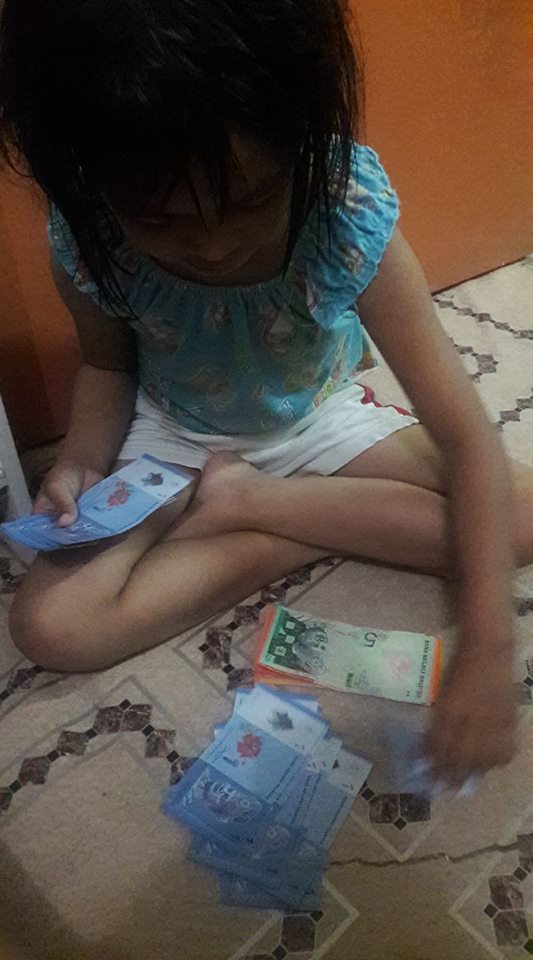 The next day, Bell collected more than enough money to buy her dream backpack. She was even offered by the shop owner a discount for the backpack 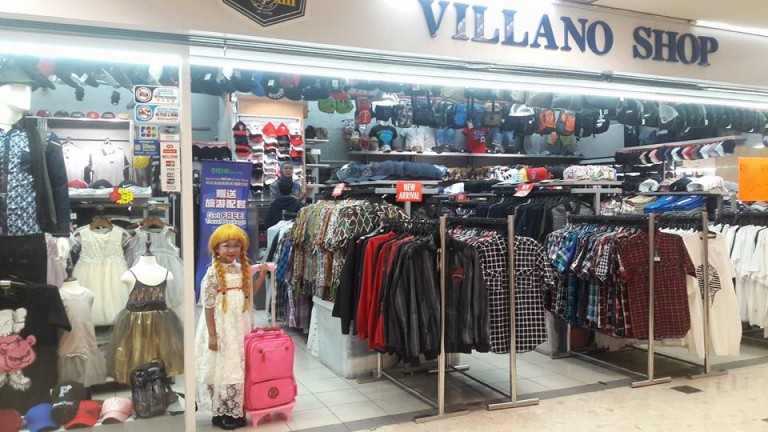 At last, Bell finally able to buy her pink backpack at RM140 (USD 36.16). Now, she has a new backpack that she can use to go to the school 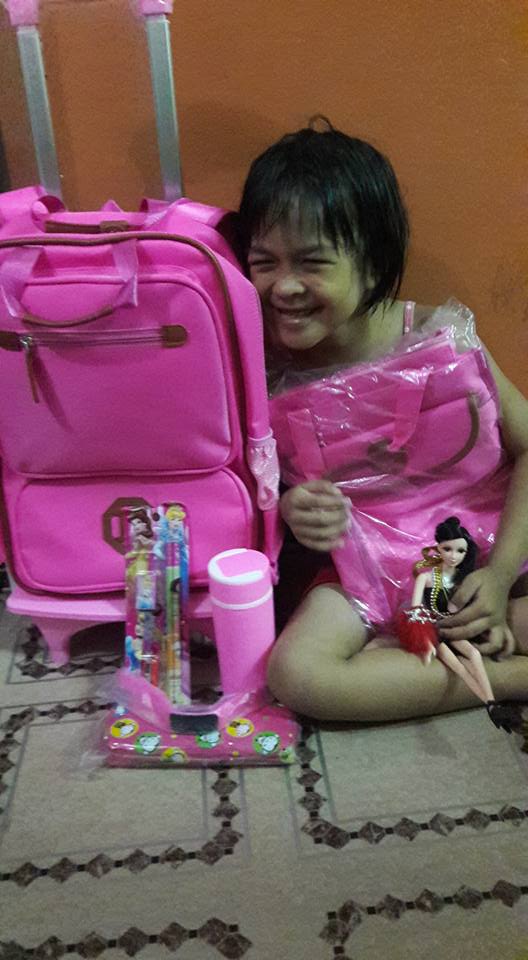 Congratulations to Bell for working so hard to get what she wanted. What an inspiration to other children!

A teacher finds a handwritten note from one of his students,...