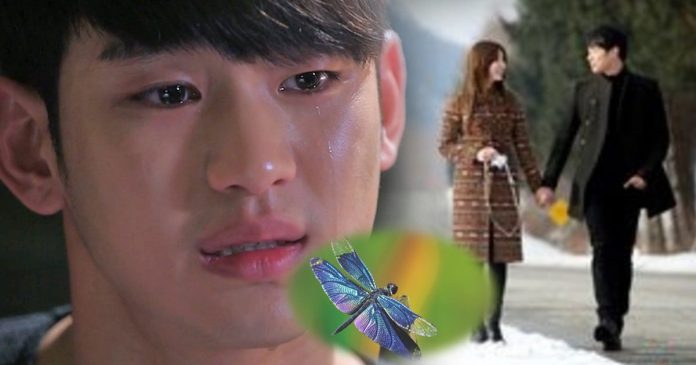 This is a story of a young man’s unconditional love towards his lover which can be served as a lesson to all couples out there. His story proves that nothing lasts forever, even when he gives his all to the love of his life.

In a peaceful and beautiful town, there was a couple who were madly in love with each other. Every day, they would take an evening stroll on the beach as they waited for the sun to set. Anyone who knew and saw this couple would definitely saw how much they loved each other. 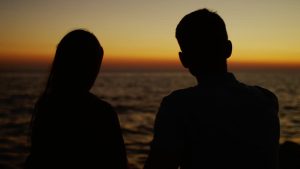 Life seemed great for this couple until one day, the girl was involved in a terrible accident and she was severely injured. Unfortunately, the girl fell into a coma soon after the accident. Day by day, the girl lay unconsciously on her bed in the hospital as her boyfriend waited by her side, waiting for her to open her eyes once again.

The young man cried, called the girl’s name and even sang her favourite song but the girl did not show any progress at all. Every day, he would sleep next to the girl’s bed and took care of her  This went on for a while until the man decided to go to the church in the town. There, he prayed to God, asking Him to grant a second chance to her to live 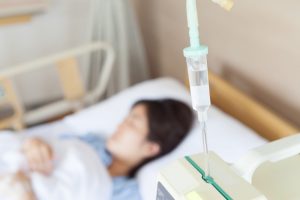 Since then, the young man would pray at the church before going to the hospital to take care of his girlfriend who was yet to show any signs that she would wake up from the long coma.

A month had passed by and the girl was still in a coma. The man began to feel exhausted but he did not give up. He continued to pray at the church and went to the hospital to visit his girlfriend. Apparently, his action moved God who had been observing him all this while. He was touched to see how loving and faithful the man was towards his comatose girlfriend even when he did not know when she would regain her consciousness.

One day, God asked him: “O young man! Are you willing to sacrifice yourself in exchange for the life of this girl?” The young man, without a long thought, continued to reply to God’s question: “Yes, I am willing!”

Then, God said: “All right! I will grant a second chance to your lover but on one condition, you must be a dragonfly for three years in exchange for her life. Are you willing to do so?”

After hearing God’s reply, the young man immediately agreed to it. To him, three years would be nothing compared to his girlfriend’s life. So, he said to God: “I agree!” 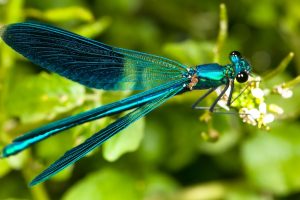 Hence, when the sun began to rise, God turned him into a dragonfly, just like what he promised to do. The young man then thanked God for granting his request and he immediately flew to the hospital to see his lover.

As soon as he arrived at the hospital, he was terribly excited to see his lover finally regained her consciousness. When he arrived, she was talking to the doctor who was in charge of her. “What are they talking about,” the man was curious to know. Sadly, he neither could approach them nor heard what they were talking about since he was just a dragonfly who just could see everything from behind the window 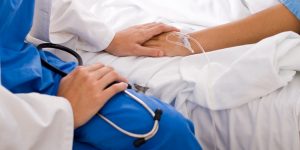 Fortunately, the girl was allowed to be discharged from the hospital after a few days later. But the girl was brokenhearted as she could not find her boyfriend. She searched for him throughout the town and asked people if they knew his whereabouts but no one knew where the man had gone to.

What the girl did not know was that her lover had always been by her side since the day she woke up from the coma. Unfortunately, she never knew since the man had turned into a dragonfly. The man was sad that he could not tell the girl that he never disappeared and left her but all he could do was to just fly around her as the girl searched for him 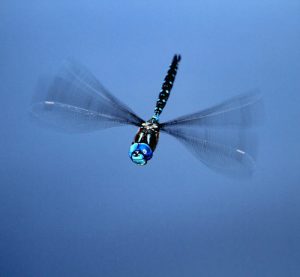 Time passed by and summer turned to autumn. The leaves started to turn golden brown and eventually fell to the ground as winter was nearing. Soon, autumn turned to winter and the young man had to fly far away to a warmer place. Before he left, he flew near to the girl. He wanted to use his wings to touch her cheeks and kiss her goodbye but he was just a small dragonfly that the girl did not even notice him.

So, the man left, determined to come back when the season was much warmer. Soon, winter turned to spring and spring turned to summer. The young man returned to the town and quickly searched for his lover. However, to his surprise, he saw a man sitting next to his lover.

The unknown man seemed familiar to him. After a moment, the young man realised that the man who was sitting next to his lover was the doctor who treated her! What broke his heart even more was the sight of a happy face of his lover who seemed to have fallen in love with the doctor 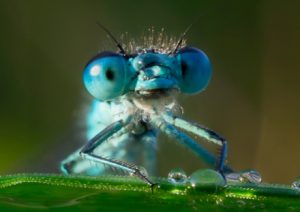 A few days later, he saw the girl walked with the doctor on the beach while waiting for sunset, a routine that he used to do with the girl when he was still a human. Upon seeing the doctor and the girl, the young man was terribly sad. He no longer had the courage to fly around the girl 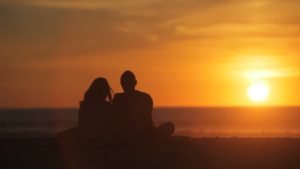 For the next three years, the young man continued to fly around the girl in the summer, flew to a warmer place when the weather got colder and returned back when the season had changed. Throughout the time, the young man could only watch the girl from afar.

Time passed by and it was finally the third last day for the young man as a dragonfly. Unfortunately, it was too late as the girl and the doctor were going to get married the next day at the church where he used to pray to God for his lover’s life.

The next day, the young man flew to the church to see the wedding. It hurt him to the core as the girl and the doctor exchanged their vows and rings. He once dreamed to be in the doctor’s place and the one who slipped the wedding ring into the girl’s finger but on that day, he could only witness the union as a dragonfly 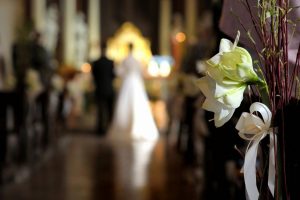 God then saw the young man’s sad face and asked him: “Did you feel regret for your decision, young man?” to which he replied: “No.”

God then said: “Tomorow is your last day as a dragonfly and I will turn you into a human.” However, God’s words felt like a cold breeze to his ear. It was definitely useless if he were to turn into a human now that the girl was married to the doctor.

The young man then said to God: “Please let me be a dragonfly so that I could continue to be by her side forever.” 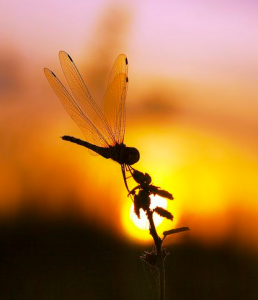 The young man’s story tells us that while we can love a person with all of our heart, there is no guarantee that they will return the love and stay with us when times get hard. So, it is important for one to love himself or herself first before anyone else. Love can turn to hate and people can change anytime in a just a blink of an eye.