Monkeys and dogs are intelligent animals with a high IQ. Both of them are very capable at handling various obstacles that come on their way.

Normally, we wouldn’t see dogs and monkeys working alongside each other. However, a viral video has shown otherwise. Pakun the monkey and James the bulldog are two unlikely friends that went famous across the internet. They were attempting to cross a river and Pakun is leading the way. 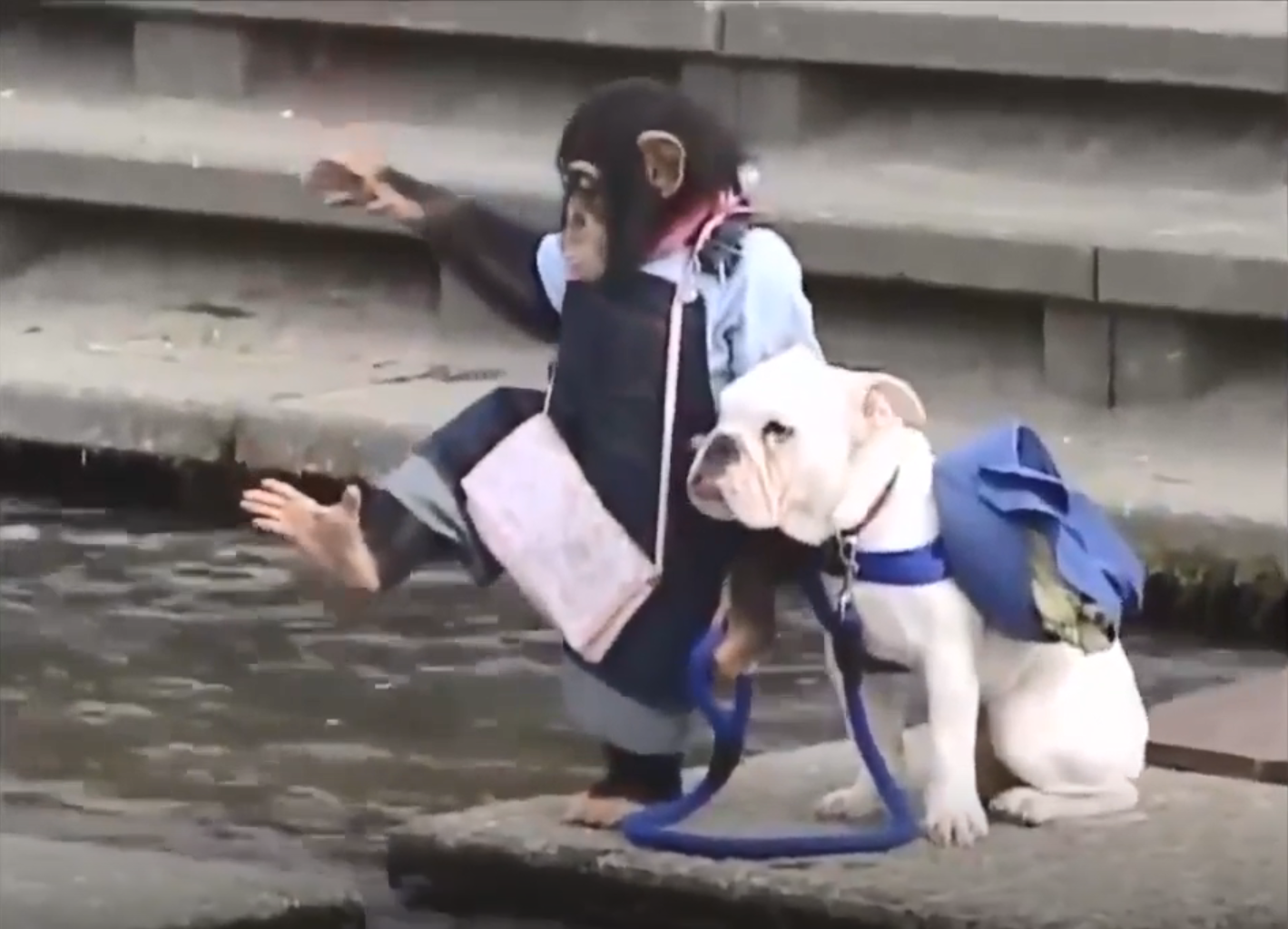 Watch the video below to see what happened:

Netizens were overjoyed at watching how Pakun is leading his friend one step at a time. One by one, they managed to land on the stone steps which seemed rather easy. They also looked very adorable with Pakun wearing his clothes and James just following him. 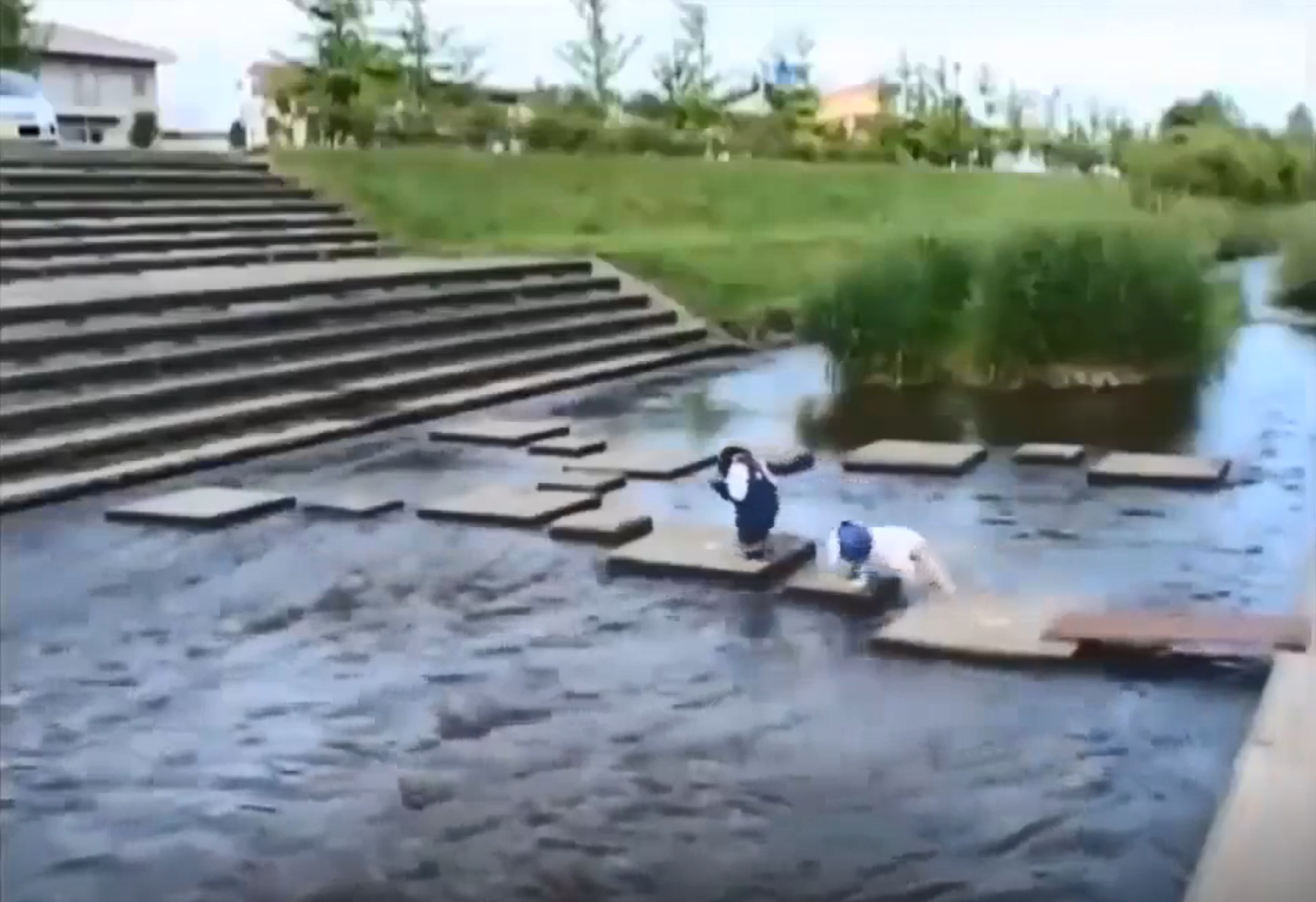 However, at the final step, both of them stopped. The gap between the last step and the stairs on the other side is much wider compared to the others. Both of them have to figure out how to get across.

Would they dare jump across or would they find another way? 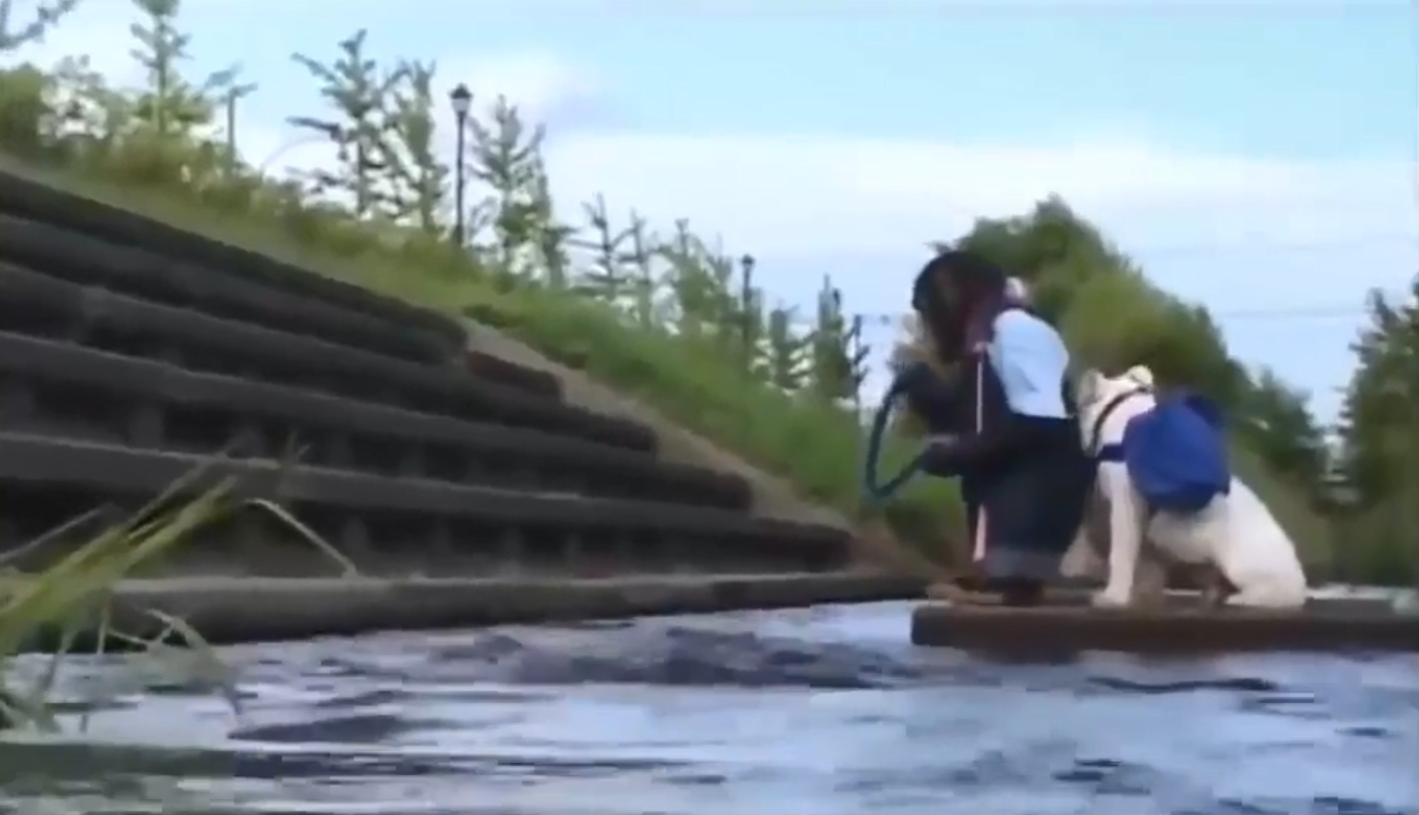