Flying fish are a unique type of fish that can be found in most oceans. They tend to wander around tropical and warm subtropical waters. What is interesting about them is that they can leap high above the surface of the ocean.

The term ‘flying’ fish refers to their ability to jump above the surface of the water and glide across at a particular distance. The fish’s average length is about 45 cm and they possess winglike, rigid fins and an unevenly forked tail.

Watch the video below to see the breath taking view of the fish: 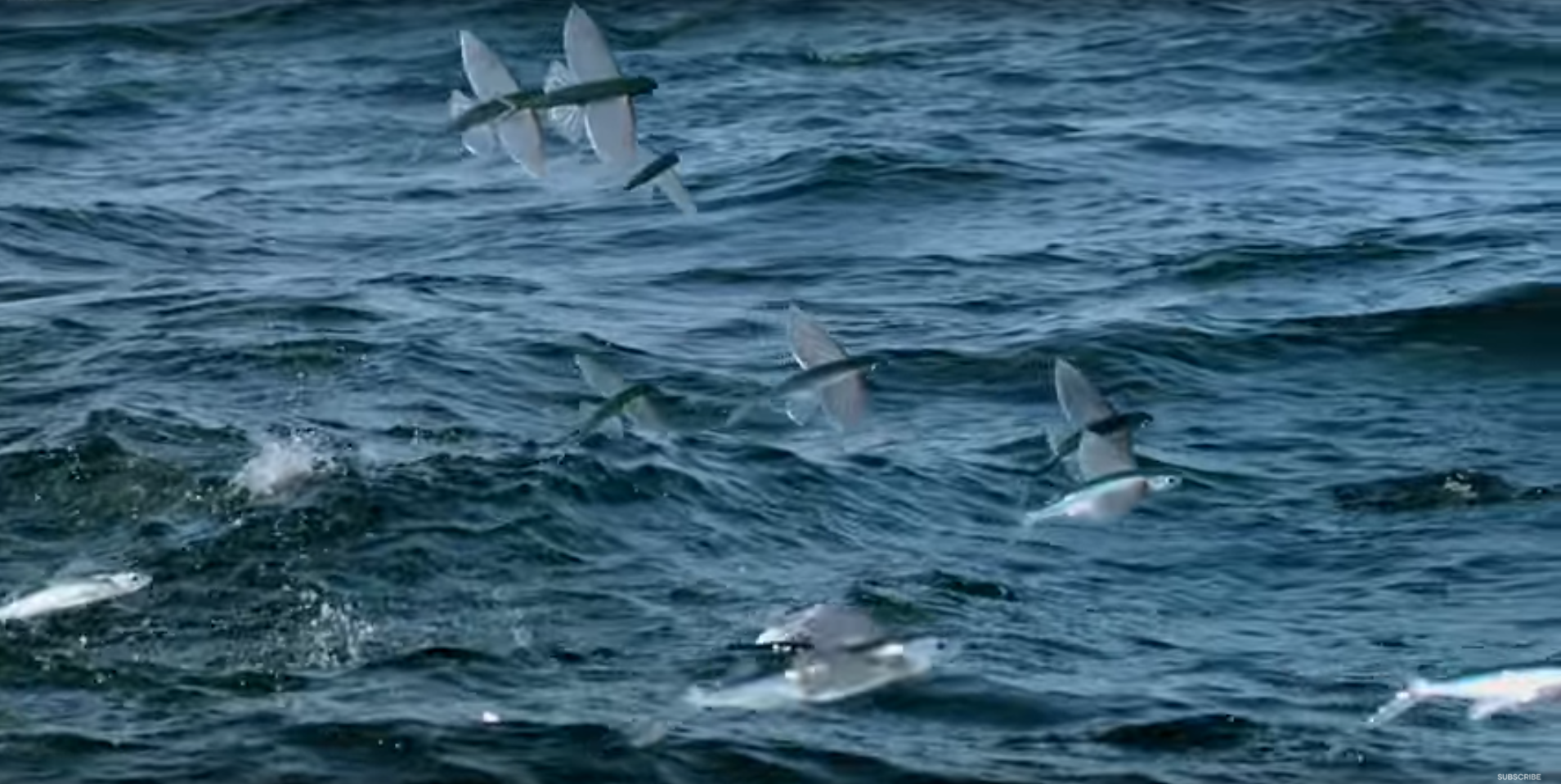 Before taking flight, the fish builds up speed underwater, swimming toward the surface with its fins folded tightly against its streamlined body. Upon breaking the surface, the fish spreads its enlarged fins to gain additional thrust. The tail is then lifted clear of the water and the fish is airborne. Normally, they can glide a few feet above the surface at a speed of about 16 km/h.

Their large, wing-like pectoral fins enabled them to get airborne

The ability of the fish to glide above the surface of the water enable them to escape predators in the ocean. However, airborne creatures like the Frigate bird would standby and devour them once they manged to left the ocean. It seems the fish are cornered on all sides.

Other than predators, they are also threatened by fishermen who would use light to lure them into their net. There is currently no protection status on them.