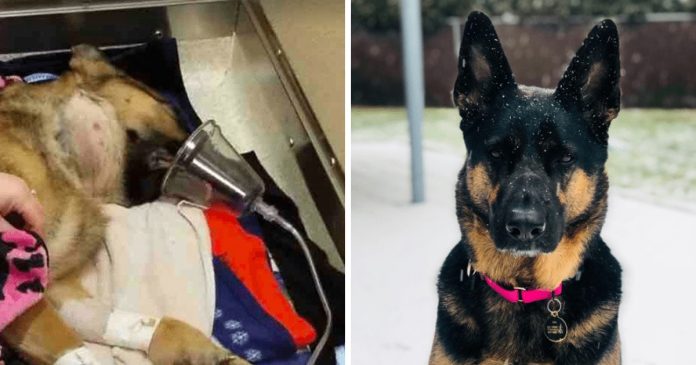 Dog is famously known as a man’s best friend but this German shepherd takes the whole meaning to the next level when he stepped up and risked his life to protect his owner from the gunshots fired by armed burglars.

Rex is a two-year-old German shepherd who lives with his 16-year-old owner Javier Mercado in Des Moines, Iowa. The dog was alone with Javier when armed robbers shattered the house’s glass sliding door and broke in on February 21. 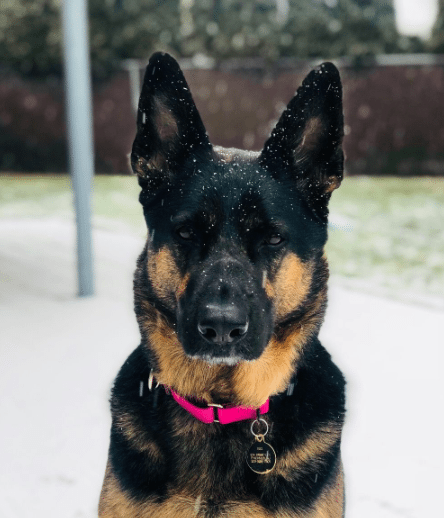 Javier who was frightened by the robbery quickly hid himself from the armed robbers’ sight in the bedroom closet as he held on to Rex who was barking madly at the intruders.

Javier tried to keep Rex from barking but the dog’s first instinct took him downstairs and he made an attempt to attack the burglars. The snarling German shepherd, however, was not enough to scare the robbers off. Unfortunately, the robbers beat him up with whatever objects their hand could reach. Meanwhile, the frightened Javier called 911.

According to Javier’s aunt, Susy Cadena, “Rex stormed back to the upstairs floor all beat up and bloody from the beating to check on his master who was still hiding in the closet.” 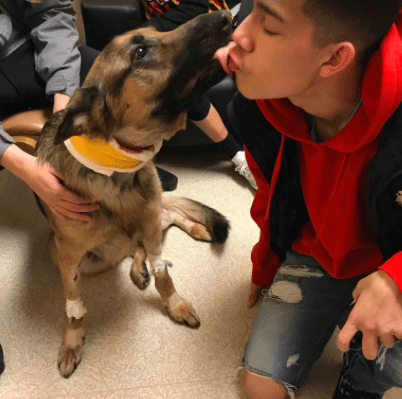 The robbers then followed Rex’s steps and came into the room where Javier and Rex were hiding. Rex who lost his first fight was not going to let the robbers attack his owner so he went into full attack mode.

“Soon, the burglars proceeded to the upstairs floor and trashed all the bedrooms. As they entered the room where my nephew was hiding in the closet, Rex came out with the little strength he had left in him and threw himself at them as he knew my nephew was in danger.” 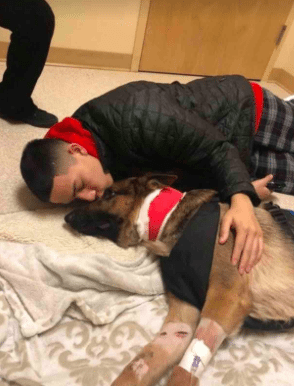 Rex was shot with four bullets before the robbers fled by the sound of a siren. Thankfully, Javier was not injured but Rex was bleeding heavily.

He was then quickly rushed to BluePearl Veterinary Partners he was given immediate medical attention. However, it turned out that Rex needed a surgery if he wanted to stay alive 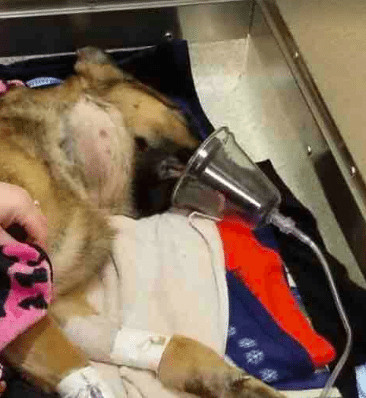 Susy then quickly set up a GoFundMe page to raise donations so Rex could get an operation. “Rex’s life depends on a surgery he will need to survive … [Our] family can not let Rex the hero dog go without us fighting as hard as he did, to his very last bit of a strength while protecting my nephew.”

Luckily, the family managed to raise more than $58,000 which was almost six times of their original goal which was $10,000.  “We have exceeded the goal and we just wanted to assure you that all the money will go toward Rex’s medical expenses and his recovery,” Susy assured their contributors.

“Anything left will be donated to institutions and organizations whose mission is to protect our loved pets.”

The family was extremely grateful and thankful for Rex’s sacrifice especially Javier. “I feel like if it wasn’t for him, I wouldn’t be here today telling you this story.”

Rex is indeed a hero. We wish him a speedy recovery.