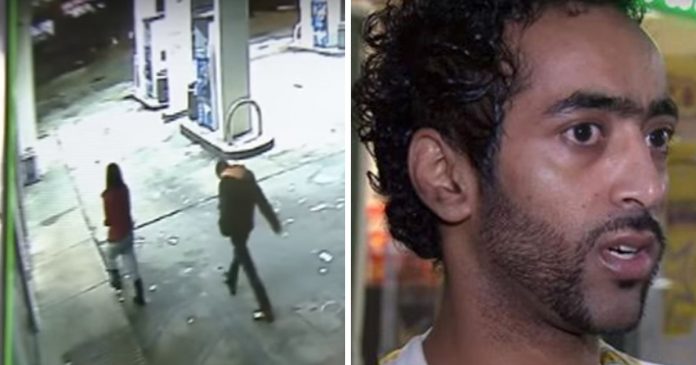 There are many times when we seem to be certain to know what needs to be done or said when we see a shocking incident. However, the truth is most of us might be speechless and freeze when encountering an unexpected situation. Thankfully, this brave gas station employee was brave enough to step in when he sensed that there was something wrong happening before him.

Manveer Komer, 25, is an employee at a gas station in Philadelphia who often works night shift. He had seen many strange things but when a woman walked into the store one night, he immediately knew that something was not right about her. 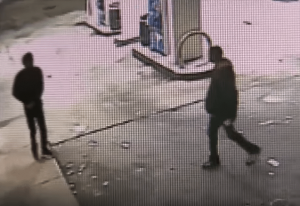 When the man attempted to leave the store with the woman, Komer then told the frightened woman: You come [stand] behind my back. I’ll help you. No problem.”

Komer walked right up to the man and pretended like he had a gun in his back pocket. He then asked the man to give the woman her car keys and cards back but the man refused.

For a moment, Komer thought that the man might attack him but instead, he fled with the woman’s car. Fortunately, the woman’s mobile phone was left in the car, enabling the police to track down the man. Luckily, the police managed to arrest the man just after Komer called them

It turns out that the man was actually a kidnapper. The woman who is a doctor was carjacked by the man earlier that day and he took her around to various ATMs and stores to force her to withdraw as much money as possible

The woman was terrified that she did not even plan to tell anyone about the kidnapper. It was most likely that he had threatened her beforehand.

Thanks to Komer’s quick action and thinking, the woman is now safe. The CCTV at the gas station captured much of the interaction between Komer and the kidnapper on tape and show how brave Komer was.

It was not clear what would happen to the woman if Komer did not come to her rescue when he already sensed that something was not right. Hence, if you are happened to see a suspicious sight, do not hesitate to alert the police about it

Romantic husband saves up coins for two years to buy a...