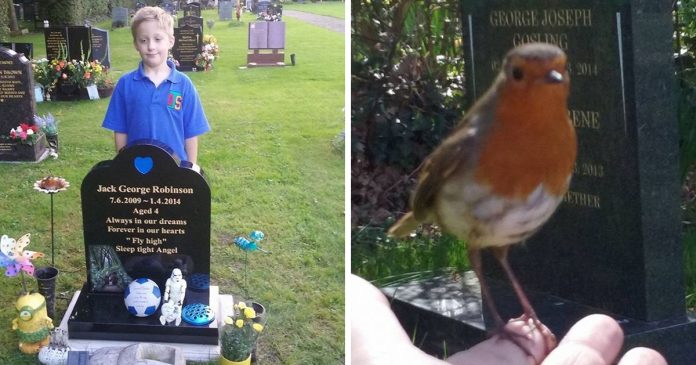 Losing the people you love is inevitable because the human life is just a breath compared to the grand scheme of things. Regardless of whether we believe in an afterlife or not, we cannot help but to wonder how the people we have loved and lost are doing and if they are alright.

A mother broke down in tears when she visited her son’s grave on the anniversary of his death. She had asked him for a ‘sign’ from the beyond because she needed to know that everything was going to be alright. Extraordinarily, later that day she got what she had asked for. 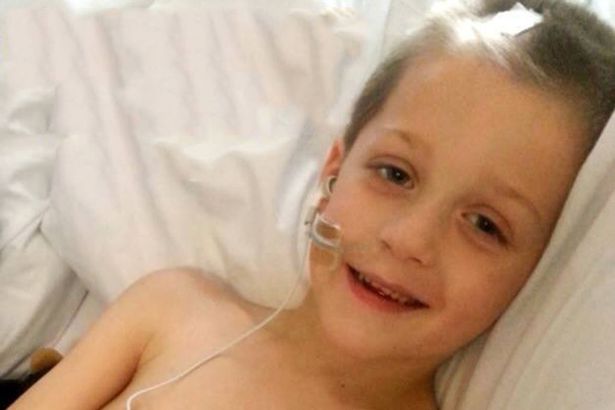 45-year-old Marie Robinson from Waterlooville, England, lost her son Jack in April of 2014. Her son was diagnosed with brain tumor in January of that same year and this news was devastating to his mother and his identical twin Liam as well as his three older sisters.

He died at the age of four and that left a hole in the family. Marie always found the weeks leading up to her son’s death anniversary especially challenging and it was no different in 2017 which marked the third year of jack’s passing. She visited his grave as she normally would but this time she asked for a ‘sign’.

His mother, Marie Robinson, asked him for a ‘sign’ on his third death anniversary 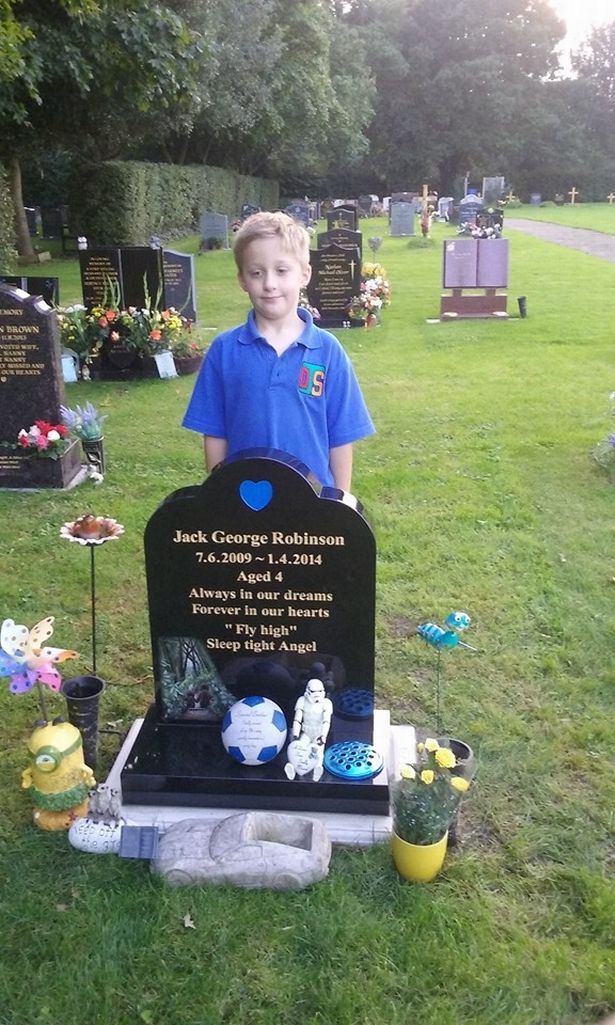 She told Mirror Online “Early Saturday morning I got in the car and said out loud, ‘Jack, please show Mummy a sign’ and thought I’ll see him after I finished work. At 1pm I left work and walked up to his resting place. I was overcome with emotion and I sat on the grass next to Jack.”

She continued saying “With that a little robin kept flying around me trying to land on me, eventually landing on my foot – he didn’t seem scared at all. He went and sat on a nearby headstone so I got my phone out to film him being close to me and he flew over and landed on my hand. He kept looking at me directly in my face and at one point he landed on my shoulder and nibbled me a couple of times.”

Incredibly, a robin showed up at Jack’s grave and wouldn’t leave Marie alone 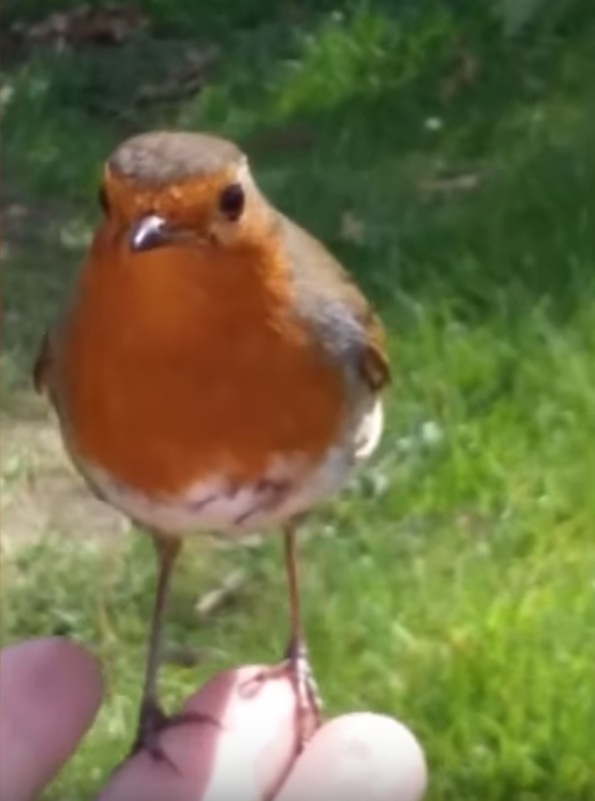 She posted a video she took of the incident on Facebook with the caption “Can’t believe what’s just happened, came to see my precious boy Jack – just sat down on ground next to him and this happened. Yes, it brought me to tears. Taking it as a sign from Jack.” 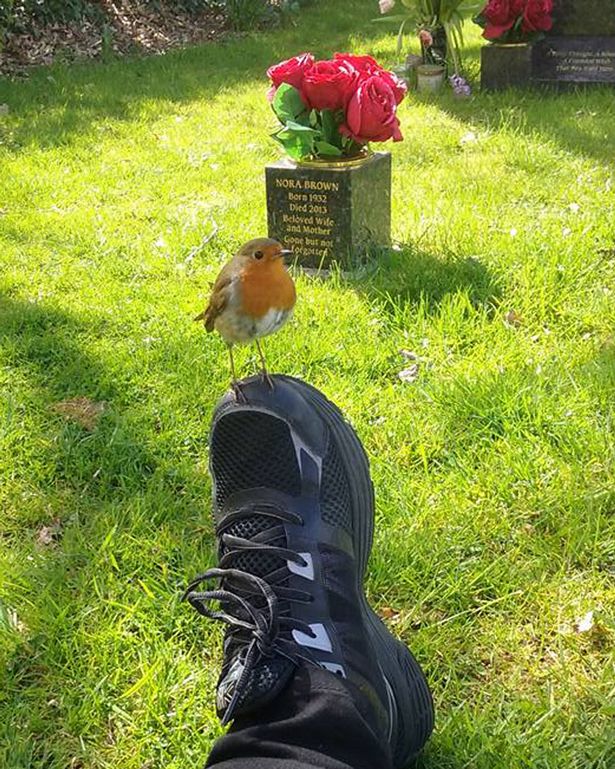 In the spiritual community, Robins are taken as a symbol which signifies that a person’s loved ones are still there. It is also coincidental that the family’s last name is Robinson, whether it has anything to do with the appearance of this particular bird cannot be known for sure.

Jack had received a surprise visit from his favorite singer, Gary Barlow, before he passed away 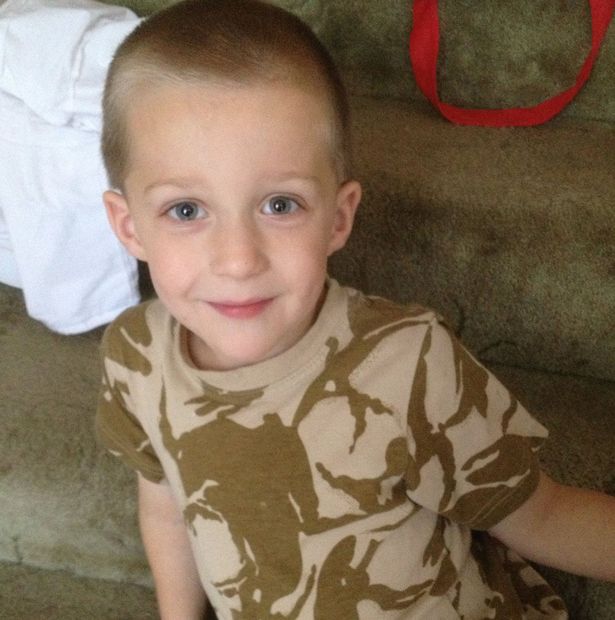 A website named The Spiritual Centre says that “This bird is a visitor and as such should be appreciated as a welcome visitor bringing gifts, it is for you to interpret the gifts it brings. Someone recently passed may be showing you that you are being watched, maybe just letting you know that they still love you.”

Jack had made headlines before when he was diagnosed in 2014 when he got a visit from Gary Barlow who is his favorite singer. He also received a video from the one and only Matt Smith, an actor who played the Doctor in Doctor Who.

When he passed away on 1 April 2018, the family decided to give him an incredible Star Wars-themed funeral. Jack’s body arrived in a Star Wars-inspired coffin on a white carriage drawn by horses surrounded by Storm troopers. The carriage was covered in flowers, floral tributes and wreaths in the shape of a light saber, Yoda and R2-D2. 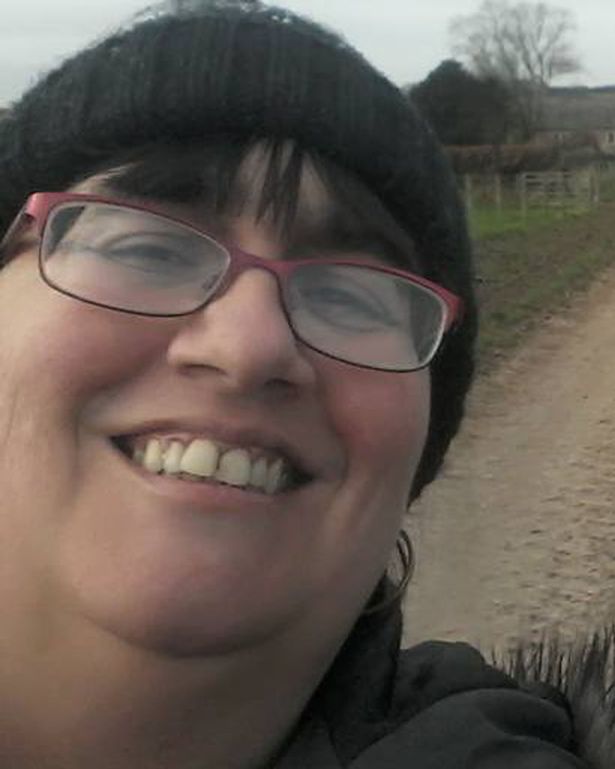 Marie said “I had 10 weeks to think about the funeral and I wanted to do something different and special for him. I wanted Jack’s funeral to have a twist, because he was so unique. Jack always had that cheeky grin on his face.”

“Even when we were in hospital and I was sleeping next to him, he would poke me in the back with a light saber, then very quickly hit it and grin at me. In just four-and-a-half years, Jack achieved what many people spend a lifetime doing. He was only a little boy but he brought people together, from all over the world.”

Jack is missed dearly by his mother, his identical twin brother and three older sisters 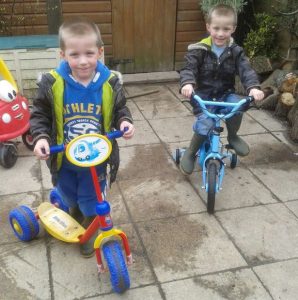 The video Marie posted in Facebook touched the hearts of countless netizens. The video was shared thousands of times and has gotten over 7 million views.

Her navy son was deployed for 2 years. But one day...