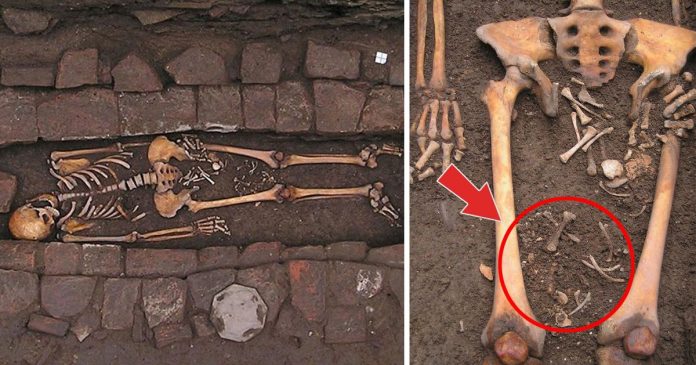 The early medieval grave was revealed to contain well-preserved skeletons of a woman with bones of a foetus between her legs. 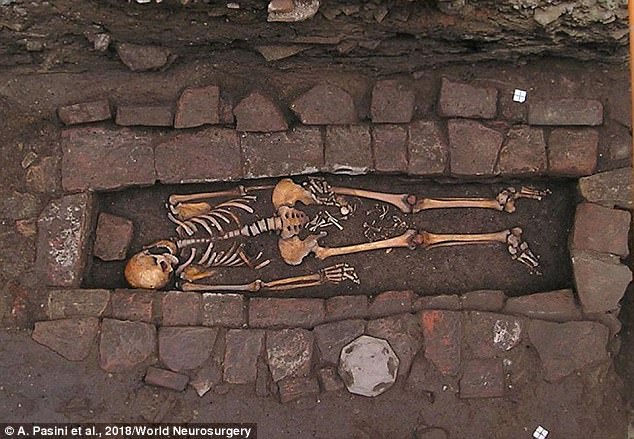 It still remains a mystery how the woman died hundreds of years ago, probably around the age of 25-35 but markings on her skull with a hole drilled neatly into her skull show that she underwent medieval brain surgery at least a week before her death 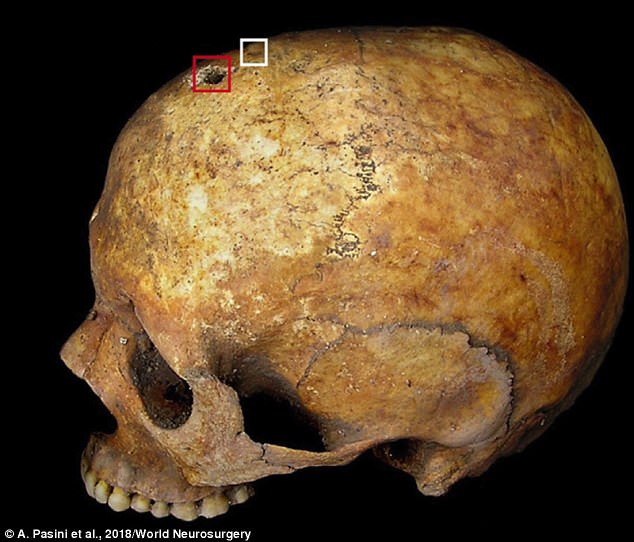 The procedure revealed in the medieval grave is known as trepanation. It was used to treat all types of illnesses by drilling and cutting into the skull, including a pregnancy disorder that is still common today.

“Eclampsia is the outcome of seizures of pre-eclampsia, which can affect women after the twentieth week of pregnancy, and hypertensive diseases are still the first cause of maternal death,” the authors wrote in the study.

“Some of the most common manifestations of this disease are high fever, convulsions, consistent frontal and occipital cephalalgia, high intracranial pressure, and cerebral hemorrhage.”

“All these symptoms, from Prehistory to the 20th century, used to be treated with trepanation.”

The medieval grave was unearthed in Imola, Italy in 2010 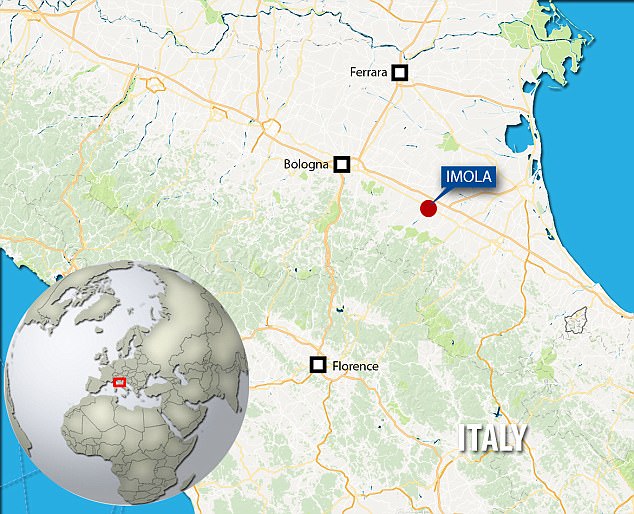 The researchers said that the woman’s skull shows signs of early bone healing, indicating that the woman may have survived at least a week after the surgery. They claim that she was already 38 weeks into her pregnancy at that time.

However, the woman may have died soon after the procedure. “There are still several unknown points about the woman’s cause of death,” the authors explain, noting that she could have died from the pregnancy disorder, labor-related complications, or the surgery itself 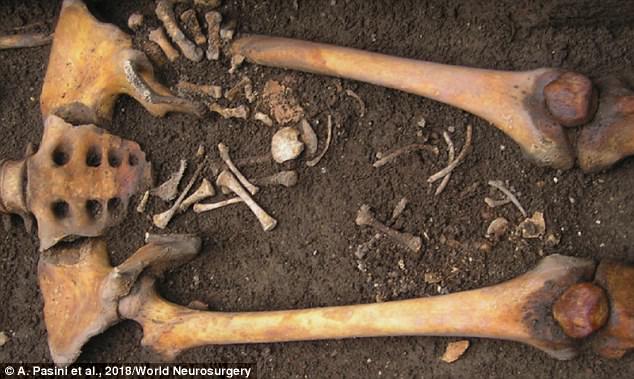 As the body decomposes, the gases produced started to pressure all internal organs. This can sometimes force the foetus out through the vaginal canal.

This is the second case recorded where the earliest case was recorded in 1551 when a pregnant woman was tried and hanged in Spain. Four hours after her death, two dead babies fell out of her body while she was still hung by the neck.

A man feeds a white stray dog that keeps following him...