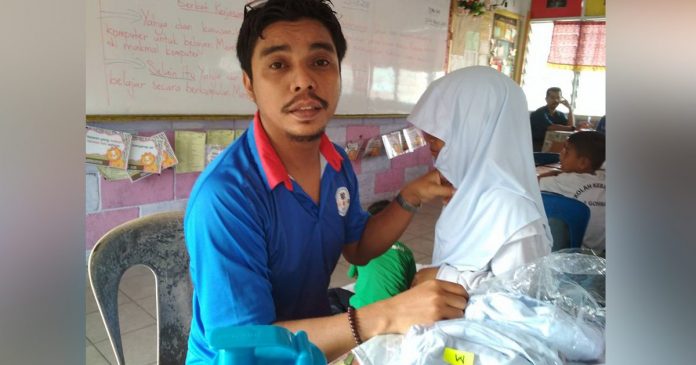 Teachers are one of the most important individuals in society as they are in charge with educating the future generation. They teach the children of the nation during their formative years which means that in all likelihood, the morals and values that these children learn from their teachers will play a large role in shaping them in the future.

Teachers go through years of training in order to ensure that they can not only teach their pupils the subjects that are intended but also to teach them various soft skills and life lessons.

There is no better time to mold and shape a person than when they are in their developmental stage. So when a child makes a mistake, the goal is make sure they learn from it and not punish them for punishment’s sake.

The way this primary school teacher named Mohd Fadli Salleh handled a situation in which he caught one of his student’s stealing, is being commended by the public. 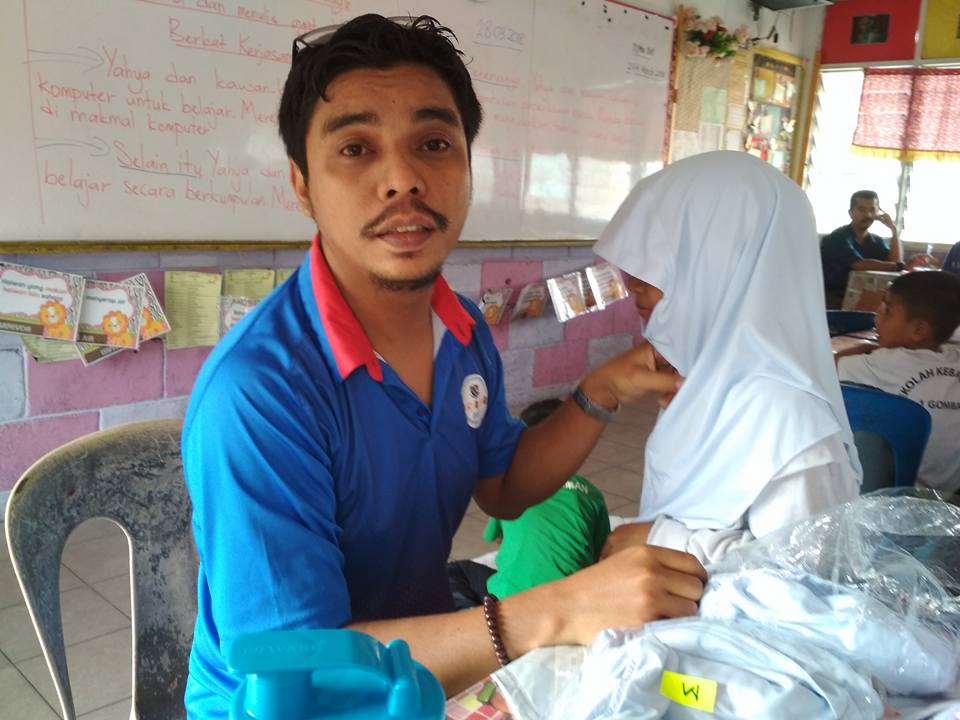 Here’s how the story goes; Two school prefects brought a Year Two pupil to Salleh because she was caught stealing. She had stolen a box of color pencils from the school’s book store.

Salleh spoke to the girl and asked her, “Is it true that you’ve stolen? What did you steal?”

He questioned her in a soft tone of voice but the student refused to answer. She remained silent and continued to look at her feet. He spoke again and said, “Look at me. I don’t like it when people lie and not tell the truth. Is it true that the prefect said you stole something from the book store? What did you take?”

It was at this point that the student could not stand it any longer and let the tears stream down her face. She probably felt guilty for what she had done.

After a bit of coaxing, she admitted to stealing the box of color pencils. Unfortunately when the prefects were pursuing her, she accidentally dropped the box and it fell into the drain.

Salleh then asked her about her family and found that she came from a relatively well-to-do household. She answered all of Salleh’s questions afterwards because he did not immediately scold her in the beginning. He then sternly told her not to repeat this again.

He said, I advised her not to steal anymore and explained that it is not right to do so. We cannot steal from others even if we are poor and have little money.”

He said his piece and after telling her a few stories and talking to her some more, she calmed down. He sincerely believed that this student will change in the future and for the better, so he did something most of us wouldn’t have thought of.

Salleh told the girl “Do you want the color pencils? It is my gift to you since I have many boxes. Wipe away your tears first.” Upon hearing this, the student did as she was told and wiped away her tears. She then accepted the color pencils that her teacher handed her.

Instead of scolding her, Salleh told her it was wrong and made sure she promised not to do it again

According to Salleh, as soon as the pupil received the box of color pencils, her eyes lit up and she was ecstatic. He says, “Sometimes, not all our mistakes have to be dealt with harsh punishments. Sometimes, forgiveness is more important. Sometimes, a gift has the ability to change a person’s behavior as compared to the swing of a cane or scolding. Sometimes, what we do today will shape a person’s identity 20 years in the future.”