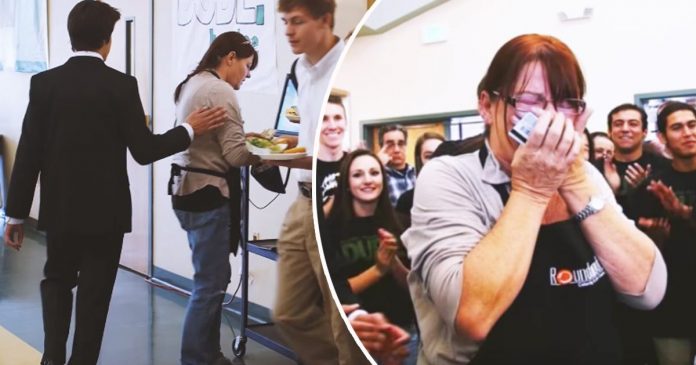 As a cafeteria worker at a high school, it is not uncommon for their job to go underappreciated. Plus, it does not help when the typical portrayal of a lunch lady in the films and dramas always shows a grumpy and cold character.

However, it is the opposite at Bishop Manogue High School in Reno, Nevada where the students simply adore their lunch lady who is more famously known as ‘Lunch Lady Lynn’. It is not a surprise why the students love her as Lynn always serve them with a warm smile as she calls them by their own name. 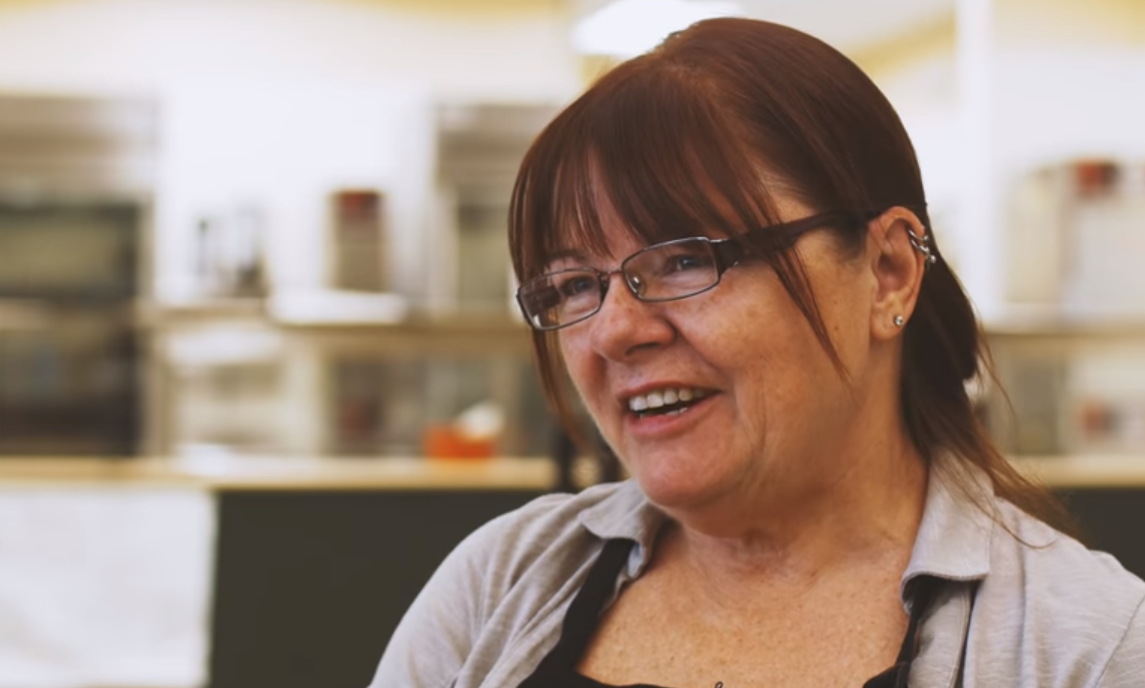 So, when the ‘Dude Be Nice’ project, a project that inspires students to honour the unsung heroes in the community in creative ways made it way to Bishop Manogue High School, the students already know who they were going to give the honour to.

To say their thanks to Lynn, the students were determined to give her a really special day for all the things she had done to them.They set up posters around the school but Lynn never had any idea that all the fuss was for her! 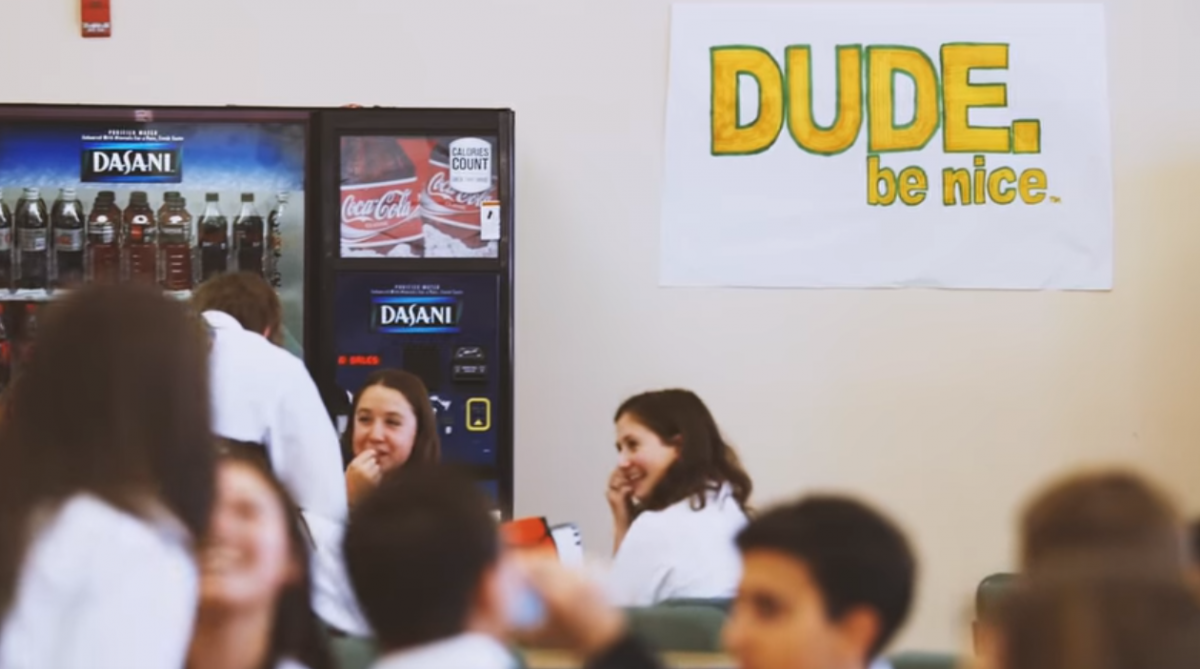 In one ‘interview’, Lynn was asked by a student about what she felt about the project and she naively answered that she loved how much efforts that the students put into the project.

“During the interview she’s like, I love this school. Like look at all these ‘Dude Be Nice’ signs, they’re doing something,” Lynn said.

Little did she know that the students had prepared a grand surprise for her. When it was time to reveal the surprise, one of the students who dressed up in a suit tapped her on the shoulder and brought her to a table 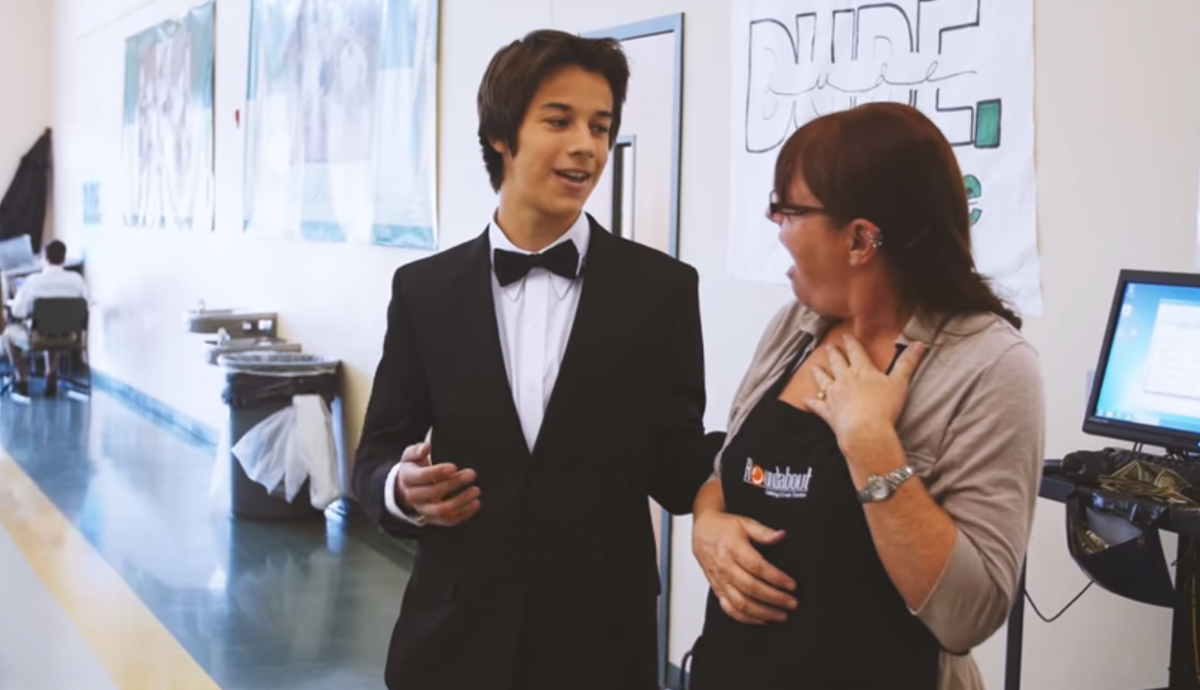 Lynn who was working at that time followed the student and sat in front of the table, not aware of what was coming next

Finally, the students revealed the surprise to her and she was immediately in tears! Lynn was served a five-star meal, a delicious style Memphis style BBQ, her favourite from her hometown Tennessee 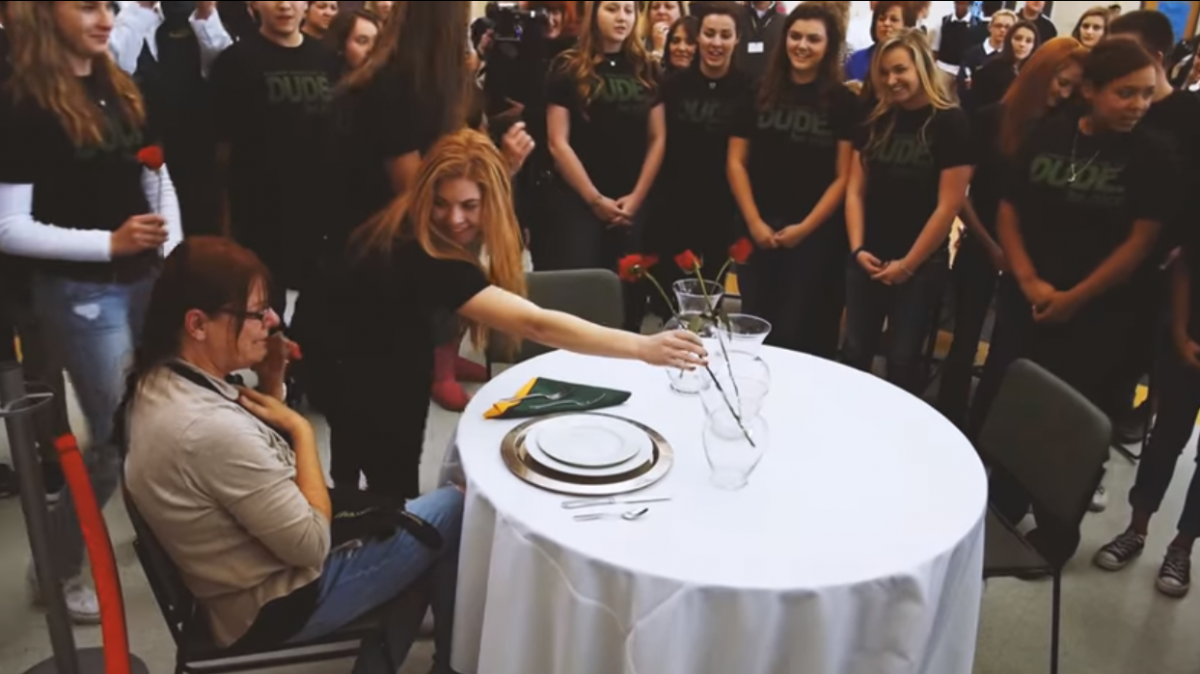 However, the surprise did not just end there. They then surprised her with a Southwest airline gift card so she could fly back to visit her sick mother. It was hard for her to go back home due to the high prices of the flight ticket 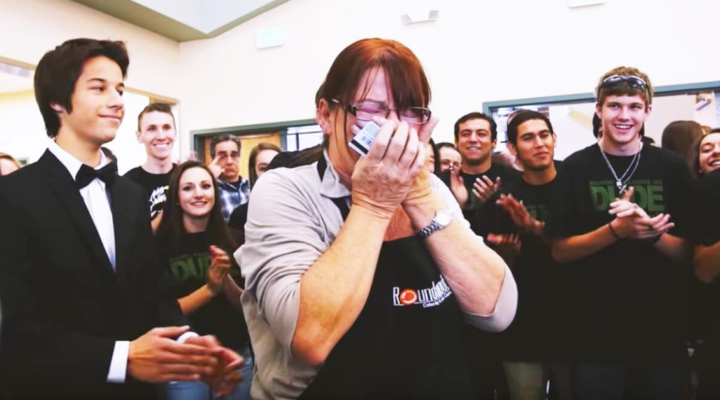 “She doesn’t even really know how much we do care about her, so it’s important for her to know that what she does every day really makes a difference,” said one student.

Lynn was absolutely moved by the grand gesture. “I had no idea,” gushed Lunch Lady Lynn. “I love these kids, they’re the best. Oh, this is awesome, thank you guys!” 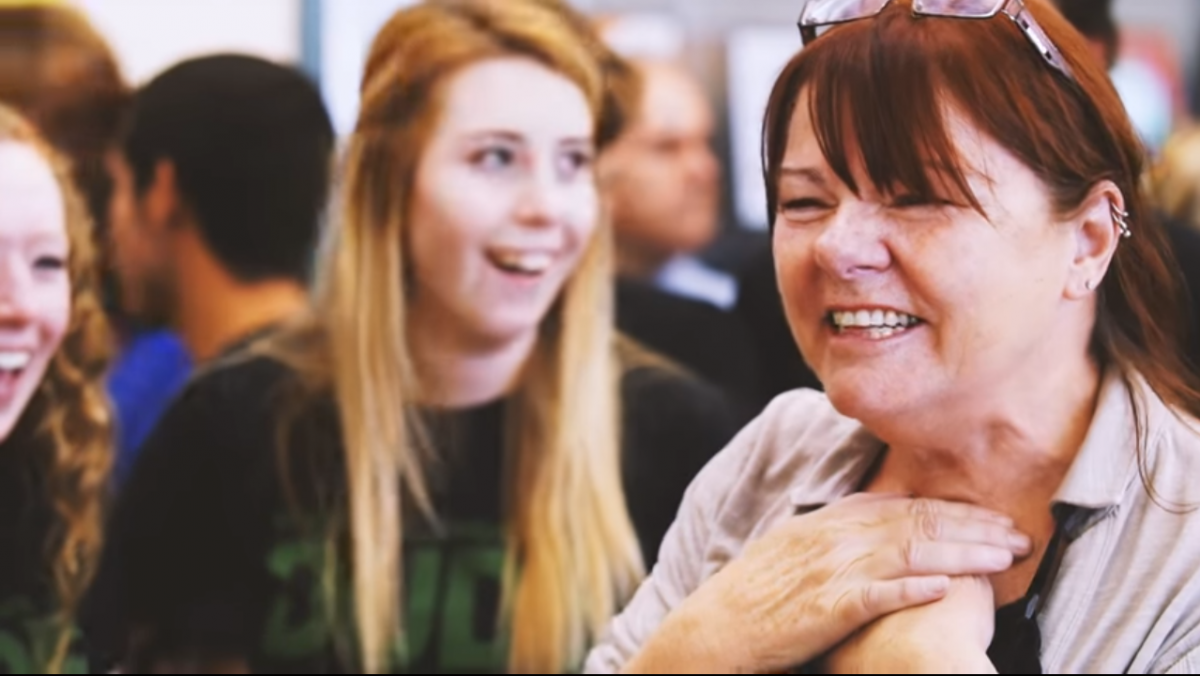