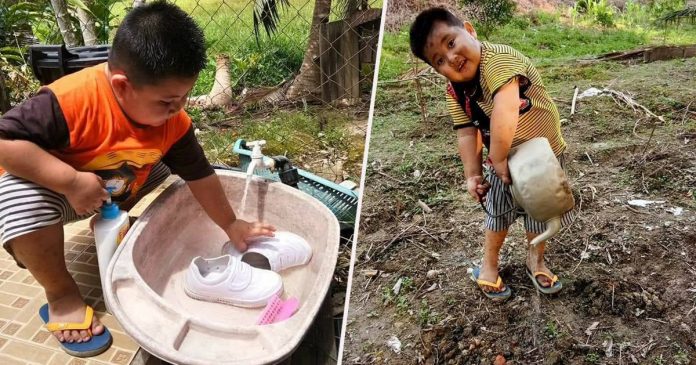 A great majority of children nowadays are becoming more and more pampered by their parents. They can be seen glued to the screens of their mobile devices for a good portion of the day. Admittedly the times are changing and this is simply the way in which children connect with their peers and learn about the world around them. This should not come at the cost of them being unable to do hands-on work such as household chores and cleaning up after themselves. 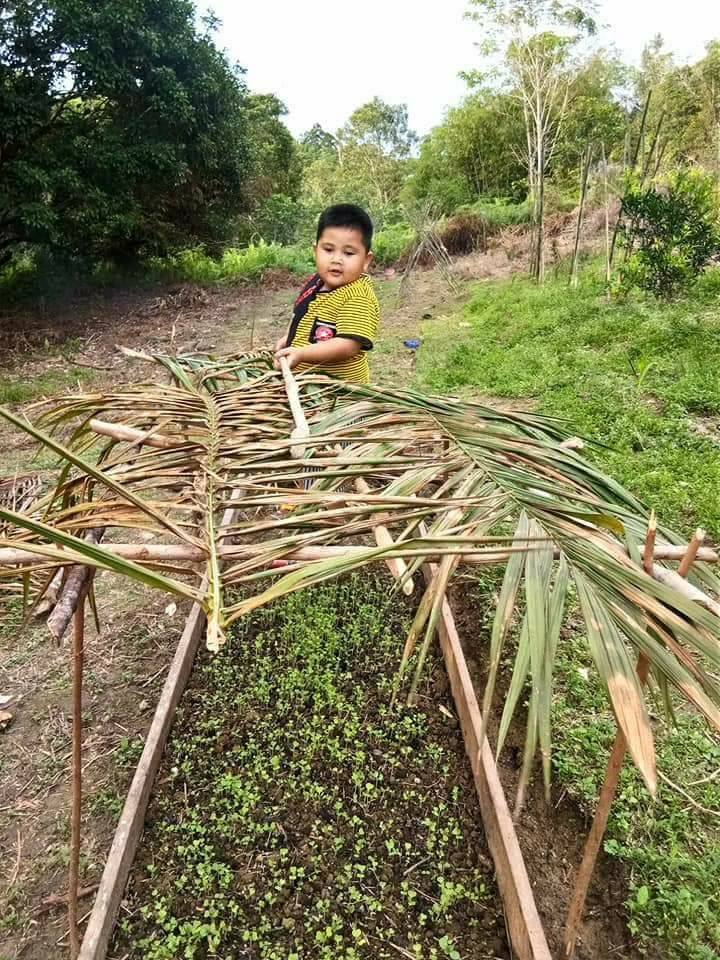 Seeing as both spouses in most families need to work in order to support the household, young children are either left at daycare or at home with their maids who are at their beck and call. These children will not feel the need to do housework because there is someone employed to do it for them. This boy from Sarawak however, is a diamond in the rough. 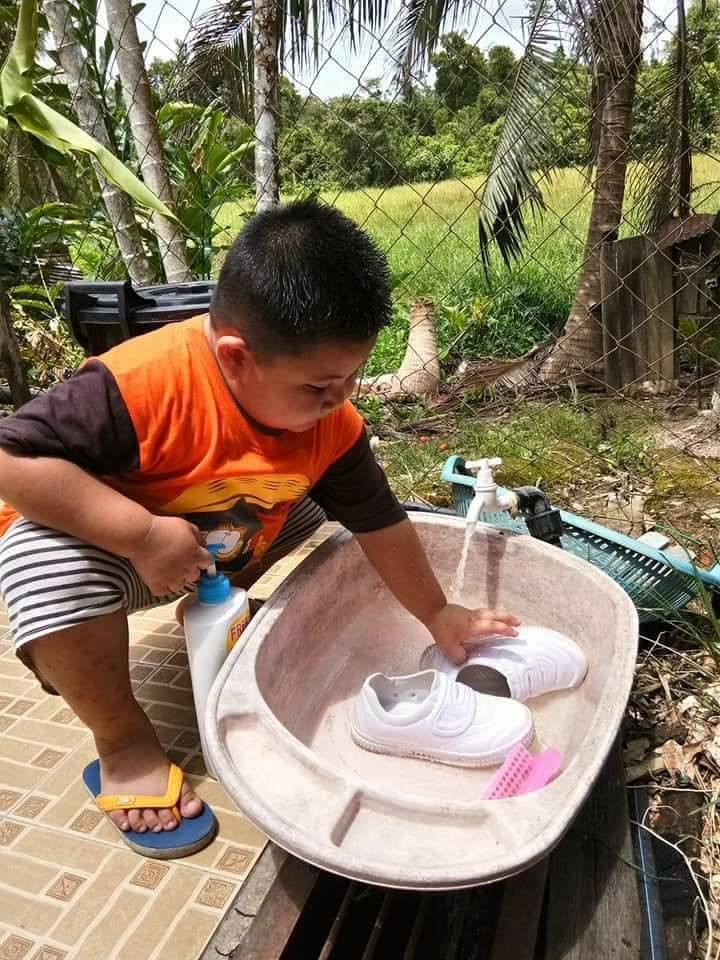 A netizen named Cikgu Emmet (Teacher Emmet) very recently shared a story of a young boy named Joaquim Johaness on Facebook. The post included pictures of the chubby kid helping out around his home and the internet went crazy for him.

And he can’t possibly go to class in dirty clothes 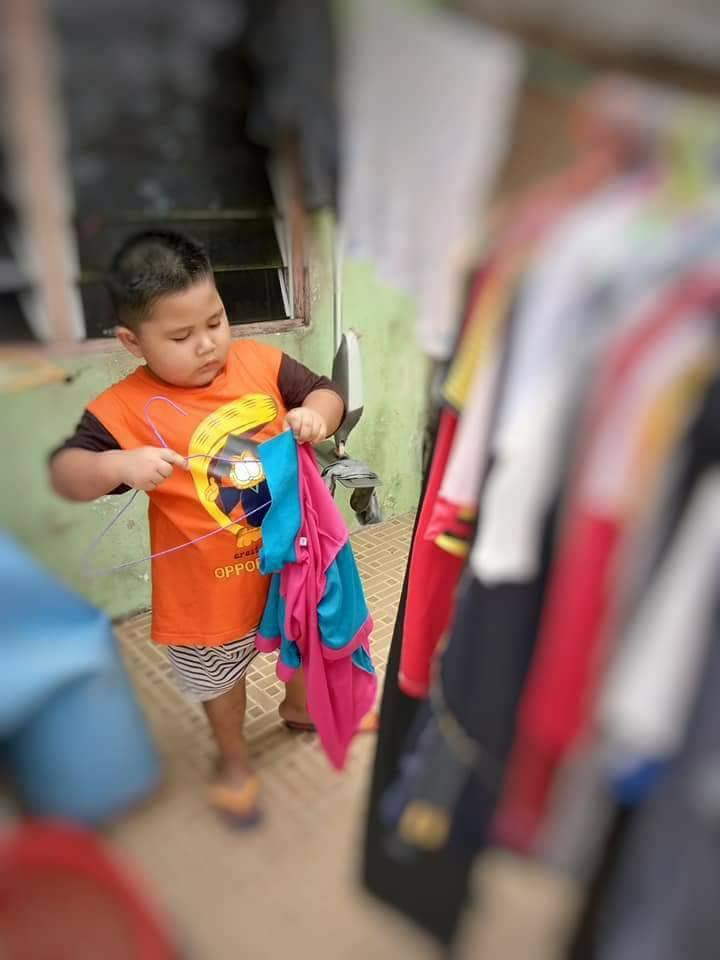 According to the teacher’s post, Joaquim Johaness or as he is affectionately and more commonly known as Jojo, is an exceptionally hardworking 5-year-old. He is a pre-school student  studying at the Sekolah Kebangsaan St. Augustine Betong in Sarawak.

When he’s done with the chores at home, he follows his grandparents out to the garden 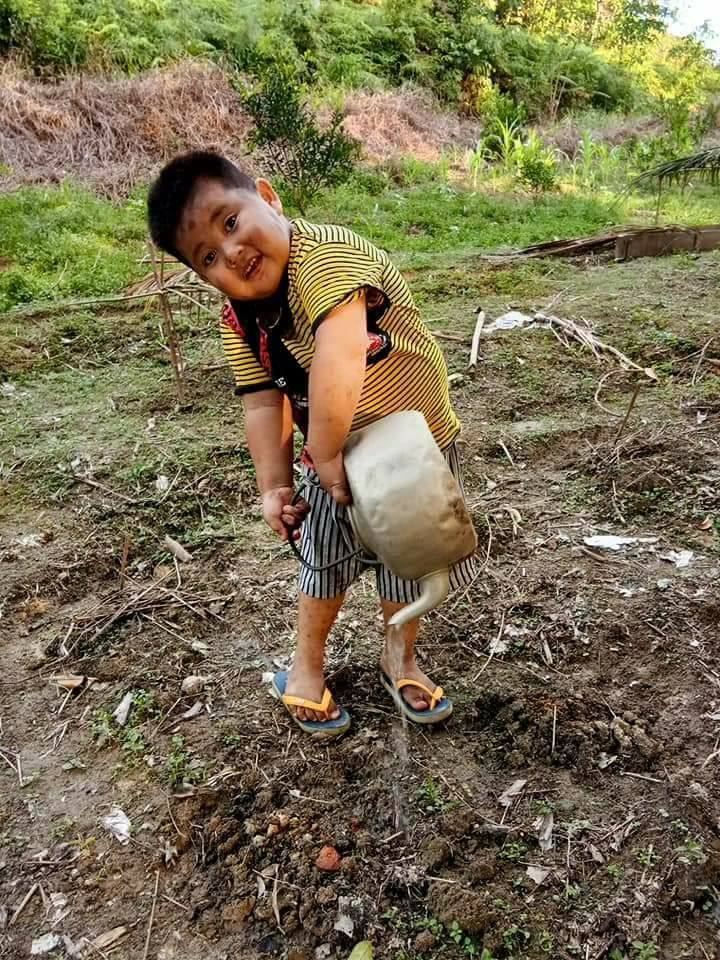 Cikgu Emmet said in his post “While the other kids in the city are spending their free time on gadgets and video games, there are kids living in the rural areas like Jojo, who utilizes his time on wholesome physical activities which help to promote independence.” 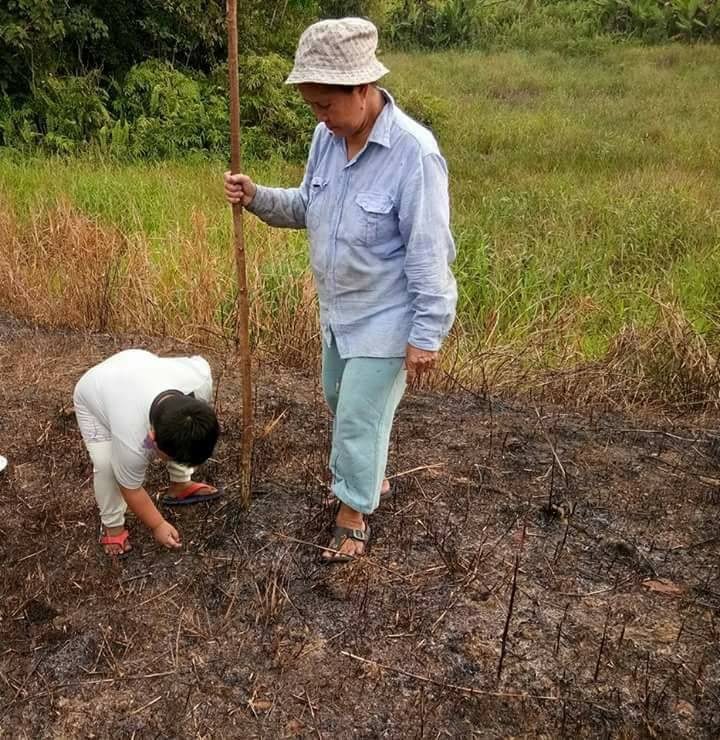 Despite being only 5-years-old, Jojo already knows the importance of lending a hand around his home. He helps his grandparents with the house chores as well as the gardening. He has even learnt how to work a hoe under his grandfather’s supervision. 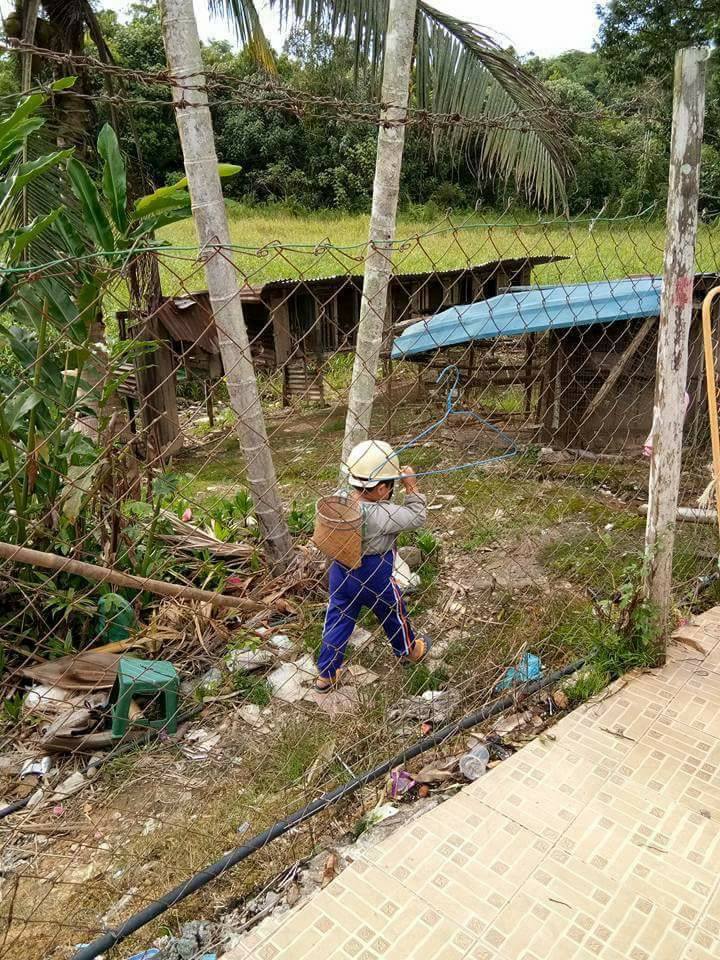 All in a god day’s work! 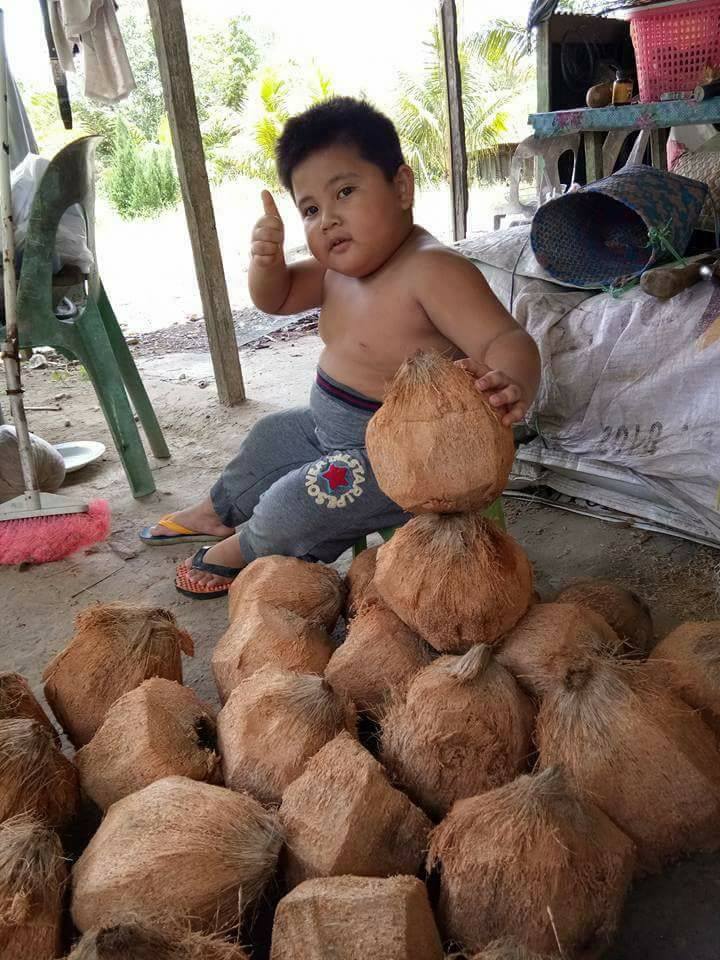 Internet users were thoroughly impressed with Jojo’s willingness to help his grandparents with the household chores. Many netizens commented on the post, reminiscing about their experiences while growing up in a rural area. Some pointed out that city kids are really missing out on their childhood because of their addiction to their mobile devices.

Cashier tried to help a lost girl with luggages in the...

This Little Girl is Always Teased Being Born with a Soul...