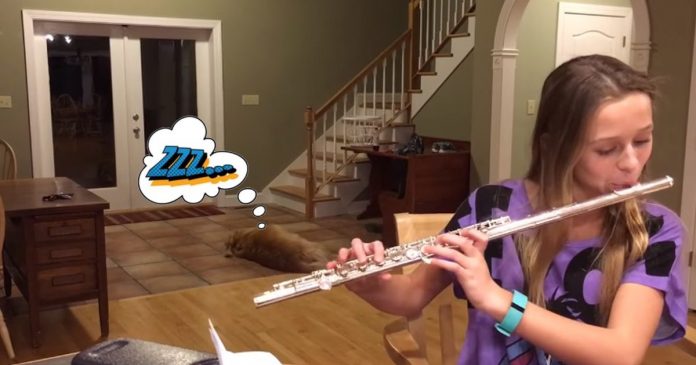 Acquiring a new skill takes a hefty amount of diligence and willpower. In the case of picking up a new instrument, your playing will not sound the greatest when you first start. Only with substantial practice can you improve yourself and that means hours of bad playing in order to progress.

Your family would take the brunt of your constant practicing but most of them wouldn’t mind. In the case of this family however, it is the pet who has had enough of his master’s practicing and he made sure to let them know how he felt. 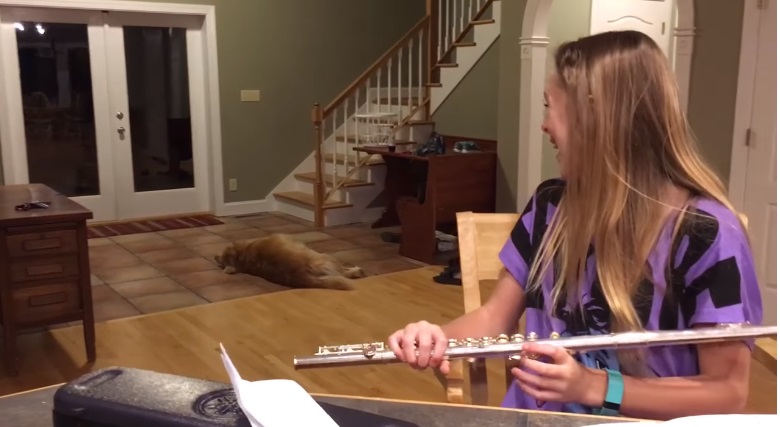 The hound can be seen looking utterly dejected laying on the floor behind his owner who is practicing her flute. When he had as much as he could take, he started to complain in the only way he knew how. This resulted in a hilarious battle for peace and quiet between owner and pet! 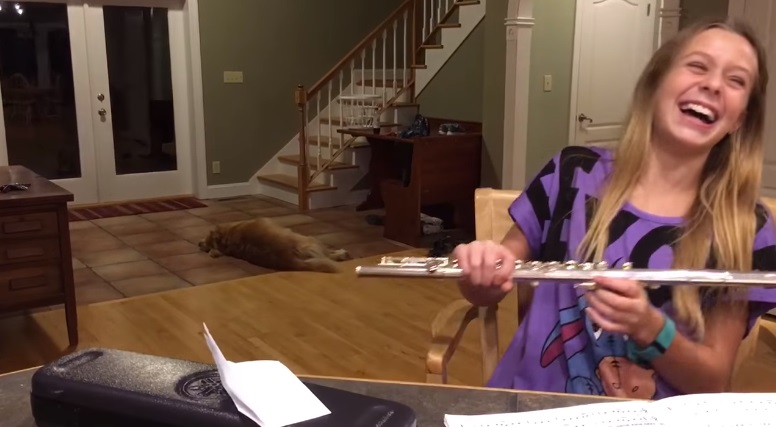 The family even caught it on video and it’s priceless!