To become an officer in the police department, you have to undergo several tests. Each test will measure your physical fitness and psychological health to ensure you are well enough to handle the responsibilities of a police officer.

However, the Indiana University Police Academy (IUPA) has a different way of testing its students. What may be their final week of training before becoming a full-fledged police officer, the students have to undergo a test to measure their focus and composure known as the ‘Chicken Test’. 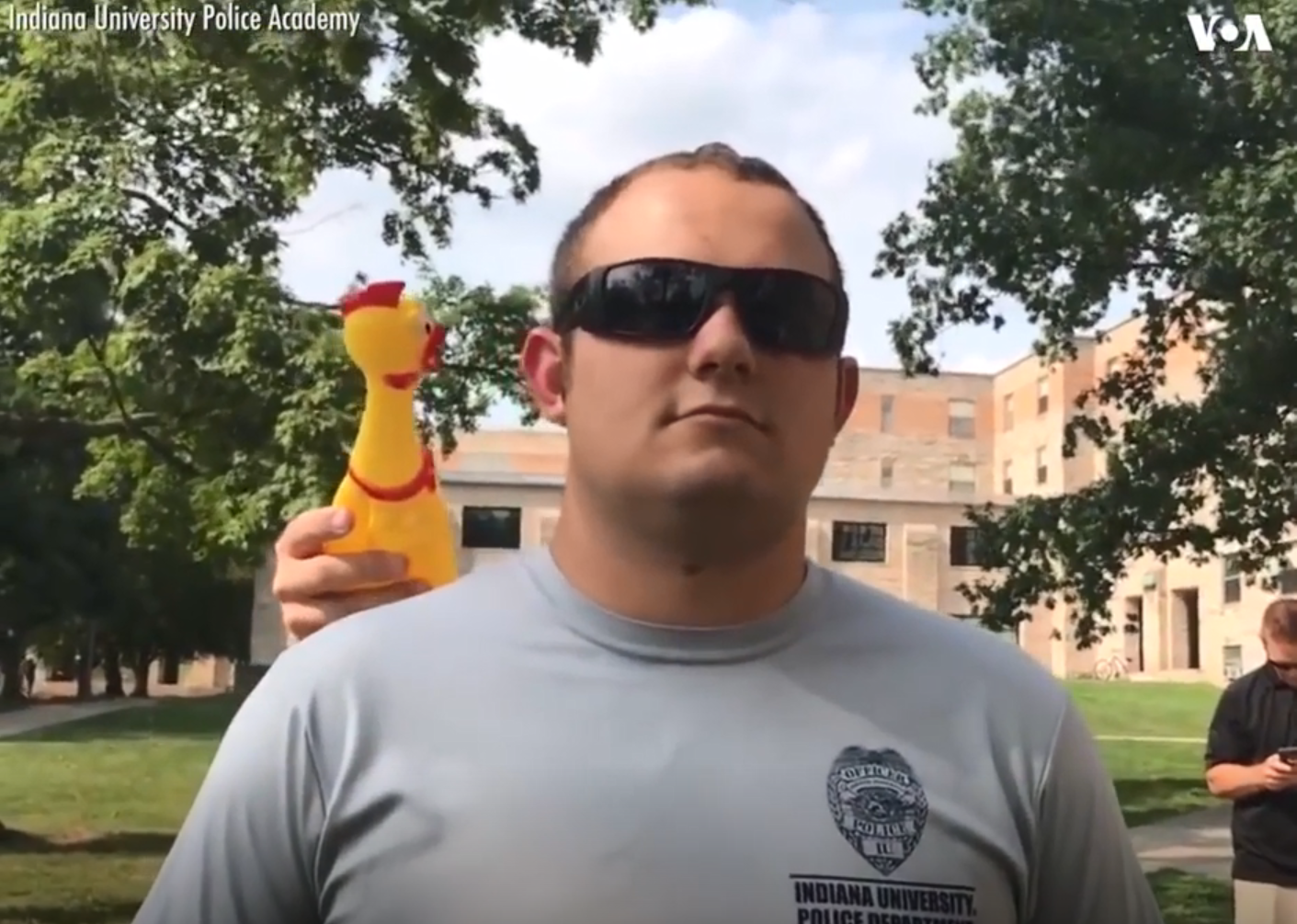 Watch the hilarious video here. See if you can hold your laughter:

The students were lined up on a lawn as the instructor slowly crept behind them and squeezed the rubber to their ears and faces. The toy made an annoying sound and students would have to maintain their posture and facial expression. 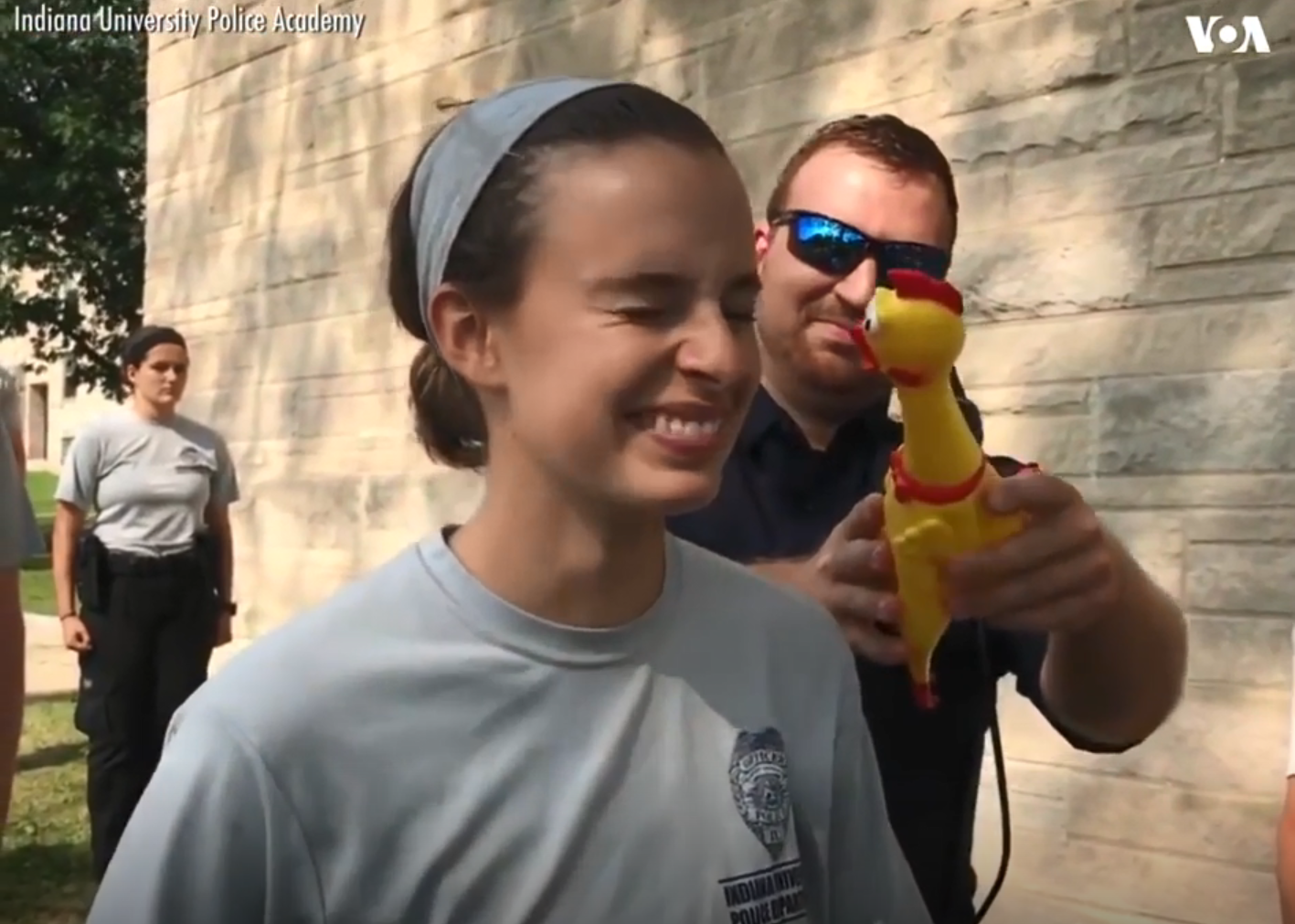 Though some managed to pass the test excellently without bating an eyelid, there are those who failed just when the instructor approached them with the toy. Cadets who failed to maintain their focus or seriousness either by smiling or laughing were instructed to do push-ups. 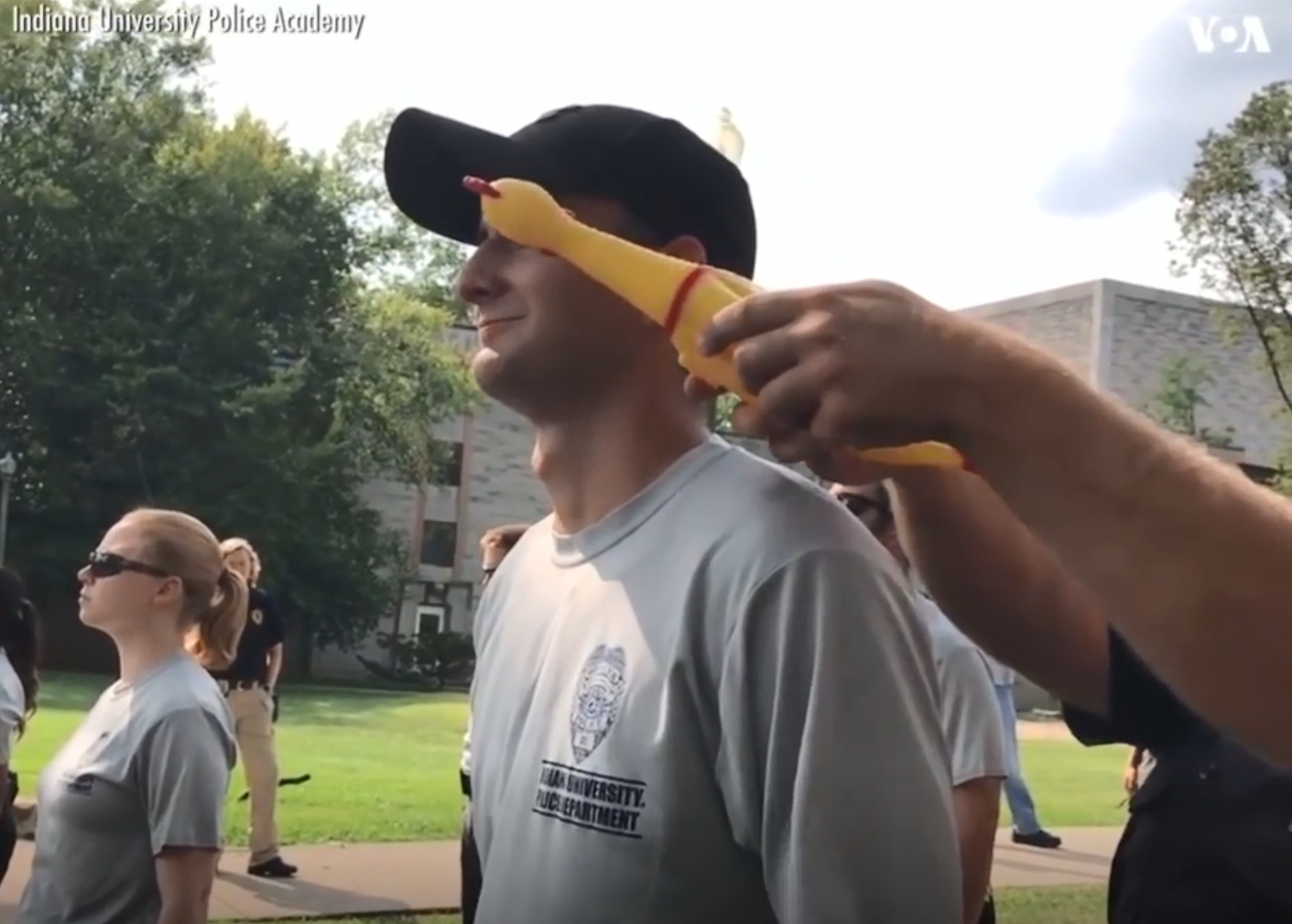 The students were in their final week of training. After they have graduated, they’ll become certified law enforcement officers. Good luck cadets!