Music has been proven to attract both humans and animals. Musical instruments were designed to produce sounds which if played properly, can be soothing and calming to everyone.

The same goes to this little girl. One day, she decided to bring along her accordion the a farm and played it there.

Little does she know of what was about to come next 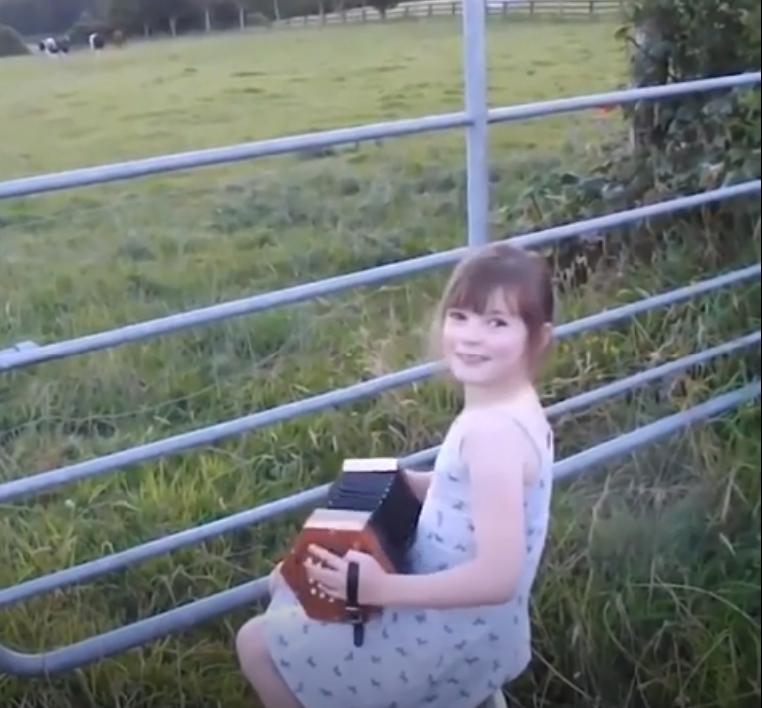 The girl played her accordion beautifully. Suddenly, a herd of cows started to approach her 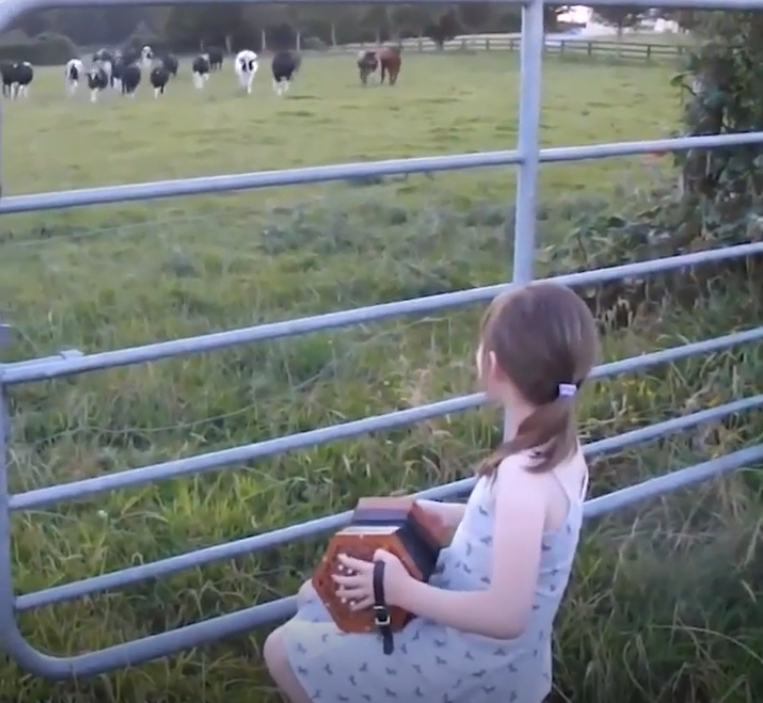 The cows kept getting closer. It looks as though they’re going to stampede and break through the gates.

However, they stopped when they noticed the girl and just stood still 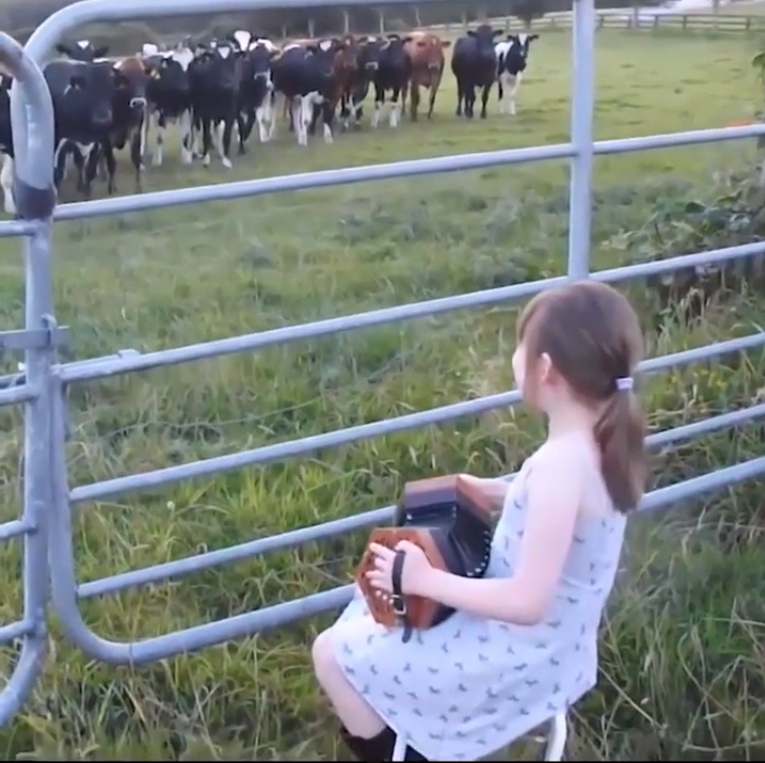 It seems that they wanted to listen the little girl’s performance. What a lovely crowd the girl has.

UNBELIEVABLE—Lion and dog share a special bond, their friendship is just...