Monkeys are well known for their cheeky and naughty behavior. They sometimes like to steal your food when your are not observing.

However, this monkey decided to take it to the next level. While he was doing his usual business swinging from tree to tree, he noticed two sleeping tigers.

Feeling cheeky and naughty monkey, the monkey decided to pull the tigers’ tail 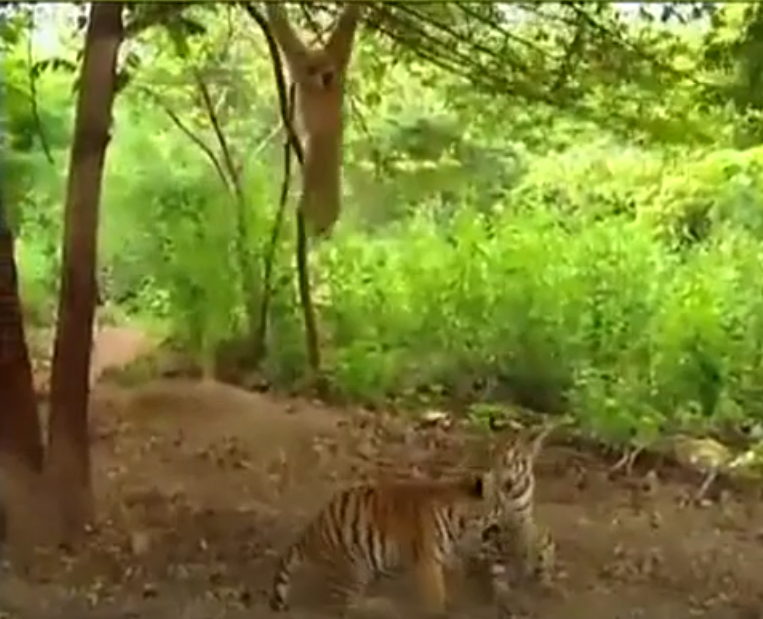 Watch what happened to the monkey at the end:

Feeling angry, the tigers tried to capture the monkey. But they failed due to the monkey’s agile reflexes. The monkey managed to escape and dangle on the trees staying above ground to avoid the tigers.

However, he decided to taunt them further by coming down from the trees 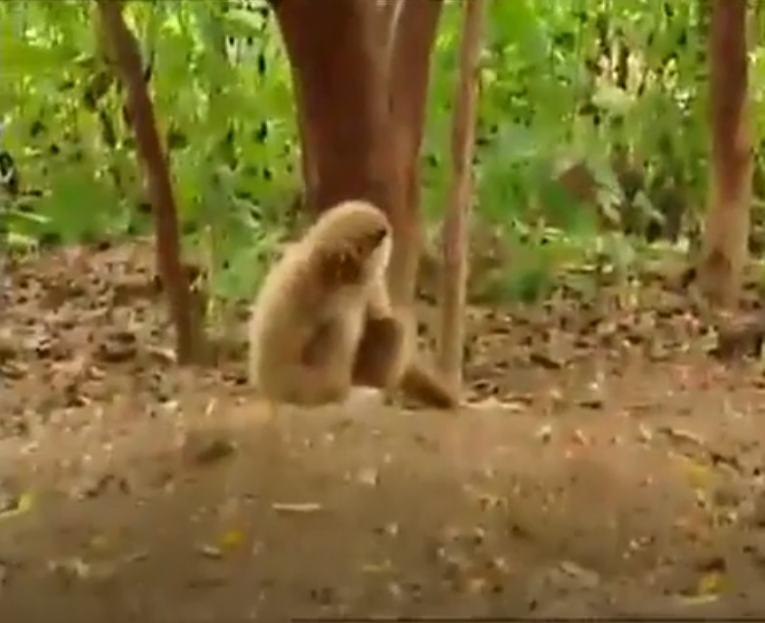 The monkey gets nearer and managed to pull one of the tiger’s ear and tail. The tigers grew angrier 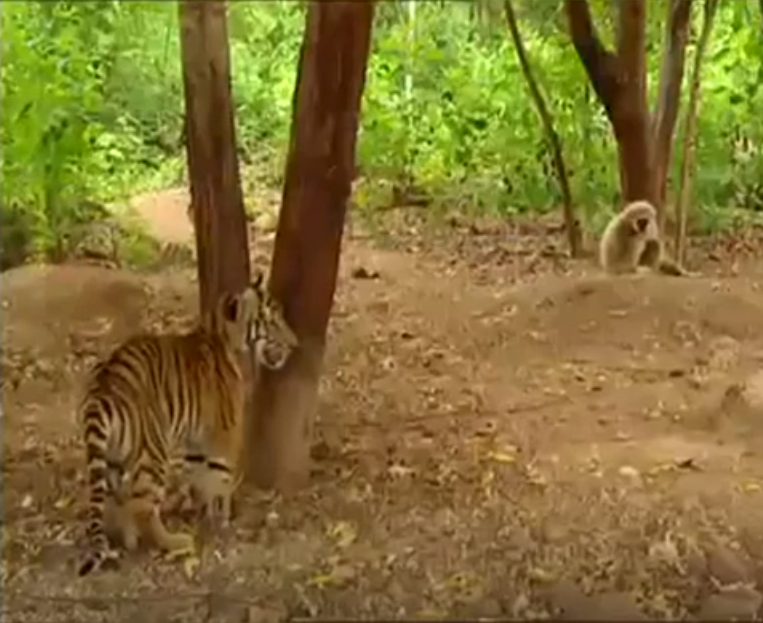 The monkey managed to escape once more but he does not stop there.