Sophia and her fellow classmates are supposed to perform a mellow rendition of Moana’s “How Far I’ll Go” on their graduation day. Like any typical choir, they are expected to stand still while performing before the audience but Sophia decides to go all out instead and the netizens love it!

It was the class graduation and they picked the popular song from the animated movie, Moana for their performance on that special day.

Unlike other children, it is hard for Sophia to stand still and sing softly to the song 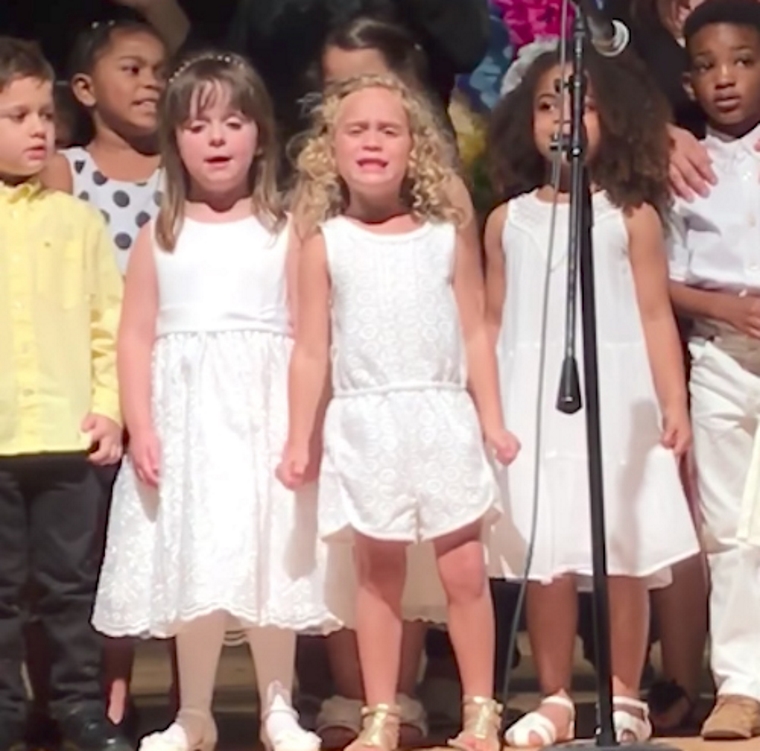 So, when the song comes on, Sophia opens her mouth, raises her both hands and gives the performance of a lifetime! 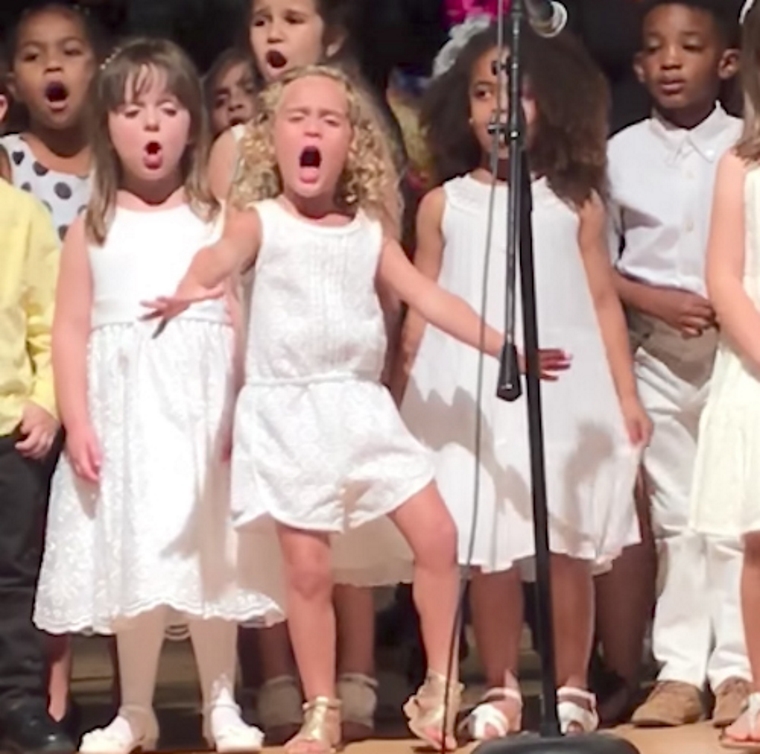 Watch how passionate and dramatic her on-stage antics are here

While other children stand shyly at the back, Sophia stands at the centre and belts out to the song like she means every word of the lyrics! 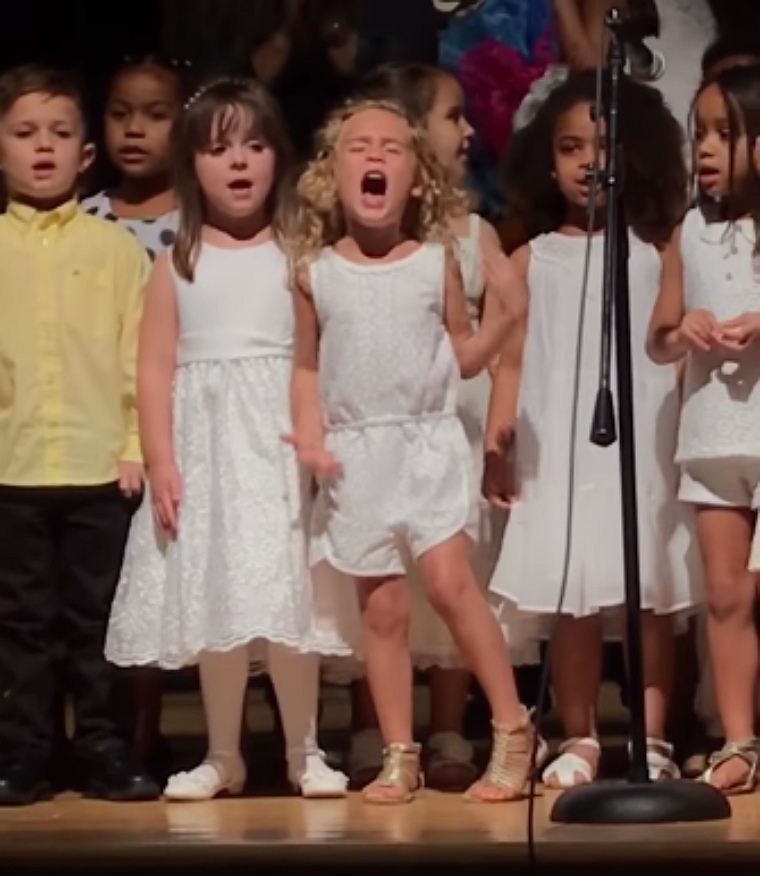 Thankfully, her mother managed to record her dramatic performance and captured the little girl’s adorable attempt to dominate the spotlight.

Sophia’s mother, Michelle Neshin, later posted Sophia’s video online and it quickly grabs the attention of the netizens. The video has been attracted 17 million views on Facebook and over 1.2 million views on Youtube.

Standing at the front and the centre, Sophia steals the show with her passionate performance, expressive facial expressions along with her emotional hand movements 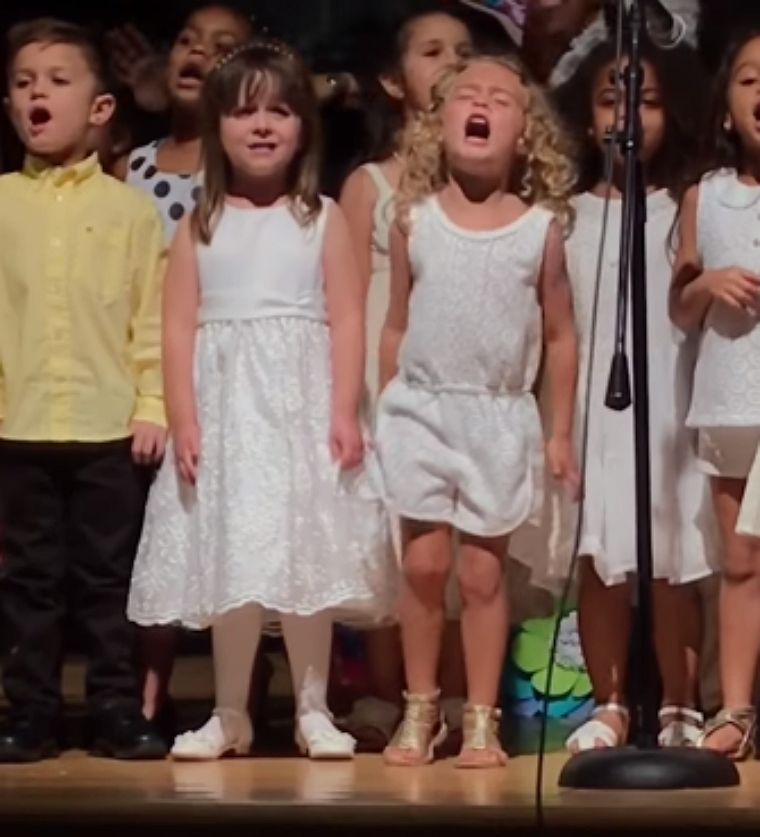 She also adds several stomps of her feet during her performance. Sophia is absolutely hilarious to watch! 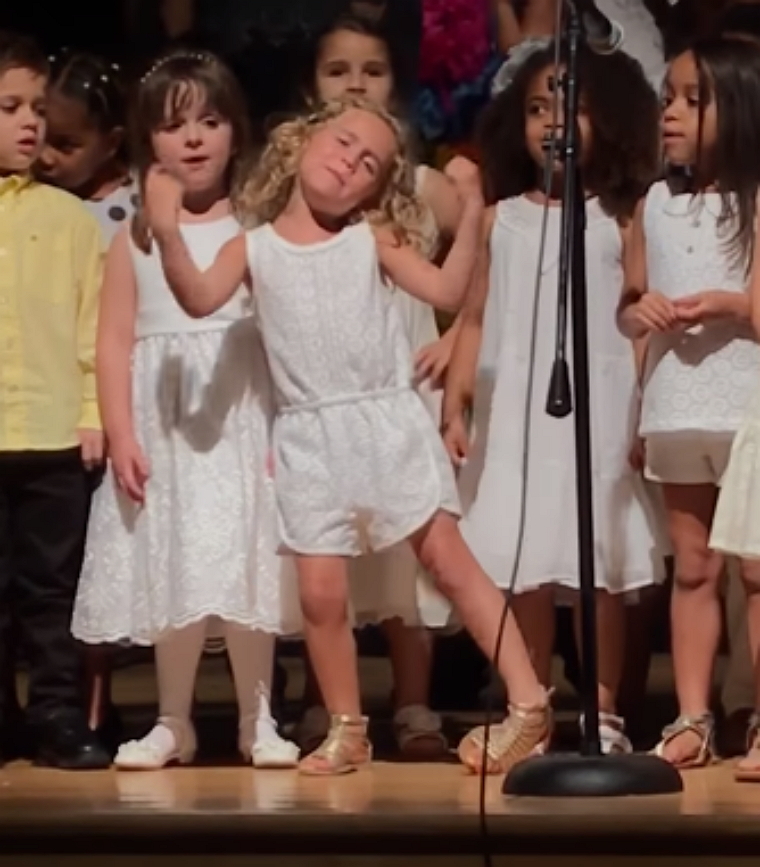