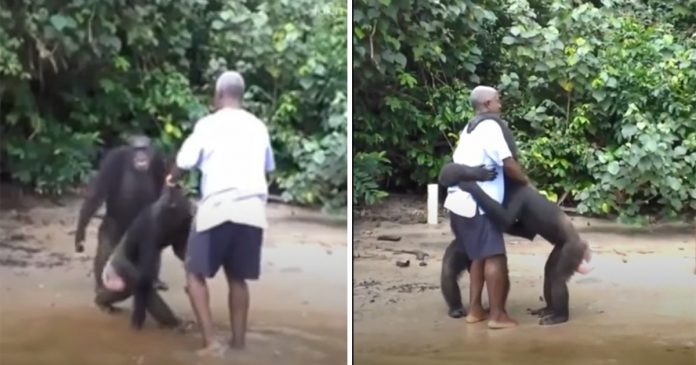 Humans and animals share many similarities with one another, maybe even more than we’d like to admit. Animals have the five senses which humans have as well as the capacity to show emotions. This is not only restricted to household pets but instead extends to animals out in the wild. 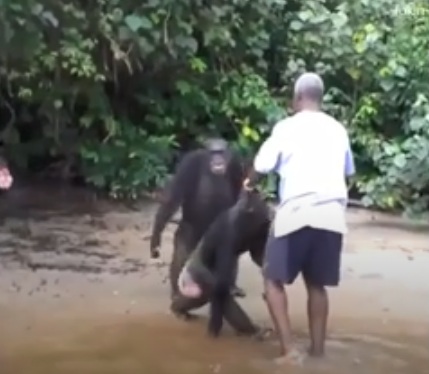 A group of chimpanzees showed that after all the pain and suffering they have been through, they still have the ability to love and show appreciation. Chimps were used in hepatitis research several years ago and once they were done with the testing, they were transferred to a remote island known as “Monkey Island”.

Watch the video below to see the encounter: 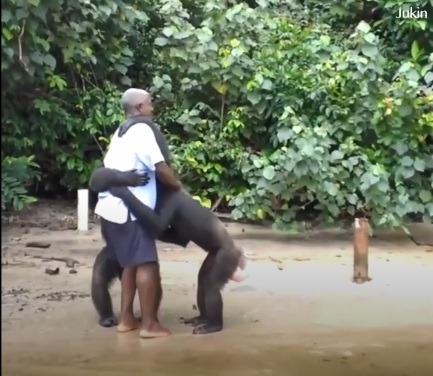 A video was captured showing the moment the chomps favorite caretaker steps foot on the island. The chimps not only recognize him but approach him with open arms signalling just how happy they are to see him.