When it comes to carnivores like lions hunting down their preys like buffalo, we often think that the hunting will end up in a one-sided fight. Lions have claws and sharp teeth but what do buffaloes have?

It turns out those unique and large horns on their head could do more than just chasing away predators as we had believed.

A tourist and his teenage son had a lucky time to witness how powerful buffaloes’ horns could be when the herbivores were in a great danger. It was the afternoon at Kruger National Park and the pair saw two lions were crouching somewhere just a few meters away from their meal of the day—a buffalo.

At their request, the guide stopped the car and they waited in the safety of their vehicle as the scene unfolded before their eyes.

The buffalo definitely stunned everyone who watched the scene. It was definitely brave but we could not deny that he was smart as well!

After almost an hour watching the lions slowly making their ways to the unsuspecting buffalo, the tourists were startled when the lions suddenly launched an attack at the buffalo 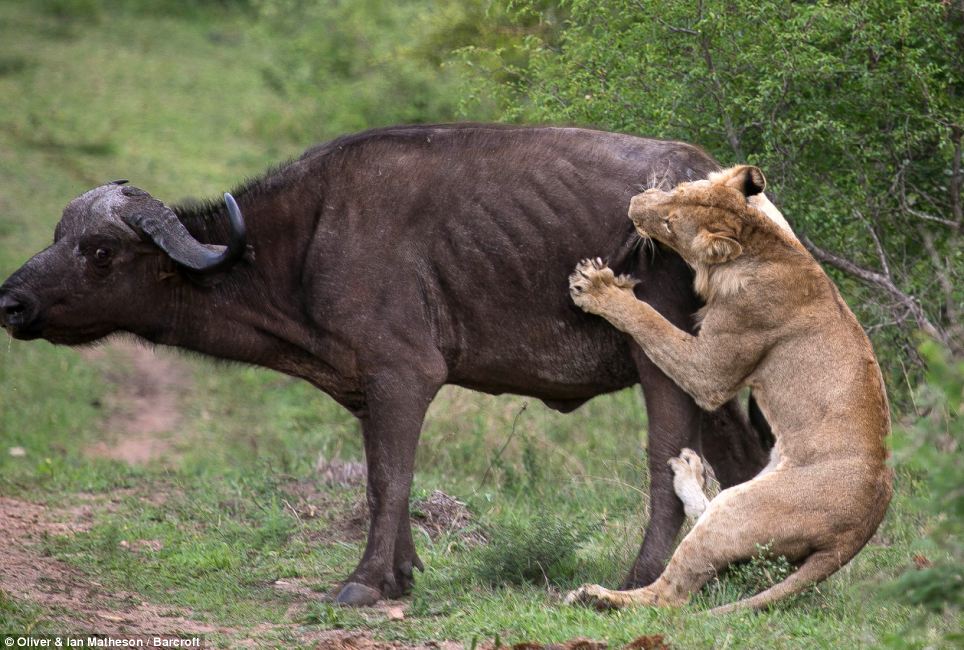 The two lions fought for their meal as they dug their claws into the buffalo’s skin.

Suddenly, one of the two lions got up and left the scene. Apparently, it gave another buffalo an ample chance to rescue its mate.

The second buffalo then rushed in and flipped the lion into the air! 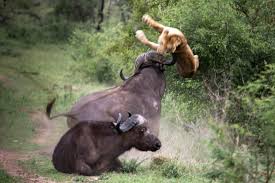 However, it did not end there. The buffalo dug under the lion and tossed him straight up as if the lion was just a piece of paper 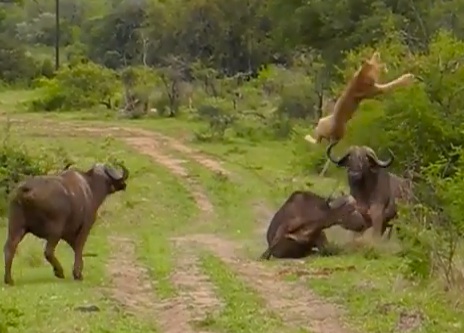 This time, the lion knew that it was best for it to escape before the buffalo gave him another toss into the air.

This old man decided to take a nap on a crowded...