Cristiano Ronaldo was named as FIFA’s best player in the world in 2017 for the fourth consecutive year and is the world’s highest-paid athlete when he secured a $50 million contract with Real Madrid.

However, when he showed off his football skills in Madrid’s Plaza del Callao, the public simply ignored him.

In the prank video which sees Ronaldo wearing a padded suit and messy beard, Ronaldo spent the afternoon wandering around the busy plaza and started doing kick-ups. 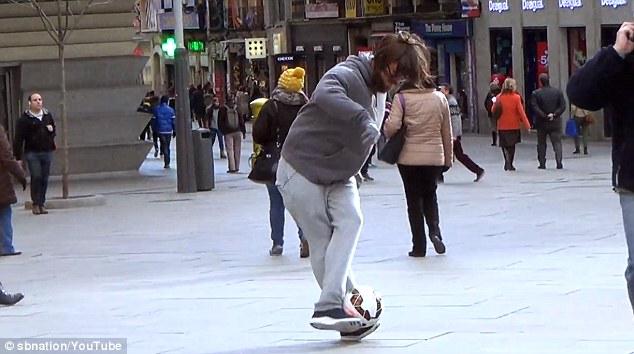 Watch the full video here and see for yourself how the boy reacted after Ronaldo revealed his identity!

Apparently, the cover-up was just too perfect as no one gave him a second glance. Most people thought that Ronaldo was just a homeless man who simply loved playing football 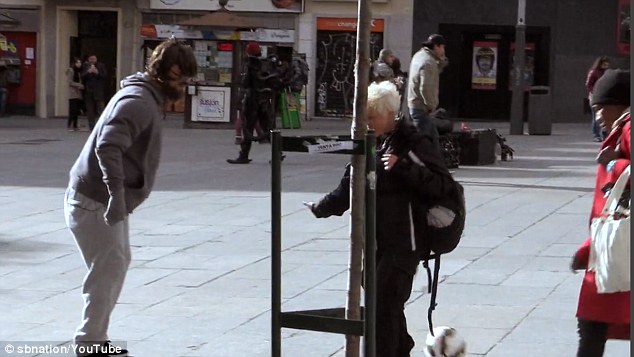 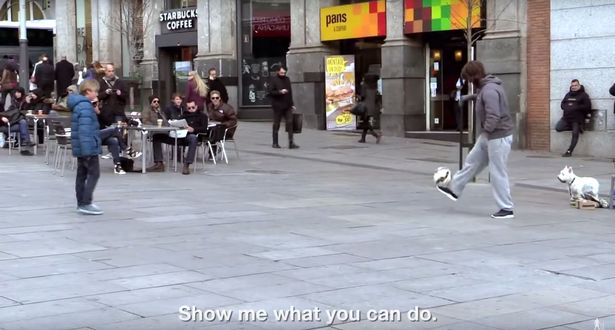 Minutes later, Ronaldo picked up the ball and asked the unsuspecting boy’s name to which the boy replied: “Nicolas.”

After signing the ball he had been playing with the boy, Ronaldo stripped off his disguise and gave the signed ball to the awestruck youngster! 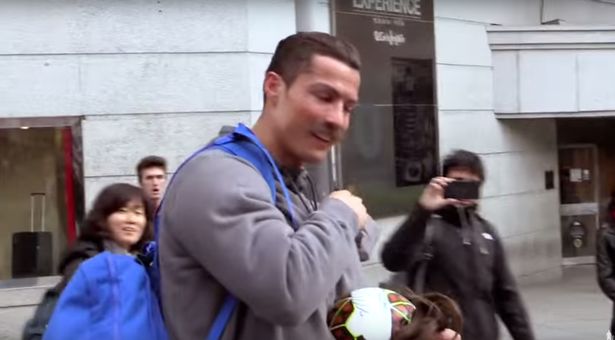