This grandpa likes to dance and nothing can stop him. Not even his old age!

In a video posted on the Facebook page Shanghaiist, the elderly man easily matches his moves with a young woman and the old man barely breaks a sweat while dancing!

The grandpa whom is dressed in a denim shirt, black trousers and sneakers appears to be dancing in a public park with a large crowd who apparently looked impressed with his dancing skills 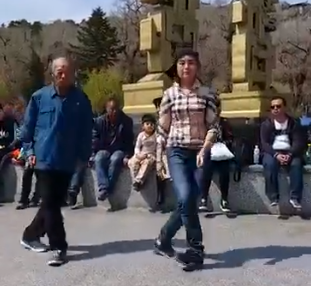 The video which is a little over one minute long has been viewed over 22 million times since it was uploaded on April 28, 2017 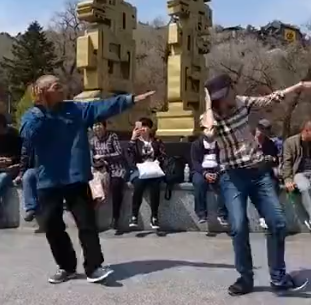 The netizens were also impressed with the dancing grandpa and many gave positive comments on his performance.

“I love the grandpa’s way of dancing. His feet looks so light at his age, he can still move that way,” said one comment.

Another comment wrote: “Grandpa is a smooth dancer. His timing, balance and footwork is awesome to watch. The best thing you can do is get up and move at his age. Grandpa should do his own work out dance video. I would buy it.”

Watch the grandpa breaks out into dance here