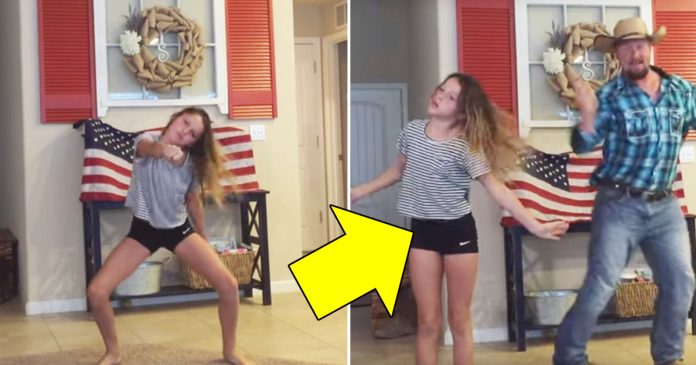 Austynn Samarco is a teenage girl who loves dancing and the girl is not the type who will shy away from the camera.

So, she recorded herself dancing to the popular hit, “Whip Nae Nae” in the living room.

The girl’s dad, Josh, did not think much when he saw her daughter busting to cool moves 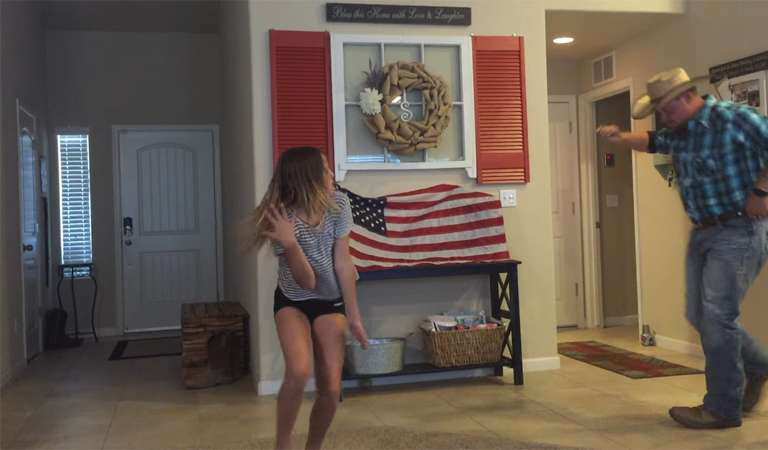 He quickly did what he thought the best; being a guest in her daughter’s dance cover video! 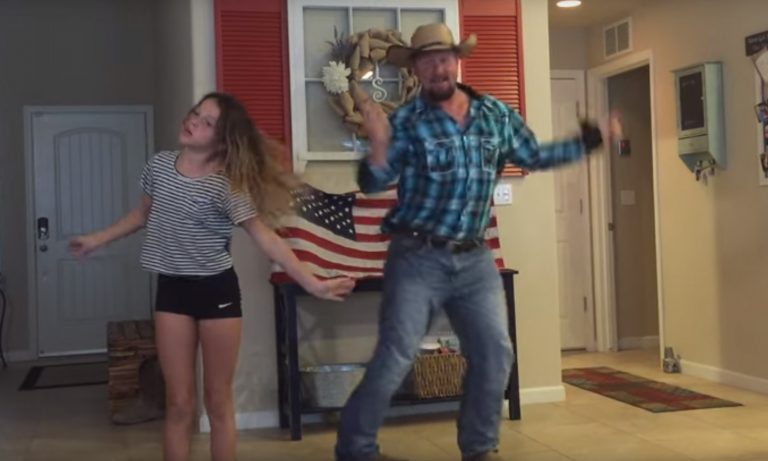 The result is super hilarious and pretty impressive! Josh who dressed up like a true cowboy only made his daughter’s dance video even better.

The father-daughter duo definitely deserves a round of applause for their amazing routine and adorable relationship.

These babies have the best reactions ever when they try to...

This man was trying to cross the land after the massive...